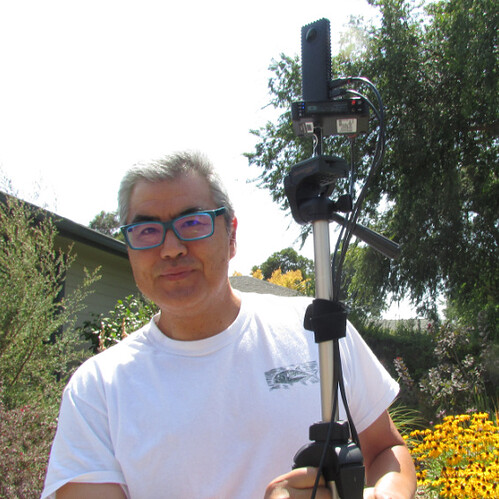 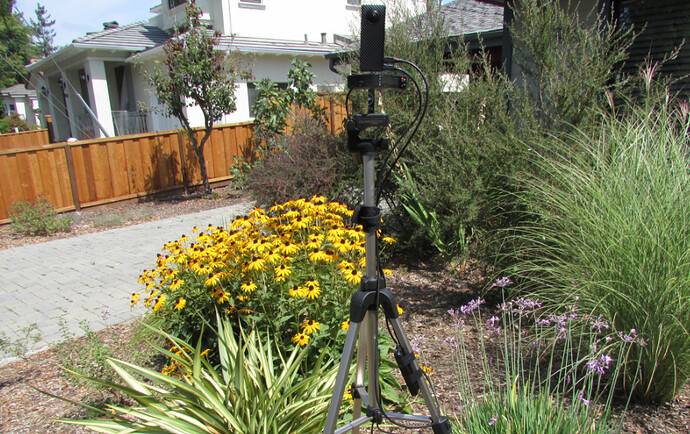 For this rig, you will need to be in range of a WiFi signal. However, if you connect the VidiU to a mobile phone, you can stream from anywhere there is a mobile data signal. 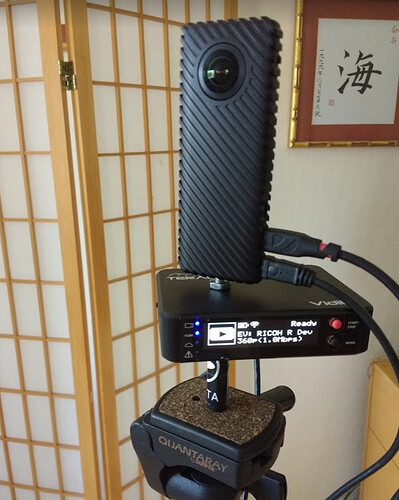 I’m using a reusable velcro and neoprene cable tie to hold the wires to the tripod. I believe that the cable tie was originally for fishing poles. 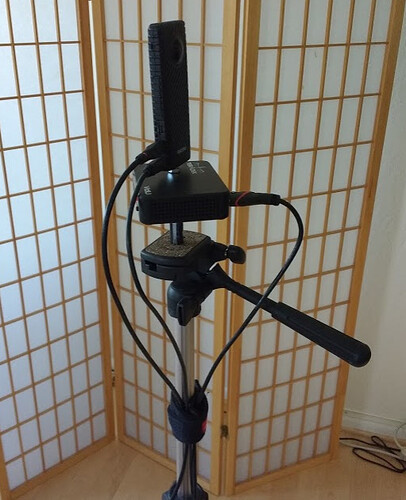 I’m using a normal battery pack for tablets to power the Ricoh R Dev Kit. Although it works, you probably want something that is a bit bigger and capable of 1.5amp output or more. 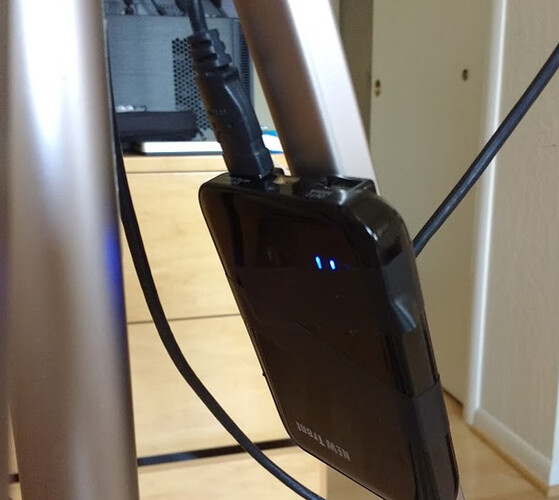 Here’s the full rig in the field 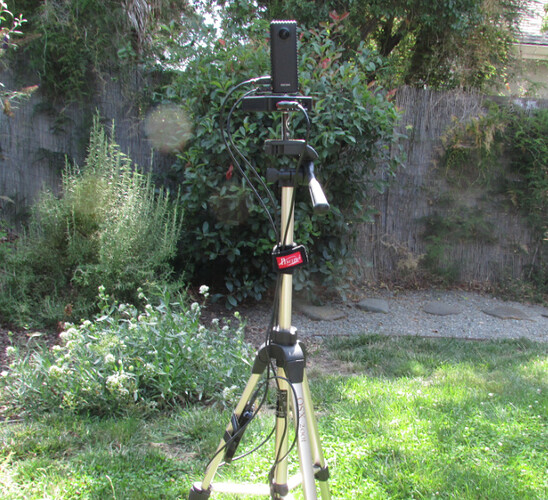 When the Teradek boots, it will automatically search for a network connection. 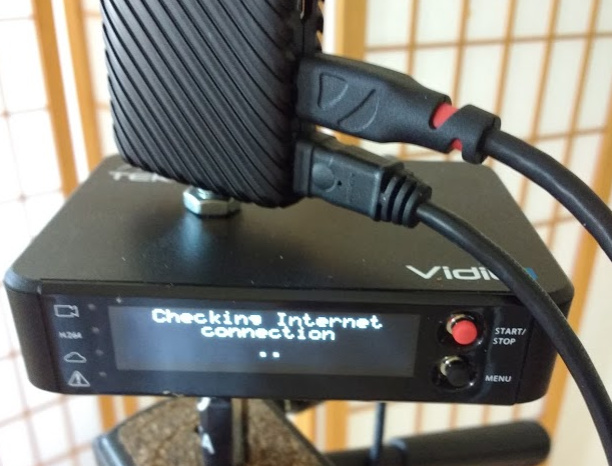 In the Network settings, go to Setup and select scan for available WiFi networks. 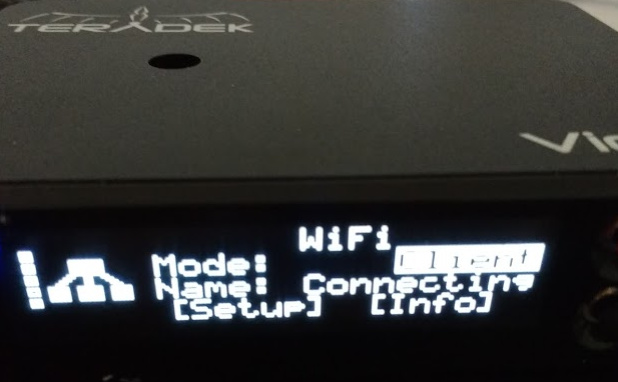 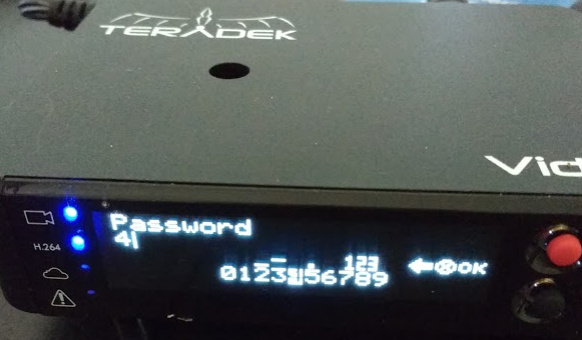 Set up your YouTube live streaming event. Detailed instructions are in this article. 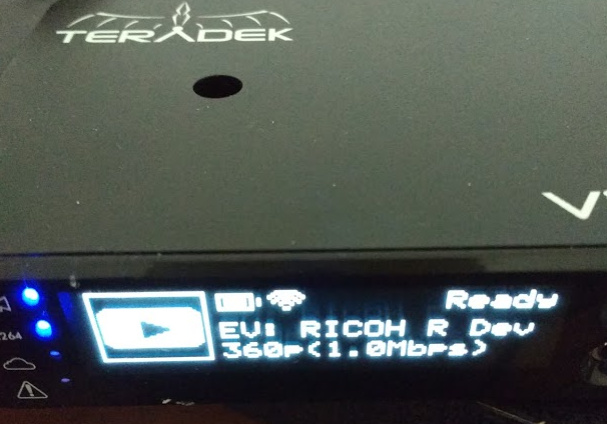 Once the YouTube event is set up, you can either start a preview or start a public event whenever you want, directly from the Teradek VidiU. 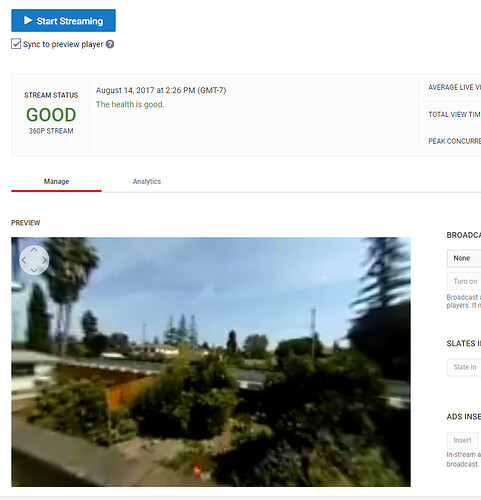 For this test, I had an assistant walk around with the tripod and I monitored the stream from a computer. She first went to the front garden. 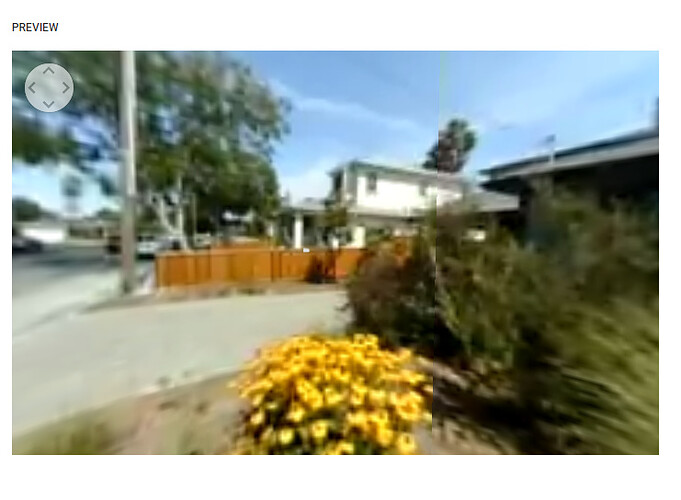 She then walked to the back garden. 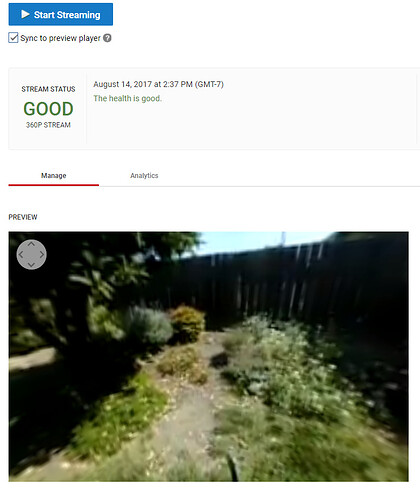 The navigation worked great. I have the stream set to 360p as I have slow Internet bandwidth at my office. If you have better upstream bandwidth, you will get 1080p. 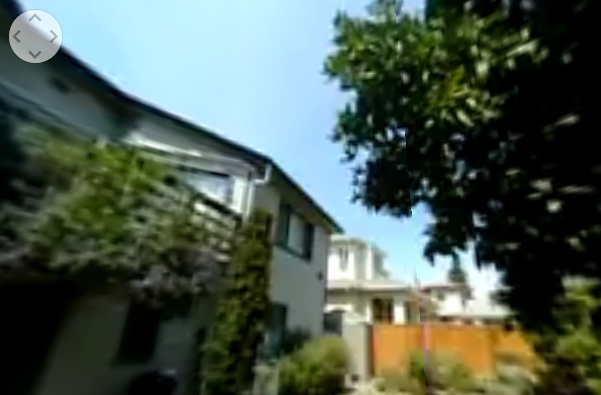 You can live stream 360 events with the Ricoh R Dev Kit and a small Teradek encoder. You’ll need to use a laptop to set up the 360 event on YouTube, but can then control the preview and broadcast directly from the Teradek. Both the Teradek and Ricoh R Dev Kit worked with no problems using rechargeable batteries.

Thinking of the experience for an audience member, moving the camera to different physical locations really enhanced the 360 live stream viewing experience. It was a combination of the videographer showing me new places and the my own control of the 360 video to look at areas that I was interested in.

As I have limited upstream bandwidth, my resolution was limited to 360p, but getting a 6MB/sec upload connection would really help improve the resolution to the max of 1080p. 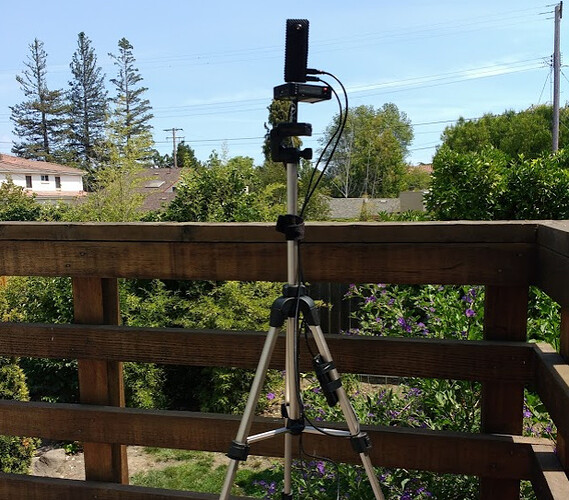 Wow, Just found this post Craig and it’s exactly the route I am hoping to go down with my setup! I love the way you’re thinking about the audience with this. I inevitably have some questions to ask you!

I hope one day I can be the one answering the questions!

Q1: Would this setup theoretically be possible with my Theta V?

No, the THETA V does not have HDMI output. It’s not possible to use the same setup. The RICOH R Dev Kit outputs equirectangular through HDMI.

For the THETA V, you will need to connect it to a small Windows or Mac with a USB cable.

Q2: Have you tested your battery with a Theta V? What battery are you using in the above example?

You can use any battery that is cable of supplying 1.5amps through a USB port. The battery in the picture does not supply 1.5 amps, but it works. I don’t recommend it as it may cause stability problems for streaming for an hour or two. It works fine for timelapse. There are many types of these batteries for under $50.

However, if you are streaming to a computer, you will need to power THETA from the computer (unless you use a Y-splitter).

Suggest you first get the THETA streaming from a portable rig before you make any buy.

This plug-in may meet your usage requirements:

Q3: I see you’re using a Teradek in this example. Is that because you are using the dev kit?

Yes, the use case was for people moving from broadcast and testing 360 video using equipment they had on hand. You don’t need the Teradek as the THETA V can directly stream to YouTube. However, it may be more comfortable to use the Teradek.

Q4: I’m planning to use a mobile data (4 or 5G) modem like this: https://shop.ee.co.uk/features-and-articles/htc-5g-mobile-smart-hub-coming-to-ee I’m thinking a Teradek wouldn’t be needed in this case?

This document is old, but may still be useful.