What I am trying
I am trying to communicate with the camera via wifi while taking pictures. I am using camera API in my plugin to take pictures (I want to set RIC_JPEG_COMP_FILESIZE value). So I am starting wifi p2p connection (with android phone) and when I am trying to open the camera (in the plugin) it throws error with the code WifiP2pManager.BUSY.

Sorry this is a little bit general topic about the problem, but hope someone has experience like this.

You must specify camera control versus plug-in control by opening and closing the resources.

When using “com.theta360.plugin.ACTION_MAIN_CAMERA_CLOSE” with Broadcast Intent, the fact that the plug-in is controlling camera resources will be reported to the camera, and the Camera API will be able to be used.

When using “com.theta360.plugin.ACTION_MAIN_CAMERA_OPEN” with Broadcast Intent, the fact that the plug-in has released camera resources will be reported to the camera, and the Camera API will not be able to be used.

If you’re having difficulty using the Wi-Fi (HTTP) API for the camera from within the plug-in, there is a nice library called theta4j that makes it easier. There’s several minimal examples that we built for a meetup at the link below. You need to go into the branches to see the examples.

Update
This plug-in uses the CameraAPI and also has a WebUI. You need to run a web server inside the plug-in 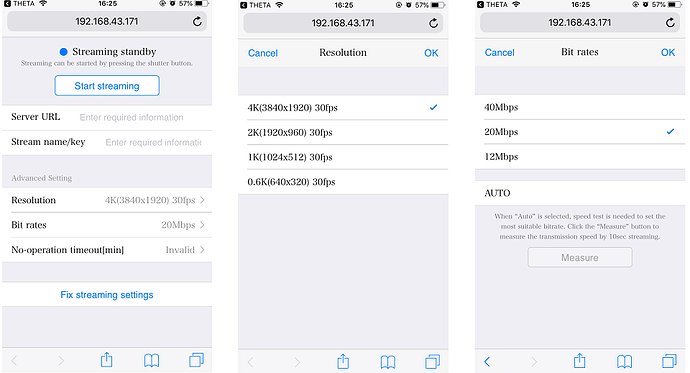 Creating a WebUI for Your THETA Plug-in plugin

This article was originally published by @3215 in Japanese. Hello, this is Ricoh’s @3215. RICOH THETA V runs on an Android-based OS. You can expand the functionality of the camera by installing Android applications. We call these applications THETA plug-ins. We also offer infrastructure for development and distribution of plug-ins. This article shows you how to implement a web UI for THETA plugins. More information on THETA plug-ins is available here. What is Web UI Depending on the funct…

@Vigen_Baghdasaryan, I believe I misunderstood your question originally.

If you’re trying to use the plug-in with a sensor such as orientation or object recognition to trigger a picture with the WebAPI inside the camera, then you need to switch between the two. (However, now I think that this is not what you want to do, so maybe ignore my first response).

thanks for the response.

Yes, you are right. I want to take pictures and communicate with mobile app. The only thing that we can’t do with Web API is image compression (it’s critical for us now). The option with switching between Web API and Camera API can work. The only downside of this option can be time needed to switch between APIs.

I didn’t try yet this option. Will post the results later.