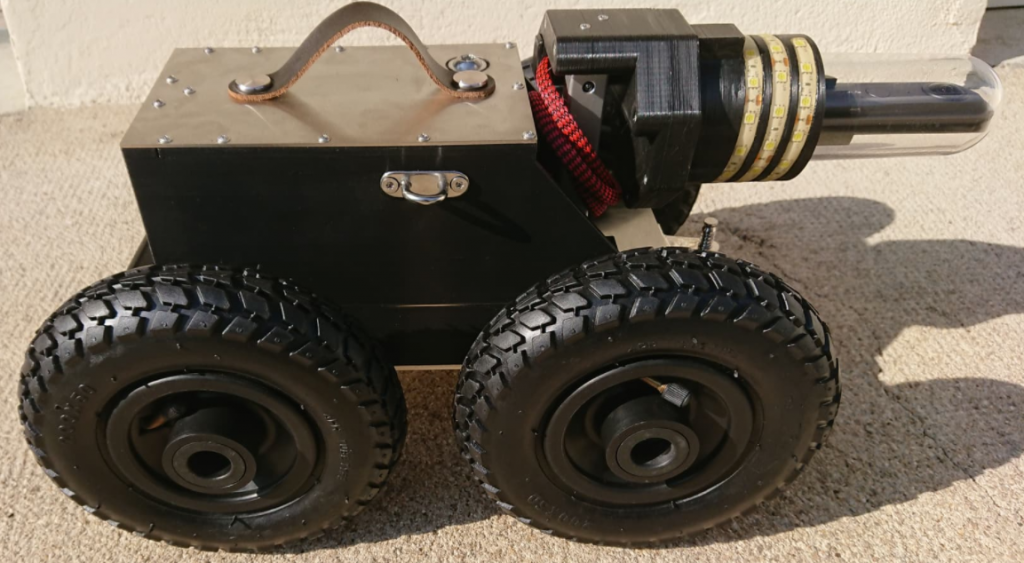 Remote sewer inspection is a key technology in smart and not-so-smart cities. Hugues Perret runs a company, FOX SEWER ROVER, that builds robots that explore the inside of dark sewage pipes under the streets of France. He utilizes a 360 camera on his sewer drones to make sure inspectors can look in all directions. His robots live stream 360° video direct to a laptop, enabling the robot operator to see any cracks or damage. They can look up, down, left, right at any point in the inspection. 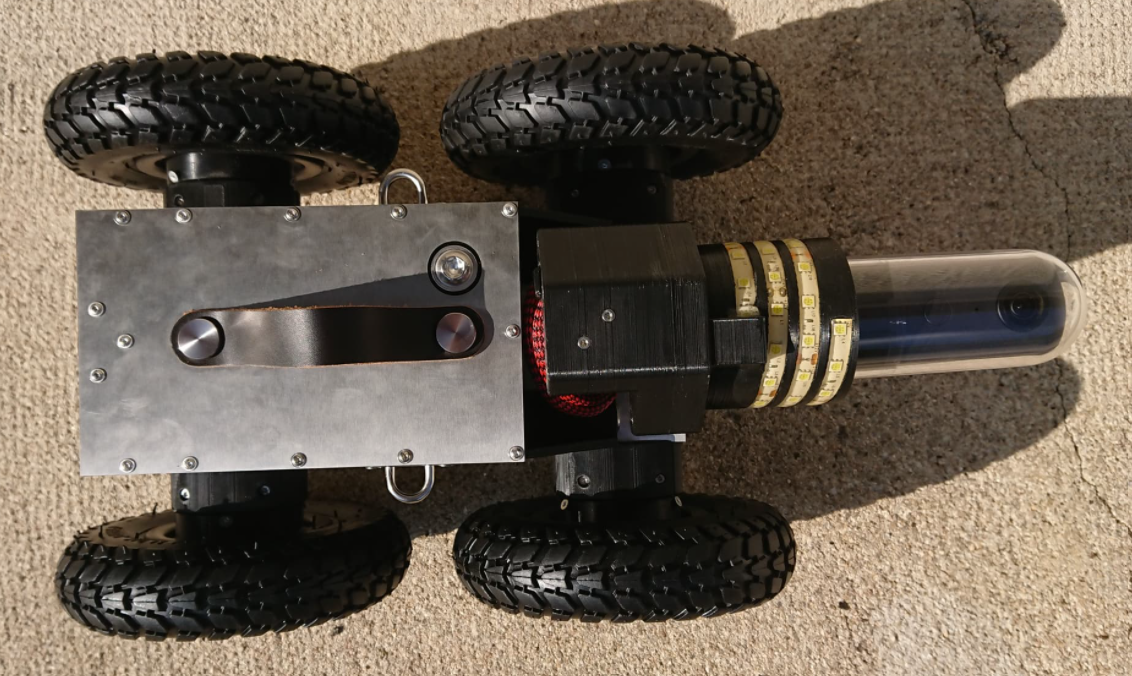 His company designs and builds robotic rovers for remote sewer inspection for a leading French company that repairs a complex network of underground pipes. In addition to live streaming 360° video, the rover can also save the video to a file.

The RICOH THETA V is placed sideways in a low-cost plastic enclosure. LED strips encircle the bottom of the enclosure to provide lighting in all directions. Hugues designed a special connector for the enclosure to allow access to a micro USB connection. The connector is fabricated using a 3D printer. Video saved to file is automatically put into the proper orientation using the Top/Bottom correction of the RICOH software.

FOX SEWER ROVER uses THETA V currently, but intends to add THETA Z1 support in the near future. The THETA V is connected by USB and works with a modified version of gphoto2. gPhoto is a set of software applications and libraries for use in digital photography, often remote controlled configuration and capture. The FOX SEWER ROVER has been upgraded to a Raspberry Pi 4. Earlier versions were using a RaspberryPi 3b+. With Raspberry Pi 4, downloading content from the THETA to the Raspberry Pi is about 10 times faster. The setup is not using a UVC driver because in order keep the original mp4 stream without decoding. Live streaming is done with a “standard” low-light usb webcam.

Different versions of the FOX SEWER ROVER are used to inspect drainage systems in a range of sizes. The rover below is built for a large pipe. 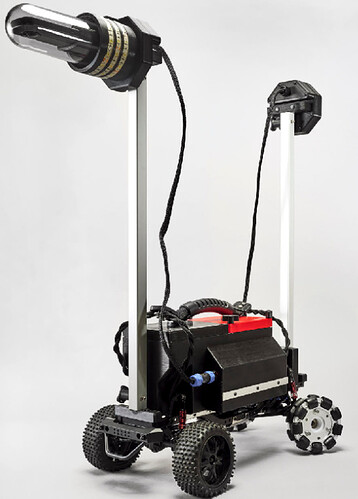 The three white-yellow stripes at the base of the THETA is a spiral LED light strip that is used to provide light for the THETA V underground. 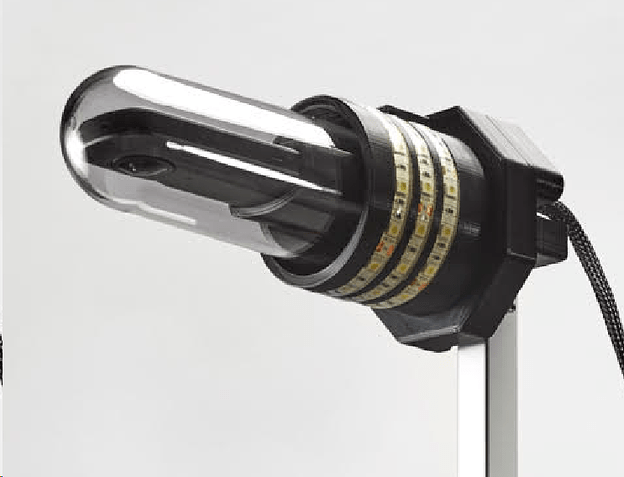 A secondary USB webcam is used at the front of the rover to record video at the same time as the RICOH THETA. 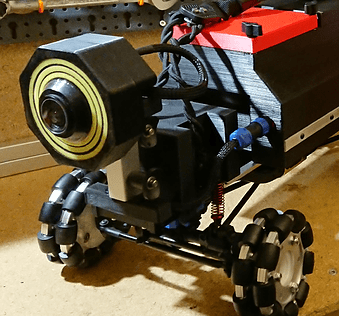 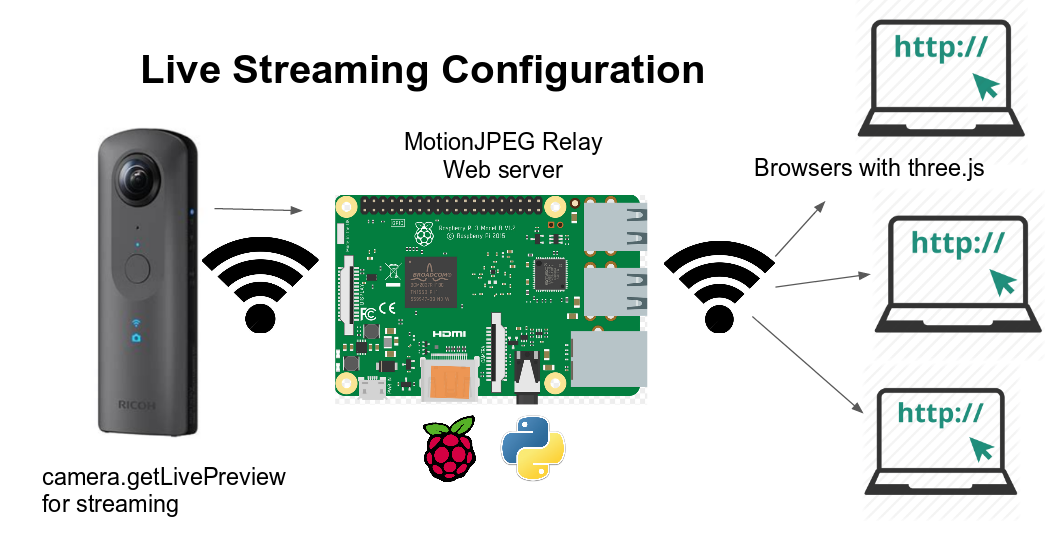 Further information on the sewer inspection drone by FOX SEWER ROVER can be found in the theta360.guide developer community: https://community.theta360.guide/t/ricoh-theta-api-over-usb-cable-z1-v-s-sc-models/65/123