“With an intuitive interface and an unrivaled feature set, Power Director delivers high-end performance editing for both standard and 360 video. Built to be flexible, yet powerful, Power Director remains the definitive video editing solution for anyone, whether they are beginners or professionals.”

Theta360.guide reviewed the previous version earlier this year. At a glance, the interface for Power Director 16 has not changed radically, so there is not a steep learning curve. However, this new version handles 360º video editing much better, and as you boot up the application, it reminds you multiple times of the new 360º editing features. Rendering speed, stabilization, and seamless titles are notable upgrades.

Rendering time, in particular, is extremely fast, which is an advantage to users working with longer files or multiple files.

Power Director 16 is intuitive, and you can get up and going with the basics quickly, but it’s obvious that you can go much deeper with each task. For the price, you get incredible power and flexibility to make your 360º videos from RICOH THETA into something really fun and custom. Using PowerDirector 16 with a RICOH THETA to create fun and interesting 360º videos is highly recommended. 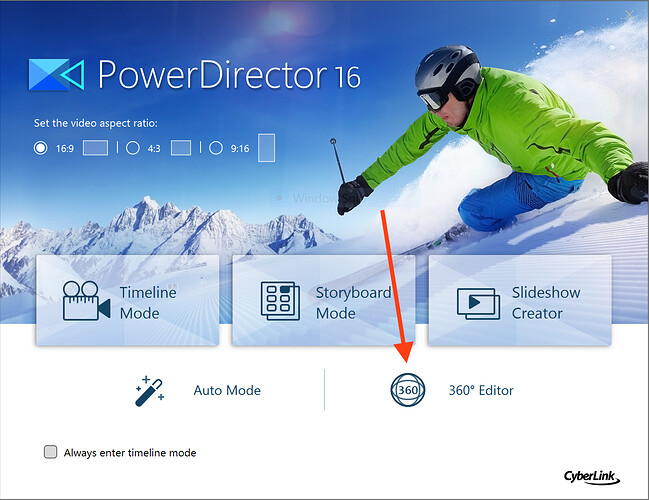 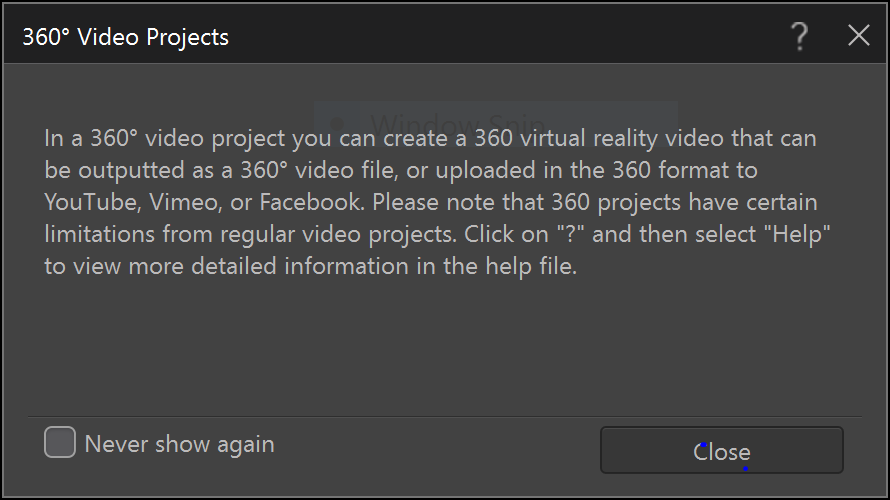 Many cameras, including the RICOH THETA V, require a stitching-converting desktop application to convert dual-fisheye 360º video to equirectangular format. However, the desktop applications today are only 32 bit and it takes actually ages to stitch and convert large projects to 4K equirectangular .mp4 even if you have a beast of a 16 core computer.

Another improvement in PowerDirector 16 is that software stabilization for 360º videos has been added. The RICOH THETA desktop app can do stabilization and so can other scripts but if you’re already editing the 360º video, why not take care of it right then? 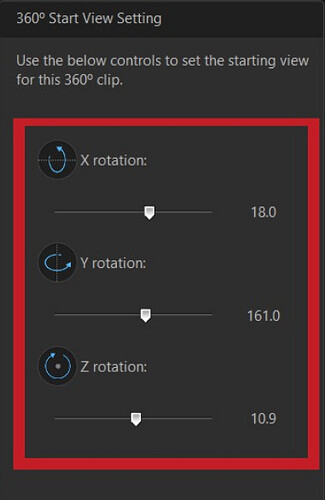 Select your 360° video clip on the timeline and then click on Fix/Enhance. Enable the Video Stabilizer option.

This tool is ideal for correcting videos taken without a tripod or recorded while moving. Once enabled, drag the slider to increase or decrease the level of correction. PowerDirector’s 360° Video Stabilizer employs motion compensation technology to correct shaking in videos so your video won’t be distorted or degraded. 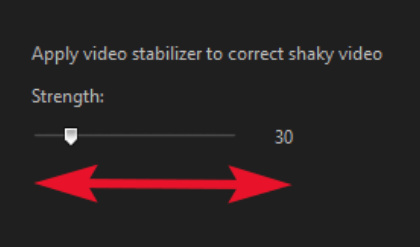 Adding titles to your 360º video is quite easy. Enter the Title Room and there are already 360º titles that nicely wrap around the 360º photosphere. 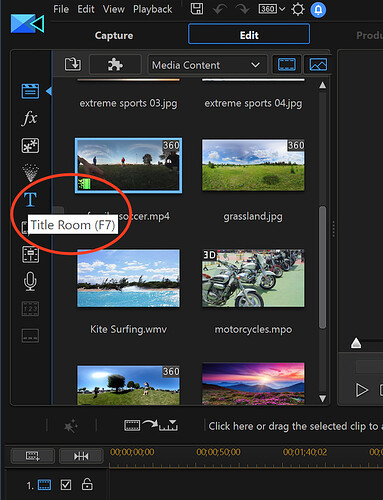 To customize your 360º titles, enter into the Title Designer. In “Basic” mode you can edit the text, adjust the font, add a shadow or border, and more.

Most videographers state that audio is at least as important as visuals. Audio Ducking is now automatic, and it’s a important addition to PowerDirector 16. Select which sound you want as “background" and choose the sensitivity, the level of ducking, and the fade out and fade in times. Very useful.

There are also Look Up Tables, which are color adjustments that can be applied to clips. This can make the clips look more similar if they are shot from different cameras, you can tweak them for yourself as well with a Color Matching tool. 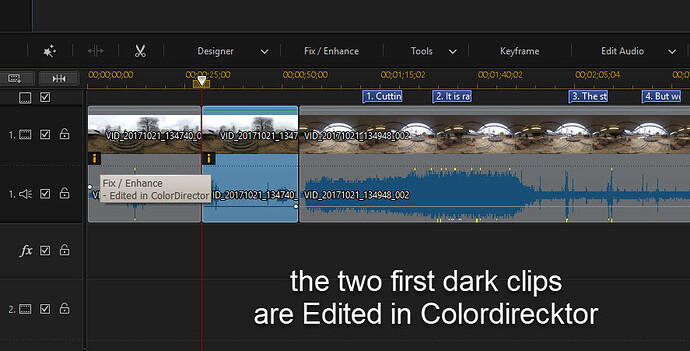 the two first dark clips are Edited in ColorDirecktor

That’s an incredible woodworking area you have. Nice job with the video.