We’ve got a setup whereby the live video from the ThetaV is streamed via the Theta’s WiFi to an Android app. So no internal video recording. After 25Min the signal is dropped, we want to extend that “indefinitely”/untill switched off. We’ve created a 360 dashcam “sort of”, on imp40 sec are recorded/saved.

Any idea how to bypass the 25 min?

Any help is greatly appreciated!!

Do you have a plug-in or is the THETA V connected to the Android phone with a USB cable.

Please explain how you are doing the stream.

Do you have the autoSleep and autoPowerOff disabled?

We “grab” the live stream from the Theta over it’s WiFi and turn that into individual bmp’s. The app on the Android tablet is built by us. We keep 240 bmp’s and throw the 241’st away so that at impact the 10 (or so) sec before impact is recorded and stored. Like a dashcam.

Ahhhh, because we do not use the Theta App, I never thought of those. Are both autoSleep and AutoPowerOff configurable from the Theta app?

You can use the mobile app or the API.

You likely need to power the camera with a USB cable to the car outlet.

thanks for that! Indeed we’ve got it powered with a USB from a powerbank.

When using the MotionJPEG stream, there are three possibilities of the stream stopping:

If the above does not work, you may be encountering bandwidth issues with the microSD card of the Android tablet. The card may not be able to save 30 images a second.

sorry to bother again but some other issues arising. When we connect the ThetaV to the official Ricoh app (auto sleep & auto power both off) it keeps on streaming preview to the app for hours, while on the ThetaV’s own WiFi.

Same connection, same ThetaV (auto sleep & auto power both off) but the tablet app picks up the stream and after about 10 minutes the ThetaV just powers down… “beep”, small red light flashing en it shuts down.

As far as I know, the main thing it does is to issue the getLivePreview command again after another command stops the stream. This is more problematic on the SC2.

as a test, you can run the amelia viewer by Jake Kenin in a browser and see if the THETA V stops:

Is the tablet running your custom app and the mobile phone is running the RICOH THETA app?

thanks! The camera is just lukewarm, certainly not hot when it powers down.

And indeed the phone is running the Theta App, the tablet is running our custom app.

It may be possible that your app is sending a invalid parameter such as a number versus a string.

Alternately, the custom app may be sending sequential commands too quickly.

In both cases, the camera should theoretically reject the command and NOT shut down. However, if there is a small bug in the API, the could could unexpectedly shut down.

For example, if you set options sequentially, there is a bug that causes the command to fail. I have seen API bugs that cause the camera to shutdown, but this is more common on the SC2. In general, the V and Z1 seem to be more forgiving of errors. However, it’s possible that an API command on the V is causing it to shutdown.

Suggest you attach a debug console to your custom app on the tablet and look for an error immediately prior to the camera shutting down.

Also, if you can guess what command is being sent, you can try just those commands. 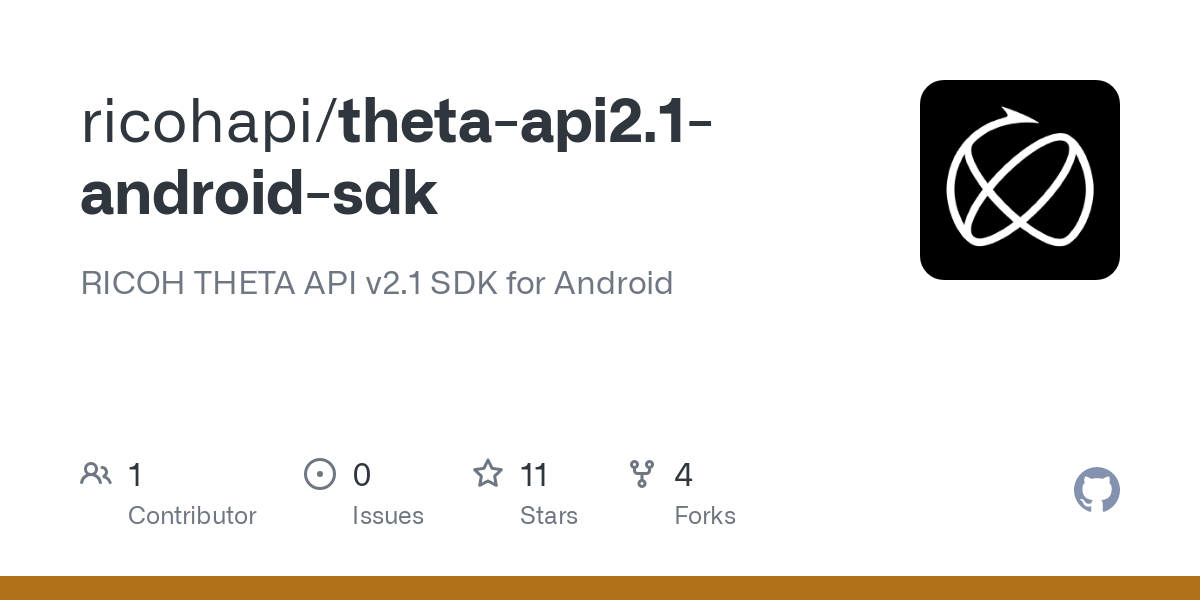 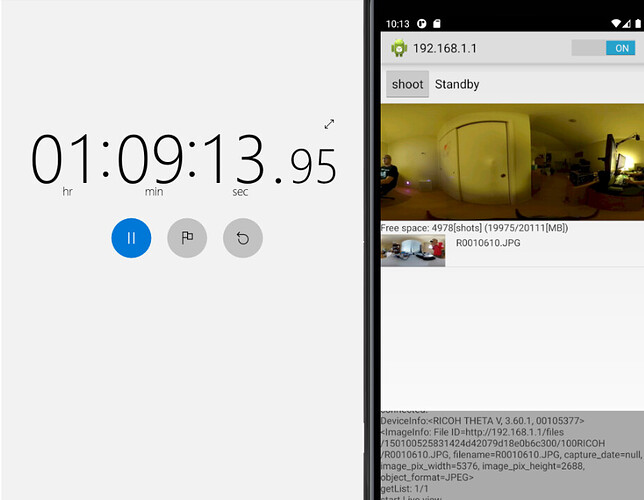 I suggest you test the SDK for Android above and run it on the tablet. It may help to identify if the problem is with the tablet or with your application.

In email discussions, we’ve learned that the THETA V was shutting down due to high temperatures in the enclosed case of the camera.