Just received this from Cupix, based in the Bay Area, they on the experts panel for the 360° Tech in Construction webinar.

We’re just writing to let you know about some very exciting news. We have been preparing for our final release for some time now, and we are pleased to announce that on Friday, June 22, 2018, at 3:00 a.m. EST. Cupix will be officially launched!

A big thank you…

At Cupix, we couldn’t be more grateful for all of the feedback we’ve received from each and every one of you! Without a doubt, this whole journey would have been much harder without all of our devoted beta users like you, some of whom have been with us since the very beginning, when we started back in August 2017.

During the public beta period, we have released a number of significant enhancements including: 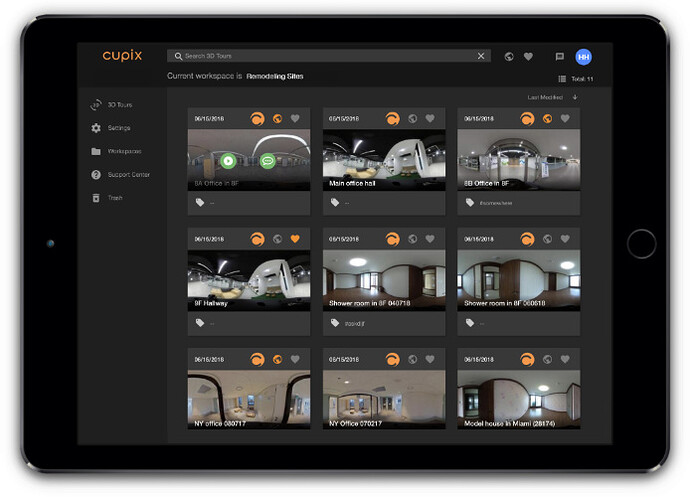 More about our launch…

All details about plans and pricing will be announced on the launch day at our homepage.

The trusted partner of choice for delivering the industry’s most flexible and easiest-to-deploy 3D digital twin platform to builders and owners everywhere.

@Ingo_Pless, thanks for giving your valuable feedback. Do you think that Cupix combined with an inexpensive camera like the THETA V can compete with the expensive solutions from Matterport?

I took a look at Matterport over a year ago and at the time, their camera was $3,600.

I then took another look at it after watching a video by Mic Ty.

Would be great to get your viewpoint on all these great advancements. It seems like we’re on the cusp of a lot of changes in how 360 images can help businesses.

From my limited direct experience with the Beta, Cupix seems set to be the “giant killer”, I would be concerned if they mess it up with prohibitive pricing. I looked at Matterport when the system was over $6k a few years back and do have great hopes for Cupix.

@Ingo_Pless thanks for your thoughts. It’s great to hear honest impressions like this. Realistically, I don’t think many of us have time to assess all the technology thoroughly. The best way is to get many impressions from different people and form a wisdom of the crowd. This is probably the best way to predict the future and potentially leverage a trend for business or personal goals.

There’s a risk in waiting too long and losing the opportunity. There’s also a risk of focusing on a new technology too early and then realizing that it doesn’t solve the business problem. It’s tough to balance the risks, but we can learn from each other and help each other save time.

IMO, Cupix could be a low-cost giant killer. I’m going to send the founders a note and ask them about their commercial pricing plans. Thanks.

Here’s the information on the Matterport prices. The camera cost $4,000. 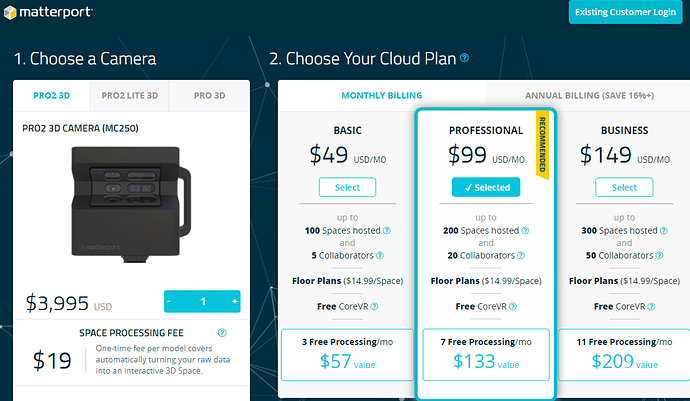 Points raised by Dan Smigrod “We get around network”.

CUPIX is still in Beta. And, it is still free while in Beta.

While CUPIX does not display a dollhouse view, it DOES display an interactive map so that you can easily jump from scan-to-scan and see the orientation of the view.

I’ve been in contact with the founders and they let me know that they just put their pricing on their web site.
This looks like competitive pricing. 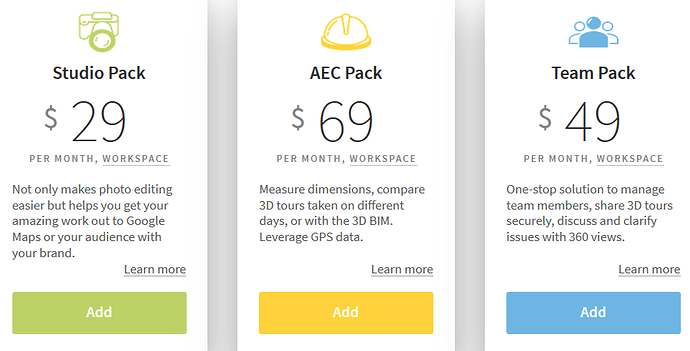