Here’s a Instructable for creating a 360 virtual reality camera trap to photograph animals in the outdoors using a motion sensor, RICOH THETA and Arduino.

Full 360-degree camera traps can open up lots of new avenues of exploration for scientists and nature lovers! Capturing the full photosphere around the camera can help remove “placement bias,” and let the camera venture to places other cameras couldn’t go (like dangling up in the canopy!). I’ll show you how to make your own, with lots of fun examples with monkeys and GIANT LIZARDS! 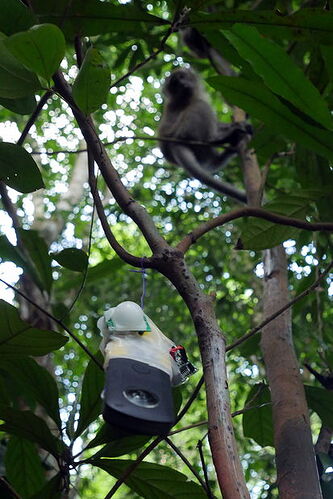 Quick summary: This is an “invasive” hack that fully opens up the case of the RICOH THETA, voiding the warranty. It rewires the buttons on the THETA and places the whole combined THETA + Arduino device outdoors with variable conditions and environment. Not for beginners.

This instructable will go over how to make your own hacked 360 camera that gets triggered when something passes by and capture a whole spherical image of the entire scene! This is the very first prototype of mine to get playing with 360 traps, so it’s a bit rough, but future improvements with the USB API (for less invasive hacking), and switching to waterproof cameras will make really durable awesome cameras you can rely on! 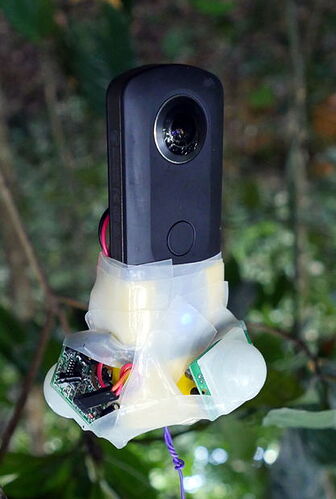 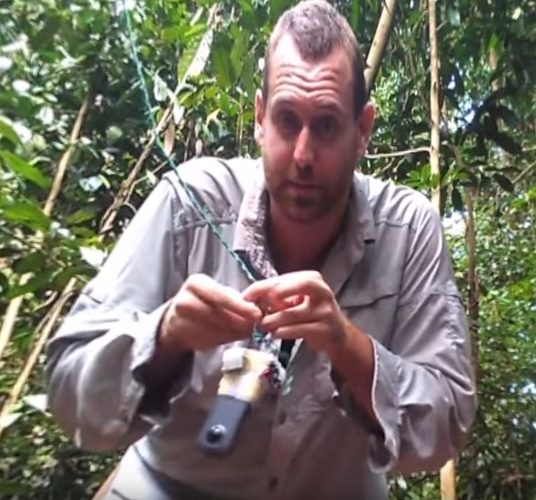 Instructables is a fantastic site that let’s you explore, document and share creations. It’s focused around very specific step-by-step tutorials, including a parts list, that easily let’s you create the same thing yourself. The site has expanded significantly and these days includes classes, contests and lots more. You can be a user or a contributor. 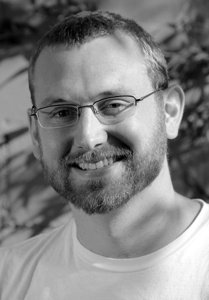 From Andrew’s website: Andrew Quitmeyer is a polymath adventurer interested in discovering new means of exploring and sharing the living world. As a Georgia Tech PhD student, he researches how digital media can be used in the study of animal behavior for exploration and outreach. He develops techniques and tools for expressing ideas in engaging and powerful new ways. His trans-disciplinary, multimedia works have been featured in outlets such as PBS, NPR, The Discovery Channel, Cartoon Network, Make Magazine, and Wired. 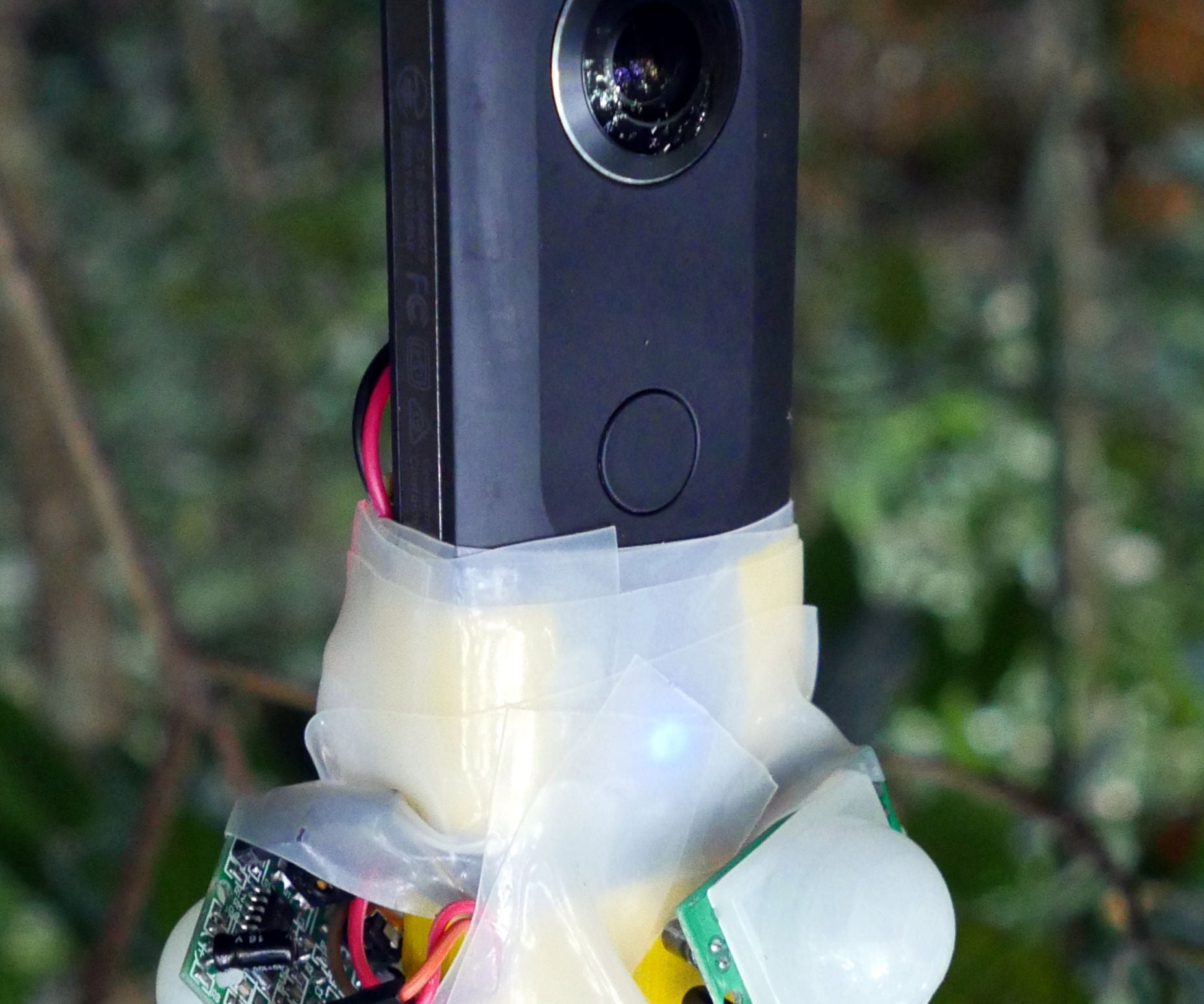 360 Virtual Reality Camera Trap: Full 360-degree camera traps can open up lots of new avenues of exploration for scientists and nature lovers! Capturing the full photosphere around the camera can help remove "placement bias," and let the camera...

A simple way to implement motion sensed picture taking with the Theta is by using a Little Black Box concept with a Raspberry Pi Zero W and attaching the motion sensor(s) to the Pi GPIO then using the GPIO to trigger the LBB takePicture function. I figure that one could add the function to a LBB for under $10 in additional parts and just a few lines of code.

The best part is that implementing motion sensing through the use of a LBB requires no hardware modifications to the Theta.