Who’s going to DeveloperWeek NYC this month? I’ll be there, demo-ing live streaming into an HTC Vive headset, and will be talking THETA V Android coding and building plug-ins.

Even if you’re not a developer, would love to connect and talk with fellow enthusiasts. It’s fun connecting with people from theta360.guide, and I’m always looking for new tips and techniques.

Do you have some great images and videos stored on the laptop to demo at the event?

Details on the RICOH THETA talk at DeveloperWeek. Being given by RICOH THETA Product Manager Takeharu “TK” Tone, entitled “Make your THETA - Everyone in the World can Develop Plug-ins”

By the way, I’ll be there and I’ll be presenting slides on plug-in details! theta360.guide represent!

The new RICOH THETA V boasts 4K 360° video, 4K live streaming, Spatial Audio. and more. And by building and installing apps (THETA V plug-ins) into its Android-based OS, companies can create unique money-making solutions using the world’s most popular 360° camera. This session will give an architectural and technical introduction to the THETA V development environment, including multiple examples of companies that are building their business model based on the THETA, and how you can join the Partner Program and get started developing immediately. For more information: theta360.com

DeveloperWeek NYC 2018: OPEN TALK: Make your THETA - Everyone in...

View more about this event at DeveloperWeek NYC 2018

Check out what Takeharu 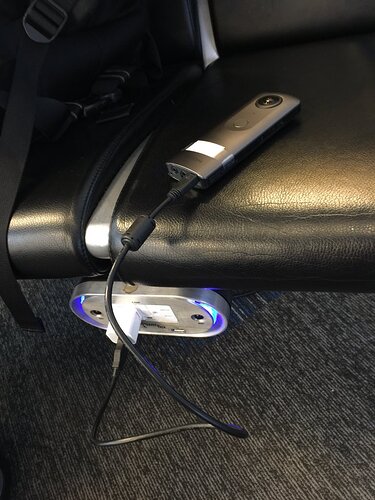 And changing planes in DEN, taking pictures with the nicely charged up THETA V… 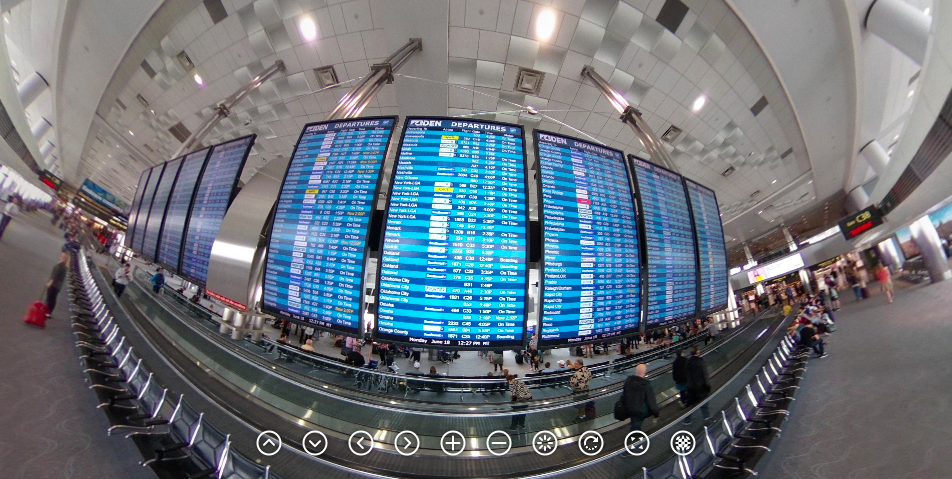 DeveloperWeek starts today! It’s being held at the Brooklyn Expo Center, and my hotel is nearby, but… Wow, cool view of the Manhattan skyline! 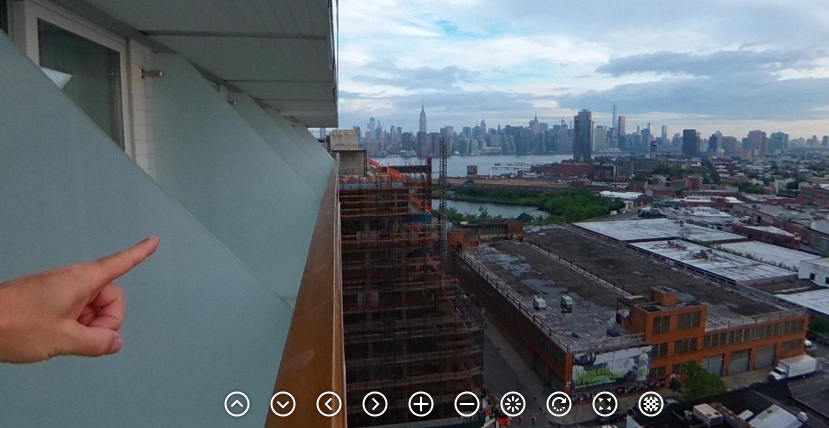 Is the demo working?

It would be great if you also took some pictures for our own planning in the future, both with your mobile phone and with the THETA V.

Since many partners are using the THETA V still images for workflow optimization and foot traffic optimization, I think it would be great if we can apply the same optimization technique to our own work process. It would be wonderful if you can take still images with the THETA V as part of our planning preparation for future events. In the future, I’ve been thinking of taking timelapse images every hour and attaching a timestamp to the image with a plug-in for analysis later. Right now, you can manually take still images of the booth and event floor and manually note the date and time. We can then incorporate this into a report on what happened at the event.

I think we ended up demoing to about 60 - 70 people, with about 120 - 130 people total coming to the booth and asking questions and wanting to register with theta360.guide. Really active, really fun!

On the second day, we went for height! Here it is, up about 12’ in the air above the booth: 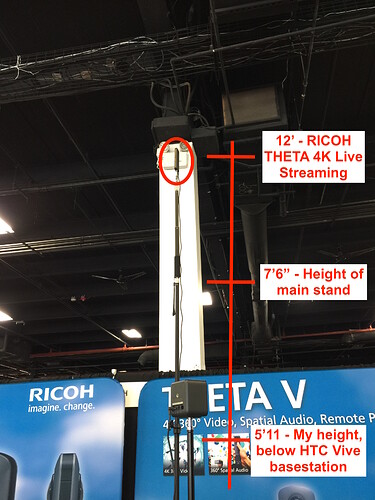 How’d it look inside the HTC Vive? Quite a wild perspective to be looking down from that height. You could see over the next row over of booths at the event. 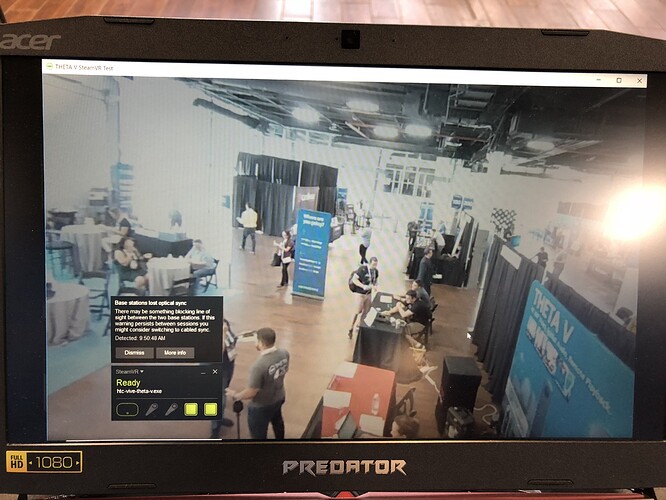 Yes, of course, we used copious amounts of Duct tape to anchor the stand/monopole: 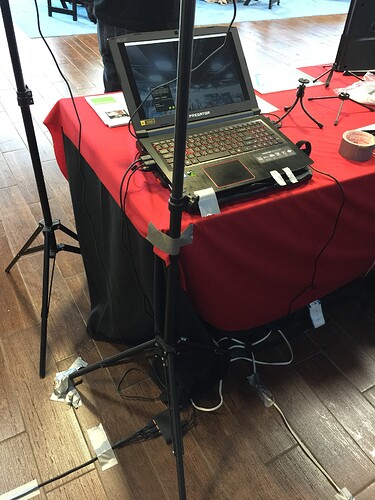 How does the THETA do with charging while live streaming? I started with a fully charged THETA V, had it connected into the USB 2.0 port on the laptop, and it lasted from 8:30am to 5pm the first day, recharged overnight, and then again 8:30am to 4:15pm the second day. The blue power LED was blinking by the end of both days indicating that the charge was below 30%, so it’s not fully recharging. In fact, it’s clearly slowly depleting over time. I would like to test it in a USB 3.0 port, but at DeveloperWeek, that port was being used by the HTC Vive headset on the laptop.

Thanks to all the many people who demoed! 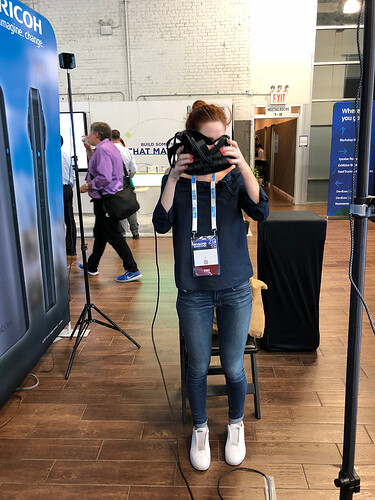 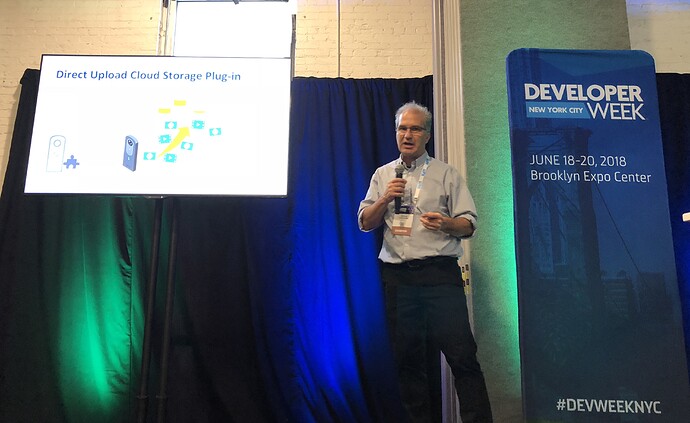 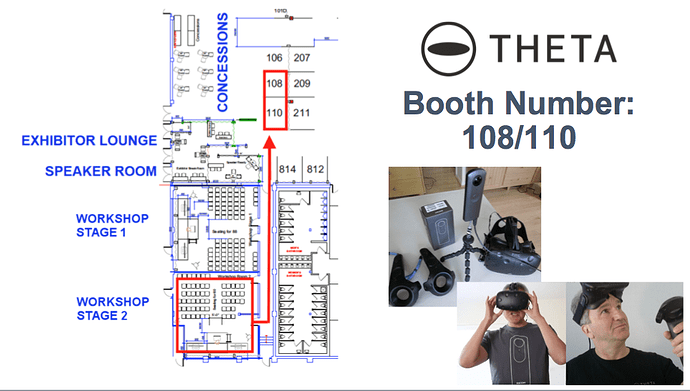 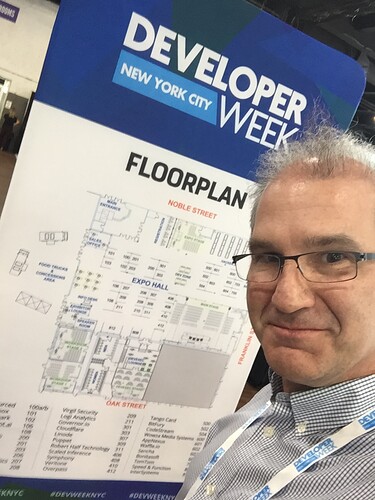 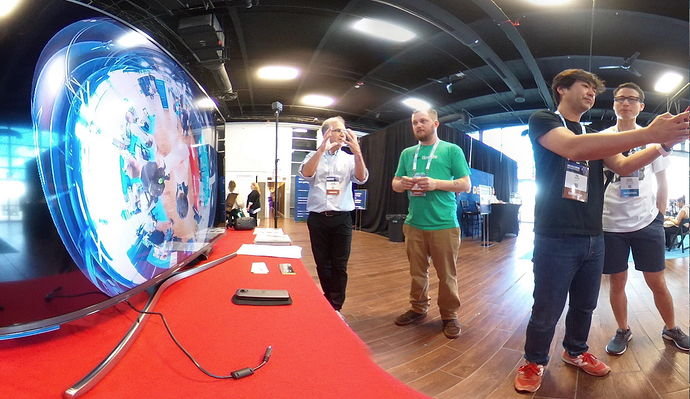 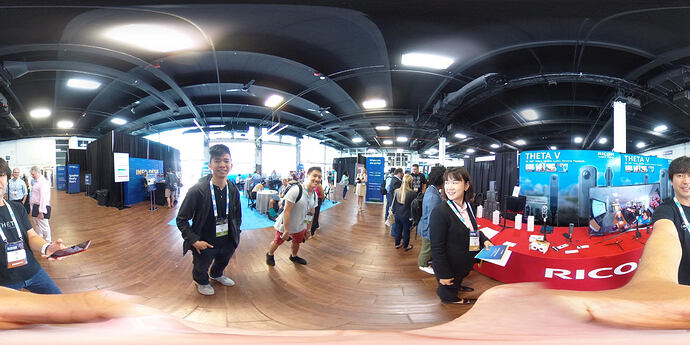 I have not tried this, but a USB to CAT5 adapter might work if you want to demo long distance.