The app allows for depth and placement in front and back of images within the 360 degree image.

As of April 2018, limited numbers of the RICOH THETA SC Type HATSUNE MIKU are still available for purchase directly from the Ricoh site. 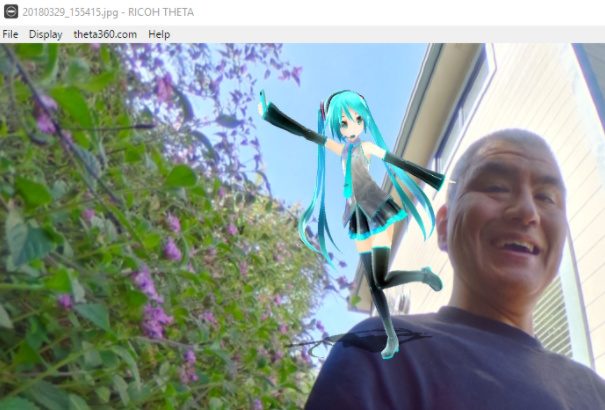 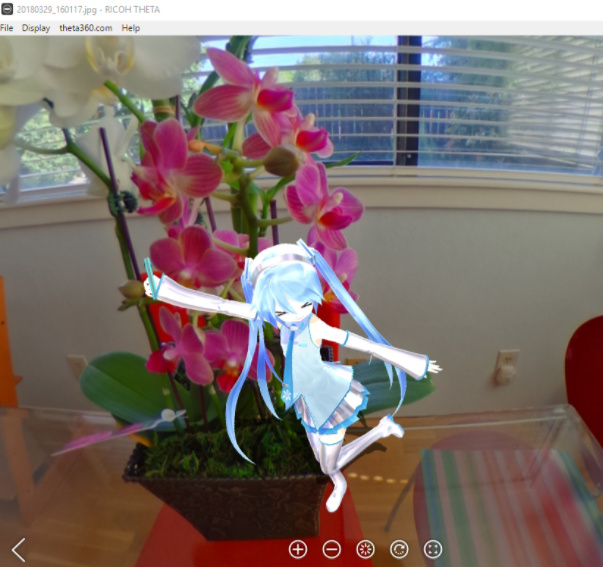 The character has accurate shadows. 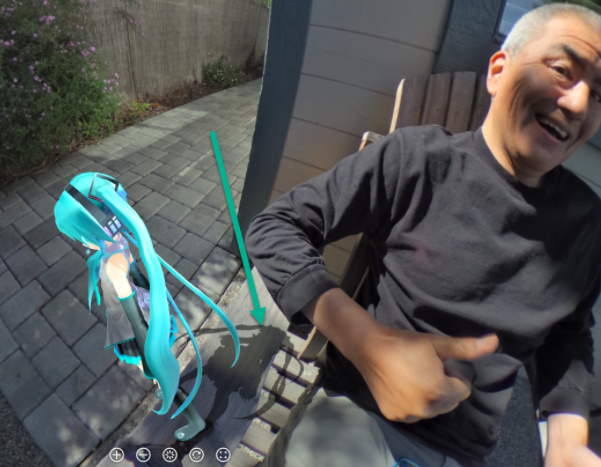 The Hatsune Miku app tools allow you to make certain portions of Hatsune Miku transparent. You can fine-tune the illusion of putting her behind an object such as a plant. 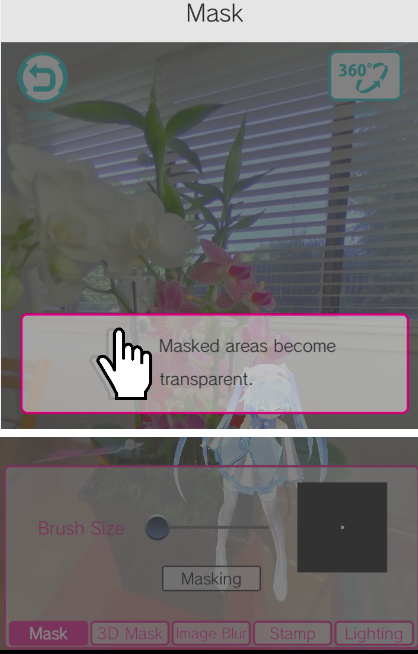 In the following example, I put Hatsune Miku behind the orchid that my wife got for her birthday. 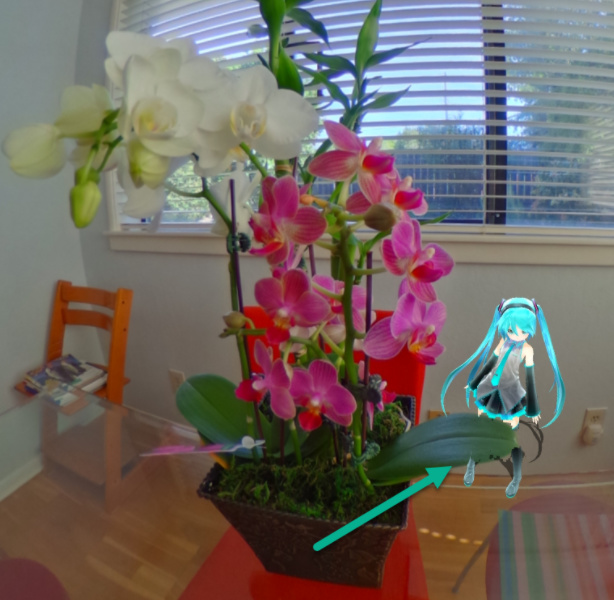 The app is a standalone mobile app that is only used to edit and view images taken with the THETA SC Type HATSUNE MIKU edition camera. It does not take pictures. 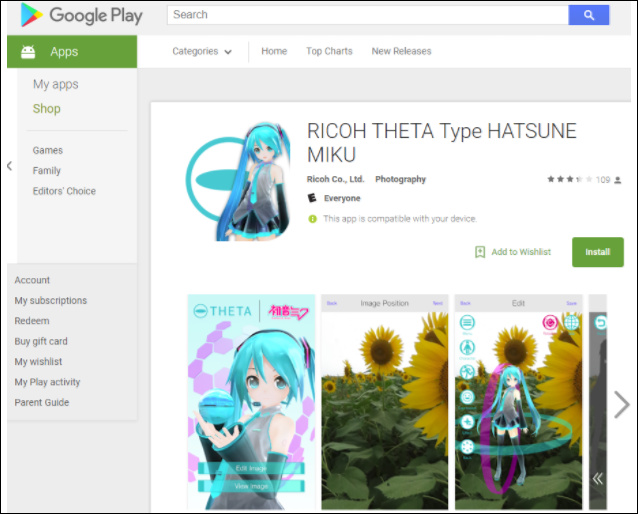 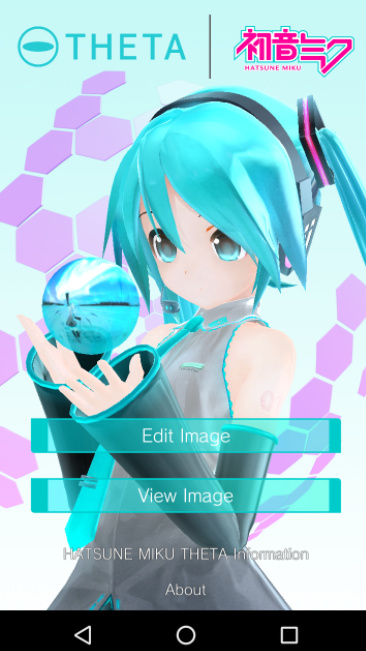 Trying to use it with THETA V images resulted in this message. 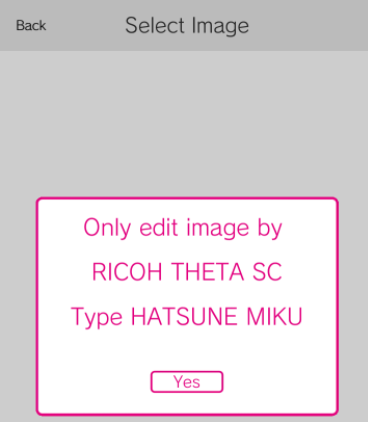 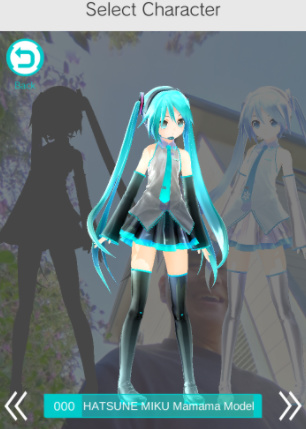 There is also a white and light blue theme.

In addition to the primary costume theme, there are many poses you can select. 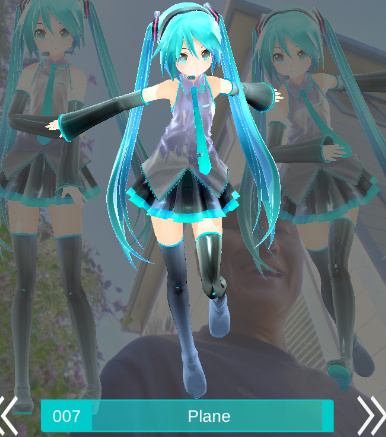 In the THETA pose, the character is holding a THETA SC Hatsune Miku Special Edition camera. 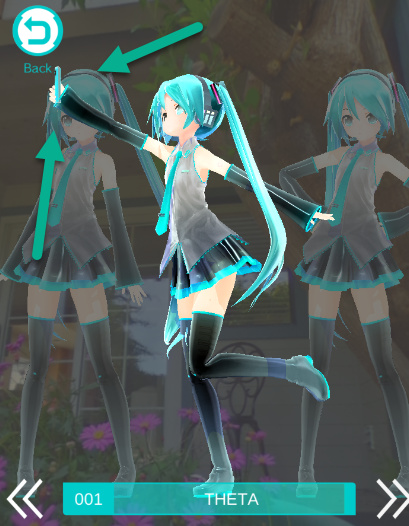 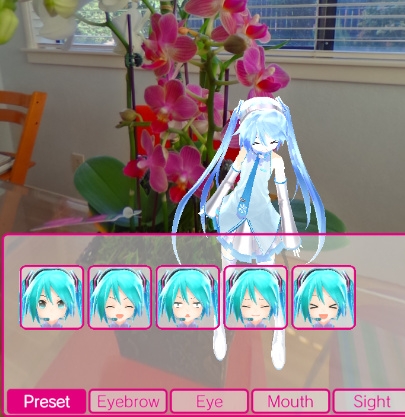 The screenshot below shows the brush to transparent paint over the character. 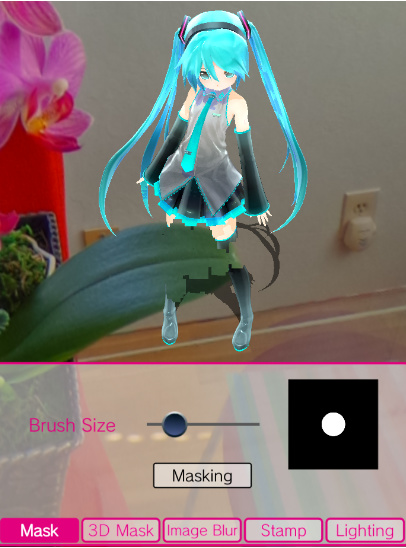 Pressing the menu button to the left of the primary menu will open up a secondary editing menu menu.

With the rotation tool selected, the character can be rotated in all three dimensions. 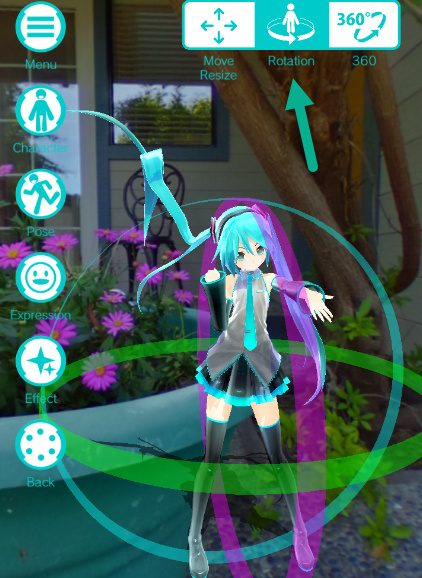 Rotating character to the right. 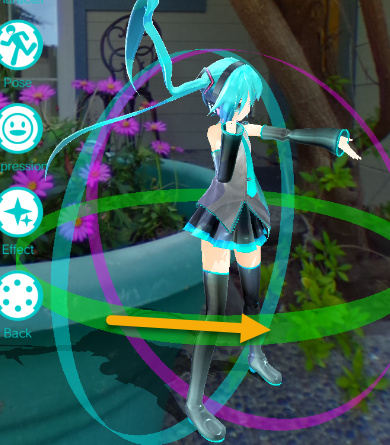 Rotating character to the left. 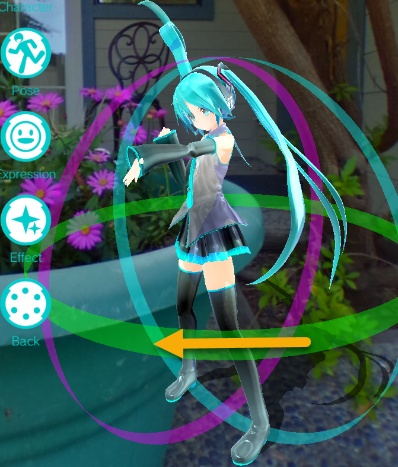 Two portions of the character’s hair have separate position controls. 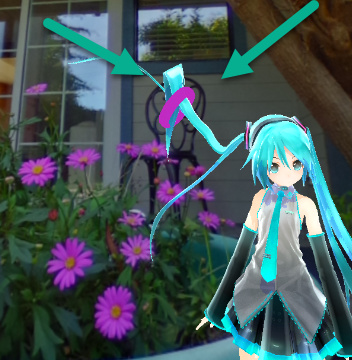 Stamps can be added. 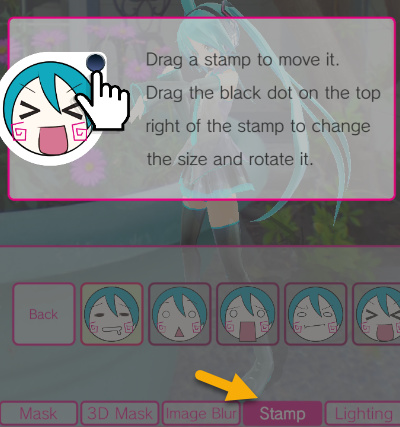 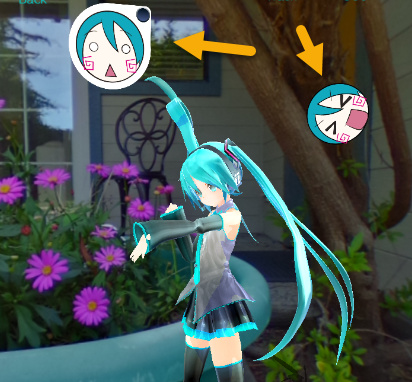 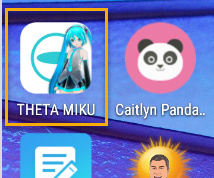 The camera comes with special packaging and a special case. Some of the pictures below are from the Ricoh site. 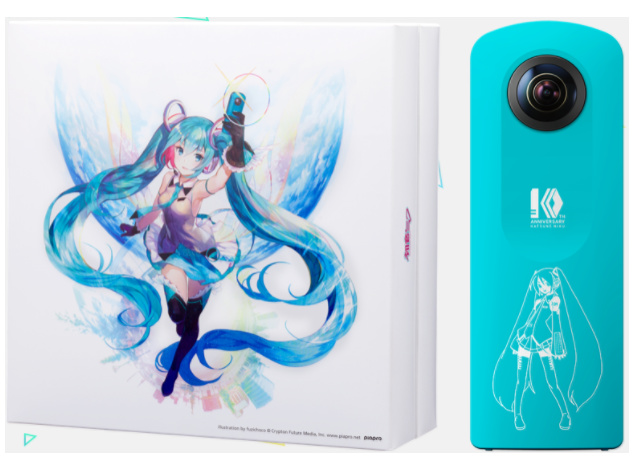 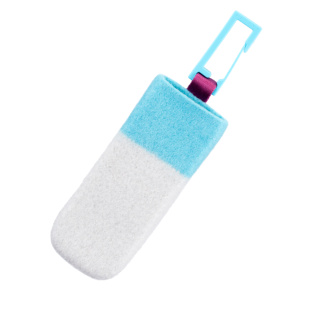 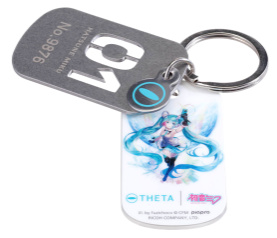 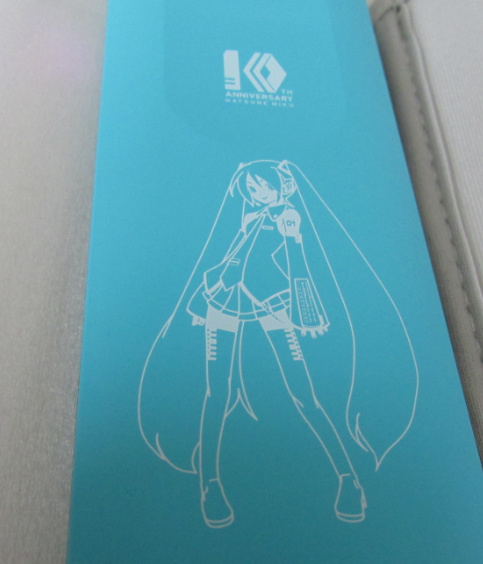 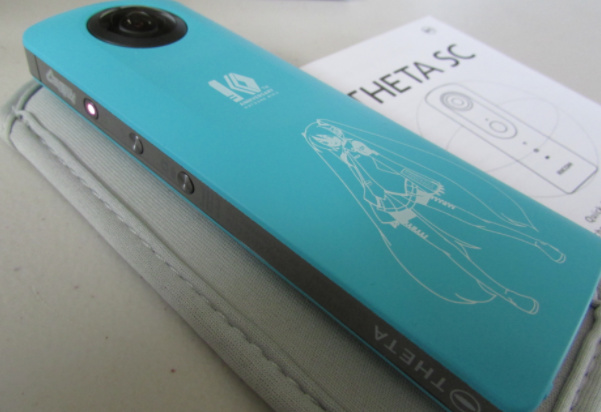 The mobile app was much more useful and sophisticated than I had expected. It’s a great example of good design techniques for a 360 image editing application. The app did run slowly on my Moto-G 3rd generation phone. I recommend that people use a faster phone than I have. The quality and design are very good. If you’re a fan of Hatsune Miku, it’s worth the cost. Even if you’re not a fan of Hatsune Miku, the editing application is interesting.

The only problem I can imagine is if you intend to give the camera to your teenage daughter, you’ll want to verify that the mobile app can run smoothly on her phone. Here’s a sample image from a RICOH THETA SC Type HATSUNE MIKU camera for you to try.

This is a great, fun application to use with the RICOH THETA SC Type HATSUNE MIKU camera. You can purchase the camera at the link below.

1 Like
Where to download USB driver for Theta V and for windows 7?
How to streamline the images to third-party server
jcasman April 3, 2018, 7:28pm #2

Found a handful of interviews with the people who built and designed the apps and other unique components: