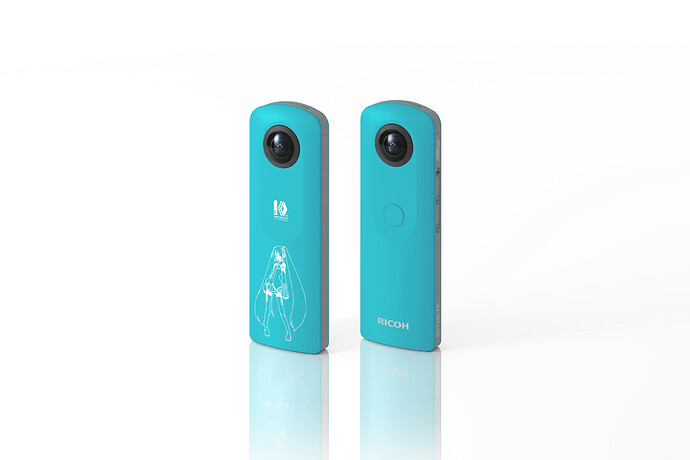 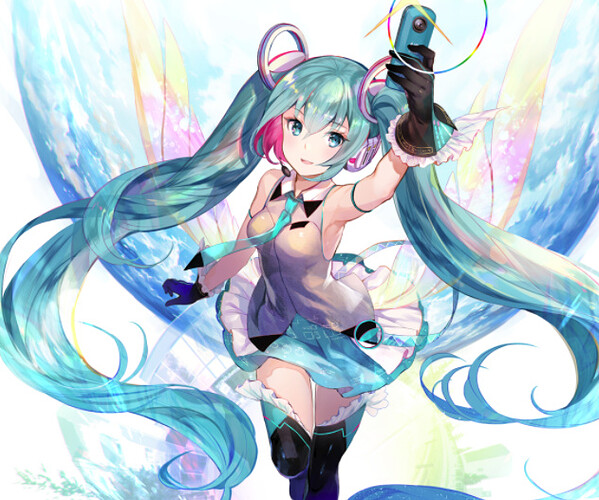 The special features are:

Product is limited to 3,939 units. Orders are accepted from September 1 to October 31.

Wow! Interesting move! Its very cute I might just have to pick one up!!

I thought it was an interesting move too, especially the app to place Hatsune Miku inside of the photosphere. Although it’s possible to do similar things right now, it’s interesting that they built a special app just for Hatsune Miku.

Just be aware that the THETA SC has no live streaming capability. It’ more for taking 360 pictures and short video clips (saved to file). The resolution is the same as the THETA S.

BTW, I am not familiar with Hatsune Miku. Is this a famous character?

Pretty exciting for fans like me who are familiar with both parties! Sad its only an SC, I would much rather be able to stream like the S.

Thanks for sharing that video. It gives me a much better understanding of the Hatsune Miku culture. Japanese companies like Ricoh could have some edge with anime, potentially leveraging augmented reality and the anime characters. I’m now curious to see if Hatsune Miku will move inside of the 360 sphere or if she will be a static image.

BTW, I took my daughter to Harajuku a couple of months ago and I got a small taste for the character culture of Japan. I think we went on a Sunday and it was incredible.

@zimmermegan Thought you might like to see this. Even without translation, it’s pretty clear that Hatsune Miku is holding up and talking about the limited edition RICOH THETA SC. Pretty cool.

It looks like there’s just a static image of her in the THETA app. Though, I wonder if you can set her emotion? 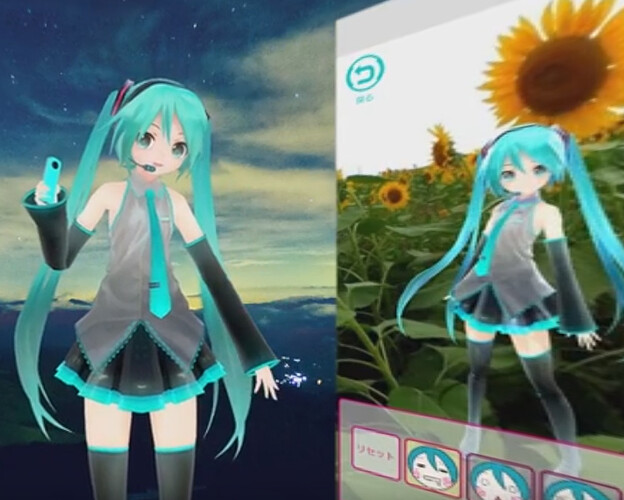 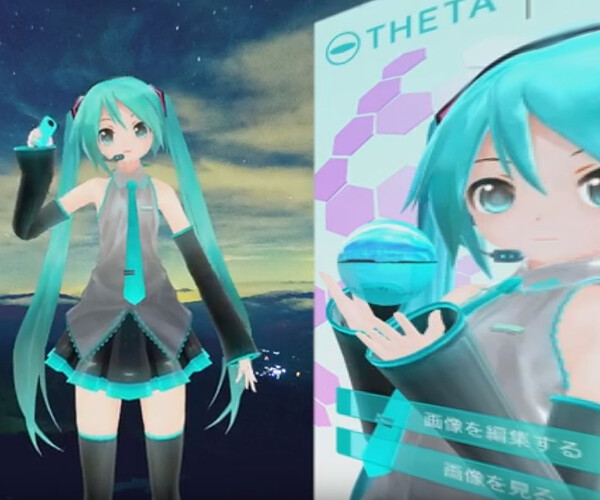