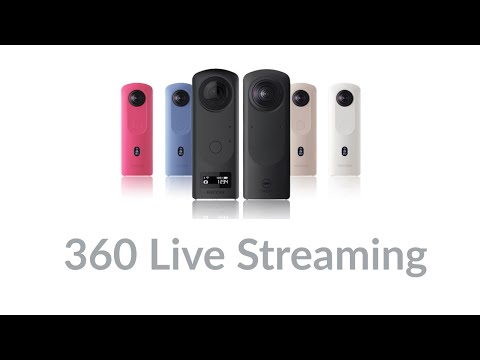 The last one on Unity is for developers working on telepresence projects, but the rest are designed for non-developers.

The current THETA models are the SC2 and the Z1. For the purpose of streaming, the SC2B is identical to the SC2. There is no difference. The SC2 is severely limited in how it handles streaming. The Z1 is much better, but it is more than three times as expensive. For any type of business or entertainment purposes, you will need the Z1. For a personal hobby, the SC2 can be used for surveillance or fun. You will need a Z1 to complete the tutorial series.

At first glance, the SC2’s 1024x512 @ 30fps might seem enticing. However, in actual practice, I can’t reliably achieve 30fps due to frame drops. In my tests, the SC2 has weak Wi-Fi signal strength to many computers and although I can stream the SC2 to Windows and mobile devices, I am not achieving smooth 30fps. Future videos will cover examples of using the SC2 for streaming.

There is also a lack of software for the SC2 for streaming.

The videos will be published on this playlist
https://youtube.com/playlist?list=PL0feeJIlTI8n4H6CccMzwCOAz7xJbNq8S