RICOH and Sony have just announced that the RICOH THETA can be directly connected to the Sony PlayStation VR. It appears that Sony integrated RICOH’s equirectangular stitching technology into their media player. The capability seems to be unique to the THETA S, making it a superior experience on the PlayStation VR compared to any other 360 camera on the market, including the Samsung Gear360 and the LG 360 Cam.

Images and video on the THETA can now be directly accessed from the Sony PlayStation VR with a USB cable. With every other 360 camera, people have to transfer the images and video to a USB stick and then plug the stick into the PlayStation.

The announcement is significant as it shows that the THETA’s stitching technology can be used on other devices. The PlayStation VR represents the biggest market for standalone headsets. Every 360 camera vendor uses technology to stitch the images or videos from two or more cameras together. RICOH has some of the best stitching technology for a low-cost camera.

Prior to the announcement, THETA video required stitching on an external mobile phone or desktop computer. With the upgrade, the PlayStation can perform the stitching role of the mobile phone or desktop computer, eliminating this extra step. As far as I know, this is the first time that a mainstream consumer device like the PlayStation can stitch 360 image spheres (known as dual-fisheye) together. It appears that the Sony PlayStation Media player can only stitch the video of the THETA together and won’t work with any other camera.

If you have a THETA and PlayStation VR, you should definitely hook them together and take advantage of this free upgrade.

Here’s how to use the RICOH THETA and Sony PlayStation VR together. 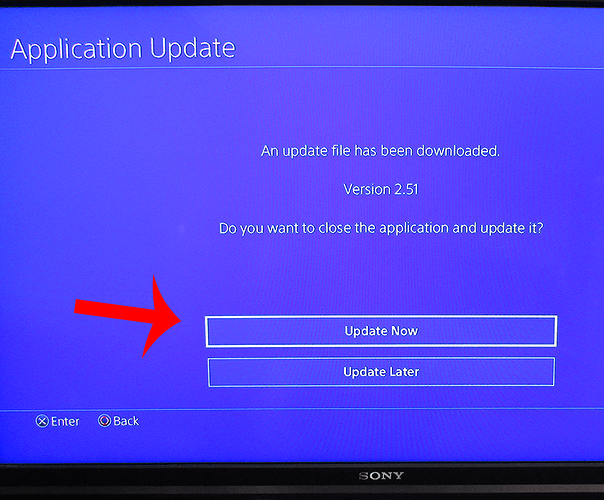 Connect the THETA to the PlayStation 4 with a USB Cable

The THETA must be turned off. Hold the Wireless button down while plugging the THETA into the PlayStation4. When you hold down the wireless button, the LED on the camera will start flashing. 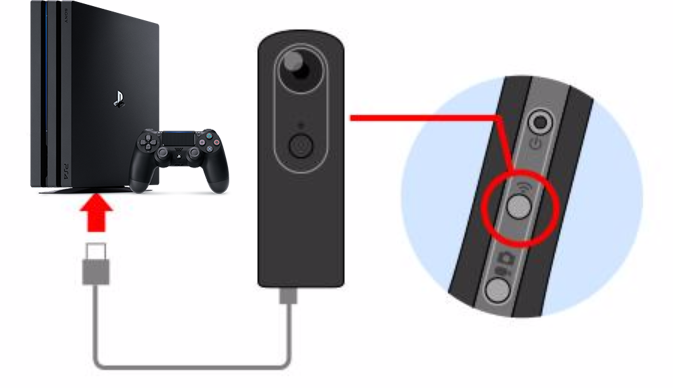 The blue LEDs on the front must be blinking. If it is not blinking after you hold down the wireless button and plug the THETA into the PlayStation, upgrade your camera firmware using the RICOH THETA desktop application. I am using the THETA firmware 1.8.2. 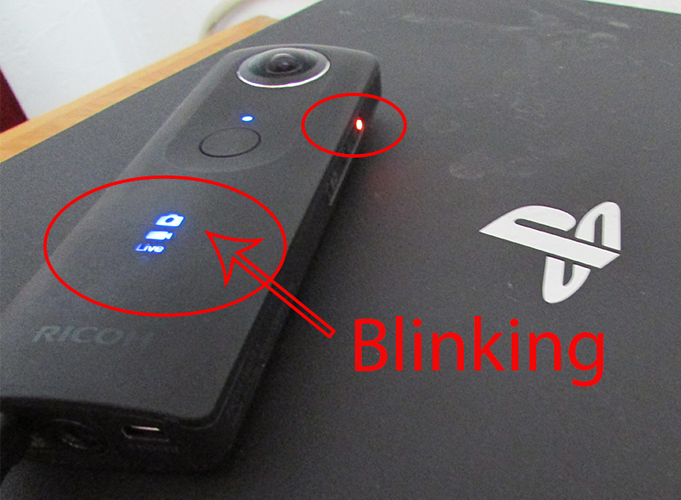 Plug one end of the USB cable into the THETA (lights on THETA must be blinking. Press and hold wireless if not blinking). Plug the other end of the THETA into the Sony PlayStation USB port. 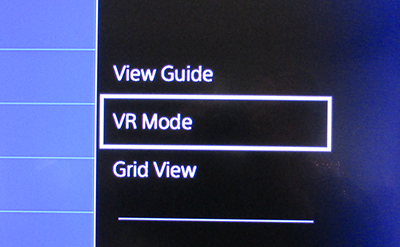 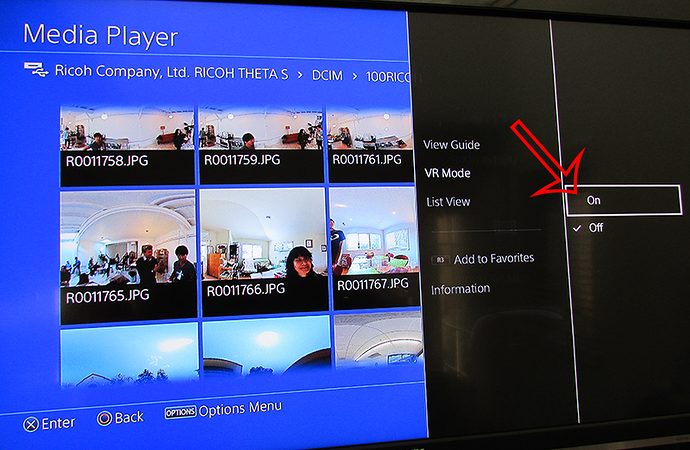 Video and images can be viewed directly from the media saved on the camera. You do not need to export the video files to a computer and use the RICOH desktop application to convert it into equirectangular. The PlayStation VR will convert the videos into the proper format for you automatically on the fly.

This is a video. 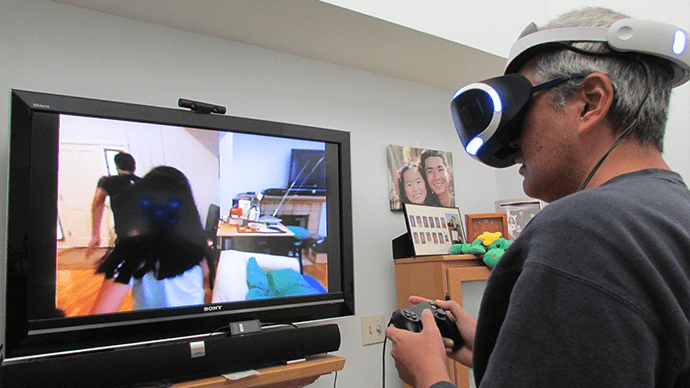 This is the experience with an image file. The clarity and overall experience is fantastic. 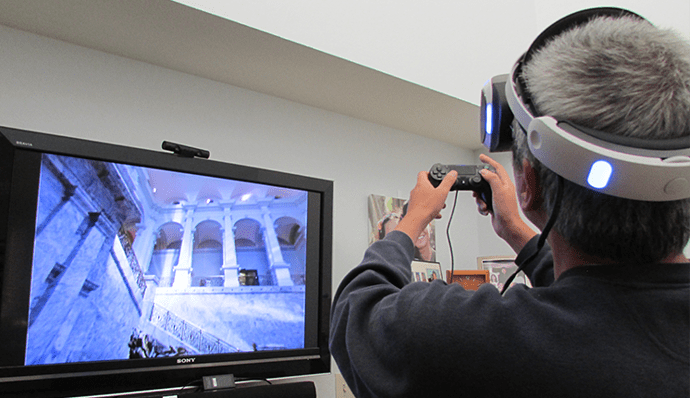 Adding some quick tips if you’re inputing images or videos from a USB stick. This functionality has been available since Media Player 2.50 in early October. There are a couple details, however, that will make this smoother. With Media Player 2.51 announced in early December, you can connect your RICOH THETA directly over USB cable. So why am I adding these tips? I’ve transferred quite a few images and videos to my computer from the RICOH THETA S that I’ve been using over the past year, so I’ve ended up copying to a USB stick and moving over to the SonyVR to view. Direct from the camera is better, but you’re likely to end up using a USB stick some, too.

The effort is worth it! I’ve been enjoying completely stepping into my 360 images and videos. It’s cool, and you can do it, tool

Did you try the 4K video we made from timelapse of still images?

Important: Create folders for MOVIES, IMAGES and MUSIC on the USB stick. If you don’t do this, files transferred over to the USB stick will not be recognized.

Did they change it from 2.50 where all the media was in the same folder? Did you try following this guide and putting everything into a folder called DCIM and it didn’t work? I believe the order is alphabetical, so you should be able to call your media something like 1_video_san_fran.mp4, 2_video_market.mp4, 3_image_park.jpg 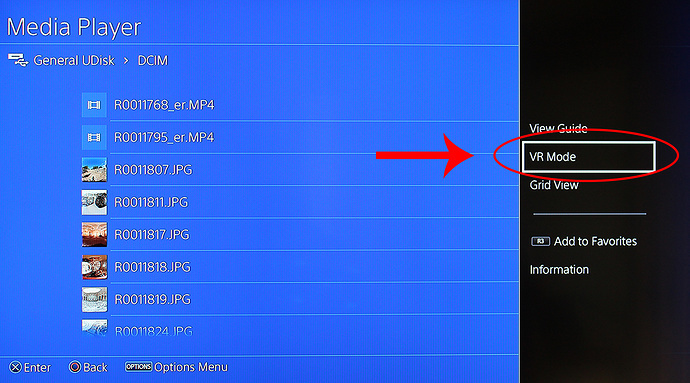 Try dumping everything into a single folder called, DCIM 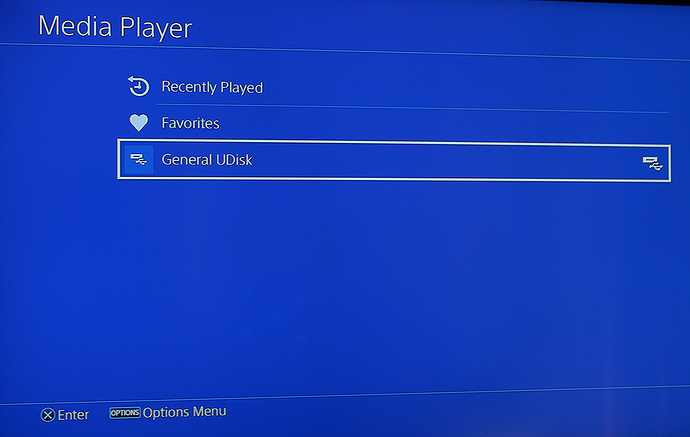 Maybe the PlayStation doesn’t support 4K video. This provides a hint that it’s not possible:

In four months, Sony has sold 915,000 PlayStation VR headset. They are on track to easily surpass their sales goal of 1 million units by mid-April. 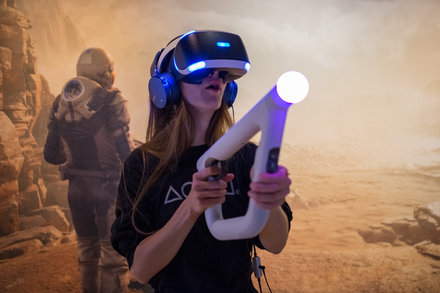 Popularity of Sony’s PlayStation VR Surprises Even the Company

Executives at Sony were cautious about the virtual reality headsets, but after four months of robust sales, the skeptics are converting.