Hi! I decided to take some time this week to continue my search for what program is best for my needs to share my 360° media. Today I’m focusing on the Pano2VR application!

I used the Ricoh Theta SC Hatsune Miku to capture my photos/videos as usual. I am interested in trying out different 360° programs in order to find what fits my needs best; something quick, efficient, and optimized for social media.

The Pano2VR site itself is fairly basic and straight to the point. The Pano2VR program itself is just one offering from Garden Gnome. As you can see in the below screenshot, there is a large price difference between the Pano2VR “Light” and “Pro” editions. The biggest differences seem to be in some of the linking and hotspot features, which is an understandable difference (though when you are already paying 150 Euro for a program, having to pay 200 more to be able to do these things seems kind of frustrating). Regardless, as usual, I went with the free trial mode. The Pano2VR program is a download as opposed to a browser based application.

I decided to go with an image from a public place I had visited, the OY/YO exhibit from a few reviews ago. As you can see upon immediate opening, the Pano2VR app is a little more complicated than some of the other programs I have taken a look at.

I like the fact that you are able to see the metadata, something that as an end user I don’t care a whole lot about but appreciate seeing before posting to Google.

There is also a map that scales with your vantage point, which is kind of cool.

My biggest issue with Pano2VR is that the program is incredibly slow in comparison to other 360 editing software available at a fraction of the price. I think to say I didn’t like Pano2VR would be a little extreme. But I definitely think that the program itself is clunky and overcomplicated for what it is: a way to export 360 panoramas into Google Street View.

You can view my OY/YO picture here. If you are interested, I also tried to upload a video here, though it doesn’t seem to have worked out quite as I planned it would. Interestingly (and creepily) in the time it took me to upload and write this, I have had a lot of random views on the Street View pictures I uploaded. 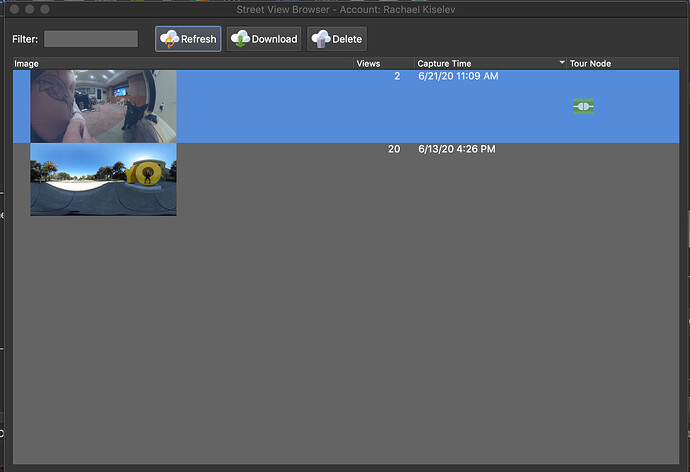 ThePano2VR application is useful and cool, but overall a little too convoluted for my tastes. It is effective in processing both video and photo, but it is not very user friendly if you are more of an end user like me. The quick upload time to Google is nice, and I think it is clear that Pano2VR is a great way to export to Google but does not offer much else in the way being unique in comparison to some competitors. It is also important to note that Pano2VR does not export to social media but to Google Street View. This means that it doesn’t quite fit my needs, but it could fit yours!