Noticed this posted on Thingverse. Two similar ideas for setting up a mechanism to trigger the push button shutter on the RICOH THETA with a physical device. Includes .stl files, which is the file format native to the stereolithography CAD software created by 3D Systems. 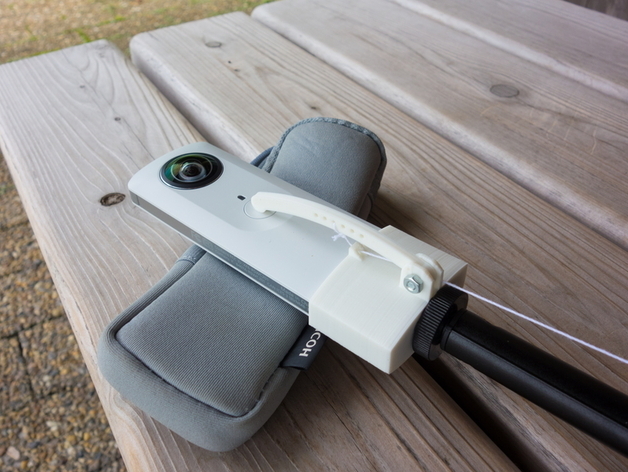 This first one is in Japanese, though it’s mostly pictures:

Shoot a picture when pull the string. RICOH THETA用の紐式リモートレリーズです。 紐を引っ張ると本体のシャッターが押される仕組み。

This second one is based heavily on the first Japanese one, but elongated somewhat for the S. Poster states it’s a “working prototype.”