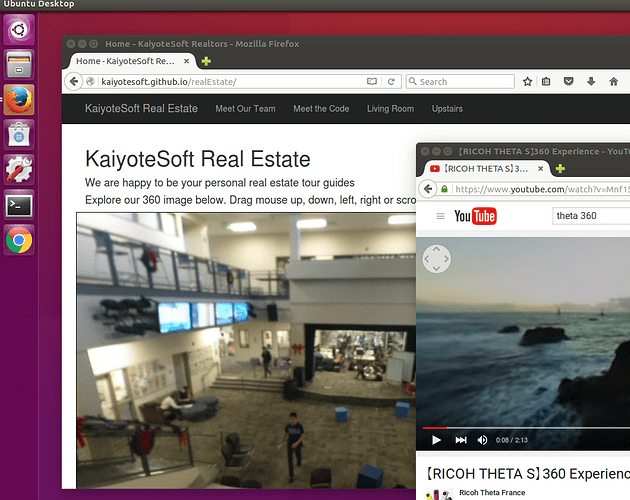 When using Linux in a VM as a development environment for the THETA, people often encounter problems testing 360 video and images. Here is what works:

The following also works in a Linux VM (both VirtualBox and VMware) and is covered in the Unofficial API Guide:

Based on the VMware advantages with 3D acceleration, it looks like VMware is a better choice than VirtualBox for THETA development as of Feb 2016.

The following has not been tested on Linux in a VM, but should work: