I have not used this tripod, but it seems like it’s a decent price for a tripod that can stabilize a 360 video. The RICOH THETA S is listed as a supported camera 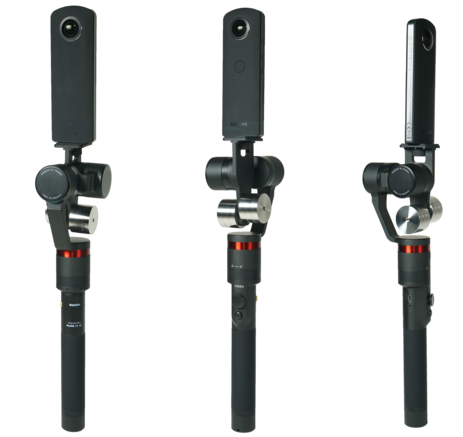 This is the information from their site:

How is the Guru 360° different from other camera stabilizers?

On the bottom of the handle, there is a 1/4th mount.

The Guru’s stabilizer has over 360° of movement on each axis. Take your viewers along for the journey because the Guru offers a 360° camera user a tool to stabilize their 360° adventure. This stability makes stitching for multiple cameras cleaner and reduces artifacting in 360° video. Create a more enjoyable experience by using the Guru 360° to correct unwanted movement, rotation, roll, and horizon drift.

Follow
Lock
Head Lock
The Guru has 3 different filming modes assigned to the 5-way analog joystick built into the handle. These 3 filming modes can be used to capture any type of scene. Use the filming mode, lock mode to lock in each axis, to hold the camera’s lenses in a fixed direction. The Guru 360° is the right tool for stabilizing 360° video.

The battery lasts up to 4 hours and can be recharged from the handle. The small size of the stabilizer ensures its viewable profile is not too obtrusive to the talent or the viewer. When not in use the Guru can be easily stored for travel in a backpack. 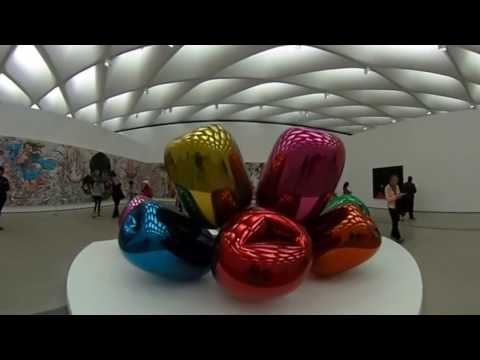 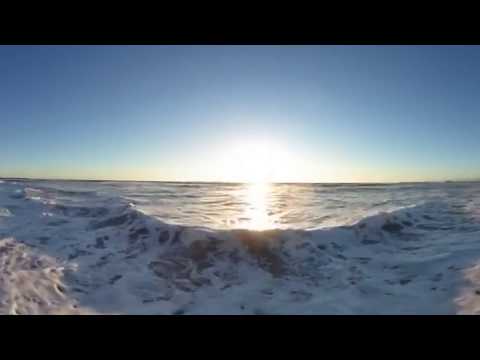