Strategy Analytics reports that RICOH is the number one 360 camera vendor in a market that is expected to grow 350% over the next two years. Growth is fueled by the popularity of VR headsets and the demand for content for the headsets.

The biggest market is for single and dual-lens fisheye cameras due to low cost and ease of use. 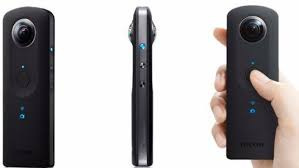 I think Gopro Fusion is in a difference price range, at around $700. But I agree that Insta 360 One is a good comparison point. Have you used all these cameras? And what are you using the THETA for most?

Nice comparison of 360 cameras by Mic Ty on 360rumors:

And information on THETA V: http://lists.theta360.guide/t/ricoh-theta-v-top-10-features-plus-comparison-with-other-popular-360-cameras-updated/1644

Since you’re on the theta360.guide, maybe you care more about building solutions for your 360 camera. I think the THETA is exceptionally strong there with an open API and a big, energetic developer ecosystem. Plus now, there’s a whole new powerful platform to develop on with the THETA V.

Are you a developer?

Correct me if I’m wrong, but I don’t think the Insta360 has spatial audio. It’s also more difficult to use without a mobile phone.

I think if you want to use a standalone camera without holding onto your mobile phone, the THETA V is a good choice.