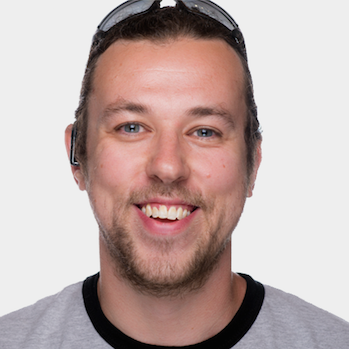 We recently interviewed Lex Dreitser, CEO / Creative Director / Unity Developer at vrvu.com, to find out more about the New York City VR University Meetup and its 1400+ members (“badasses”). NYCVRU often records their meetups using RICOH THETAs. We’ve interacted with Lex a couple of times this year, he’s a fantastic resource in the VR field, technically and creatively, and is always energetic and helpful. (Seriously, not sure if he ever sleeps.) If you’re in the New York area, this is a meetup that is definitely worth looking into.

1. What is the New York City VR University meetup all about? 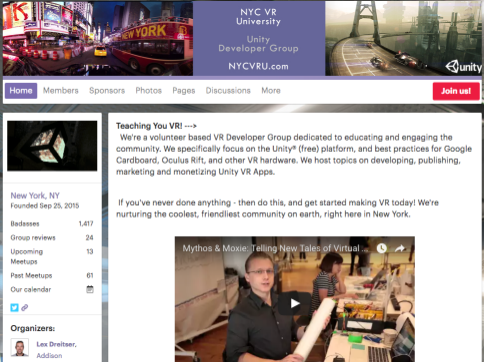 I tried it and it was love at first sight.

3. How useful is it recording the meetups with RICOH THETA? Any technical issues like overheating?

It has been great because we don’t need a designated camera man. That’s a real advantage. But there are several drawbacks, too. Audio is lacking, and video is limited to 25 minutes. Therefore, there is never enough battery or memory space for even our three hour events.

4. Why did you pick Unity for VR development?

90% of VR is made in Unity, so that’s an easy decision. We’re certified Unity developers here, so we take Unity development very seriously.

There are so many, it’s pretty hard to narrow it down. This one, Hot Dogs, Horseshoes & Hand Grenades, is a pre-release game that has really caught my attention. “If you like cooking, lawn games, and ordnance, this is the VR sandbox game for you.”

The current state of the Early Access version of Hot Dogs, Horseshoes & Hand Grenades consists of 10 environments, broken down into 3 categories: Shooting Ranges, Mini-games, and Gameplay Prototypes. It’s really great to see a VR game evolve in front of your eyes. 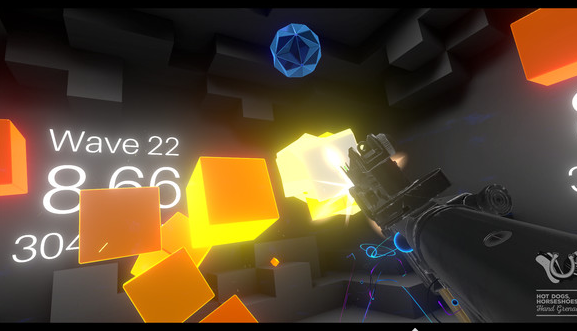 6. How soon until everyone has VR goggles?