SPHERICAL CAMERA IN THE STRATOSPHERE: On March 26th, as part of our normal cosmic ray monitoring program, Spaceweather.com and the students of Earth to Sky Calculus launched a Ricoh Theta S spherical camera to the stratosphere. The finicky instrument worked throughout the entire flight, resulting in this view from an altitude of 116,140 feet: 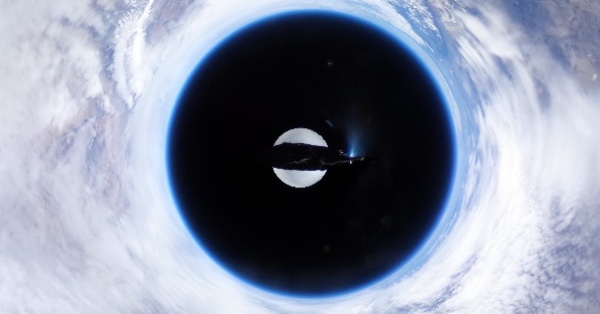 The view from a space weather balloon at 116,140 feet above the Sierra Nevada...

Click on the image, then spin and zoom. Be sure to notice the cosmic ray payload below the camera and the 50 ft-wide balloon overhead. The black object apparently bisecting the balloon is a thermal pack attached to the camera itself; this pack helped the camera stay warm despite surrounding air temperatures as low as -63 C. A few seconds after this picture was taken, the balloon exploded and the payload parachuted back to Earth, landing in a Joshua Tree forest on the verge of Death Valley National Park.

More spherical images show the launch crew, the payload approaching the cloud deck from below, and the parachute opening in the stratosphere. 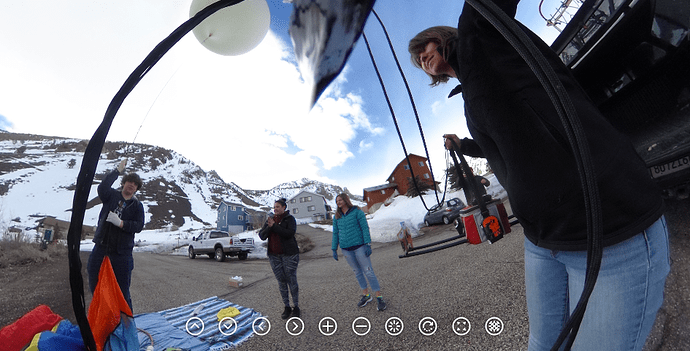 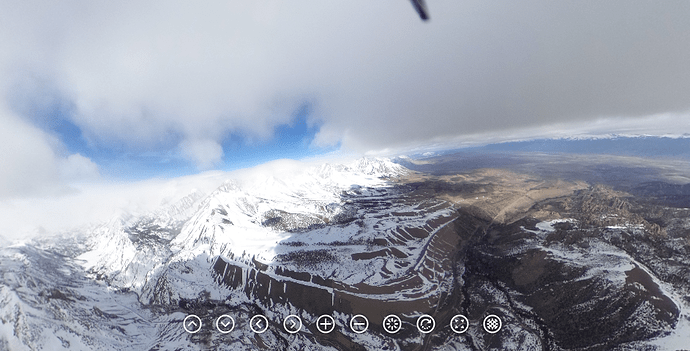 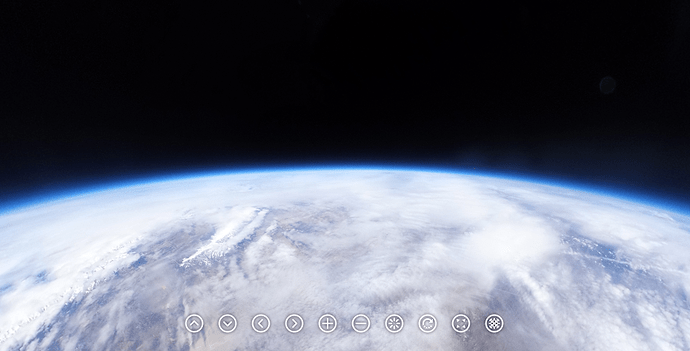 Wow at this height the temperature is below -40 celsius in the daytime awesome that the battery is still alive.

I was wondering about the same thing. I would have expected the battery to freeze. I wonder if they did anything to warm the camera. If they had a general electronics package on the rig, I can imagine using some of the waste heat from the electronics to keep the gear warm.

In the article it says they used “a thermal pack attached to the camera itself; this pack helped the camera stay warm despite surrounding air temperatures as low as -63 C.”

and the balloon explodes do to the low air pressure ?

He’s got a full range of cool pictures on his profile. 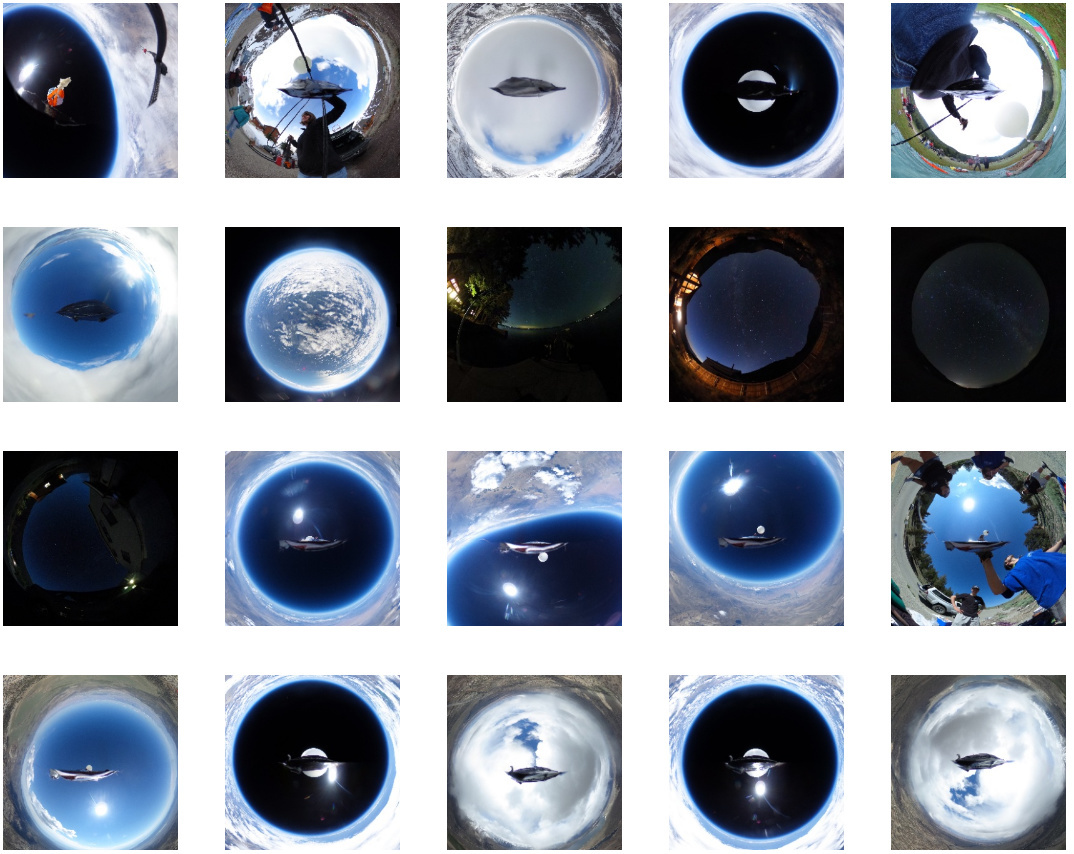 I think that’s exactly it. Air pressure inside exceeds air pressure outside. Here’s the famous “father - son” video sending up an iPhone in a weather balloon. The commentary (text in the video) anticipates the balloon’s breaking point. Jump to 5:00 if you want to get to the explosion immediately, though this whole video is fantastic.

Very neat, I was just talking with someone about launching a theta on a balloon to film the eclipse this summer. We were concerned about it freezing though.

We were concerned about it freezing though.

Would be nice to find a description of the heater.

Just sent email to Earth to Sky Calculus - which is named as the group that helped with the launch, along with spaceweather.com - to see if I can find out more about the thermal pack.

The cutting-edge research of Earth to Sky Calculus is 100% crowd-funded. Would you like to sponsor a research flight? The cost is $500. In return for your donation, we will fly a card or other item to the stratosphere and photograph it at the edge of space. After the flight, you will receive complete HD video of the flight, from launch to landing, as well as still-frame highlights that you can use to make greeting cards and prints for framing.

I don’t want to sponsor the flight, but I would like to get more technical details on the heater for the camera.

You don’t have to go up in the balloon yourself 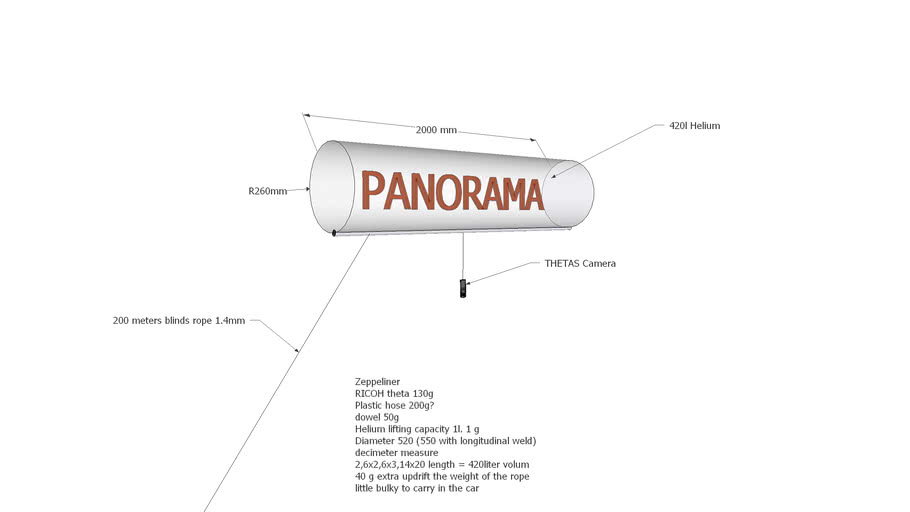 Note: Polyethylene Plastic are slowly leaking Gas so have an extra tube of helium in stock !!

I take it this would successfully get you around the prohibition against drones? Might also be nice since I’m assuming it would be silent. Might be less effort to hold than your fishing pole, even.

the prohibition against drones

i Hope so
WIFI reach over 260 meter in the sky a bit higher than a 8,5 meter fishing pole

hoping the rope do not break