RICOH THETA versus GoPro Fusion for Underwater Use 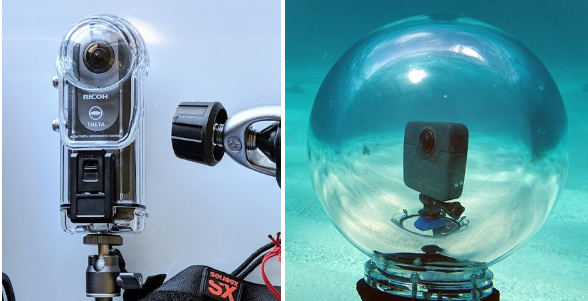 RICOH THETA housing TW-1 offers superior convenience. GoPro Fusion “bubble” housing brings superior optical quality, especially at the stitch line and in directional light (like the sun from one direction). Large size of the GoPro Fusion housing and software glitches makes it a hassle to use for diving. RICOH THETA workflow is smooth, but housing is clearly visible in images and video.

Note that this site is sponsored by RICOH. The reviewer received no money for the evaluation. The reviewer is more familiar with the RICOH THETA. Some of the problems with the Fusion workflow and software may be resolved with more experience with the Fusion. In addition, please see the note under the Fusion review section for more information on prior experience with the THETA V on land and GoPro Hero 5 underwater. It’s difficult to compare the pictures as the THETA V and the GoPro Fusion were used at different sites and at different depths. Most of the THETA V shots were taken at 90’ and appear blue due to the ocean water filtering out the red color elements.

This article was written based on interviews with the reviewer.

Perks of the housing:

Cons of the housing:

Example of housing in full 360 picture: 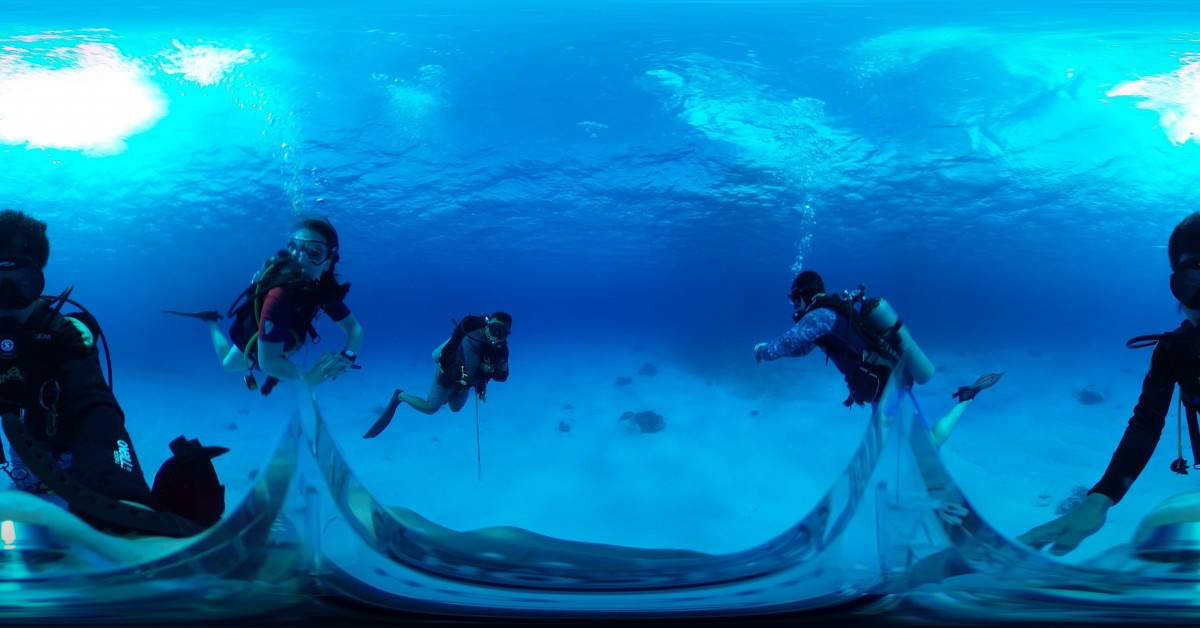 Portion of picture with housing: 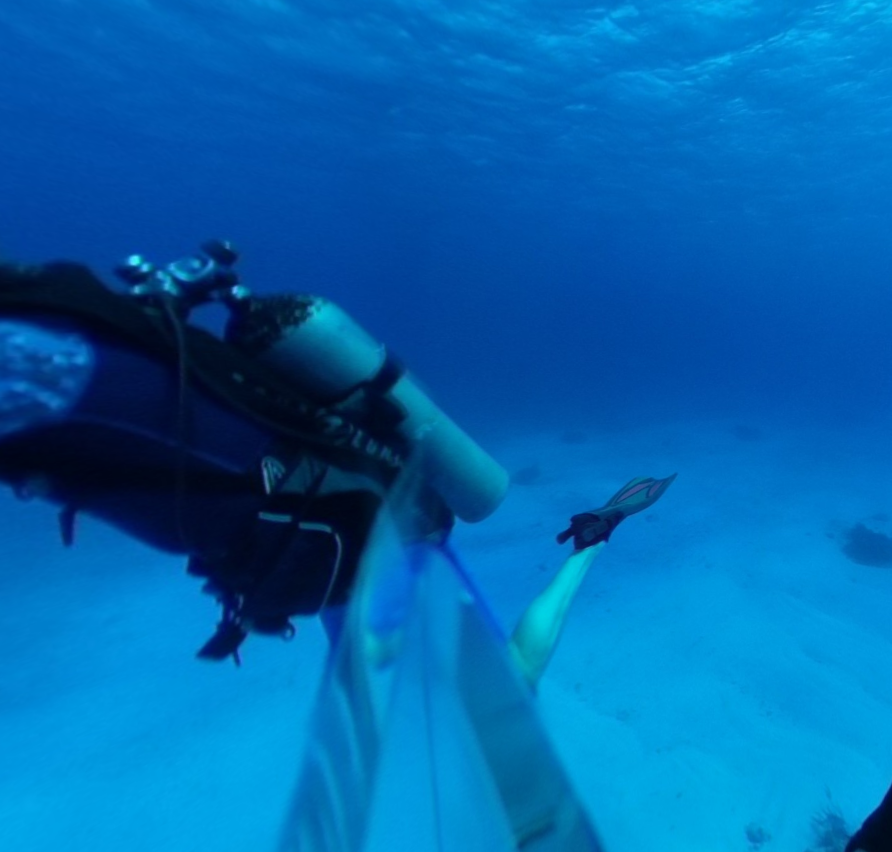 Problem with lack of self-timer mode. 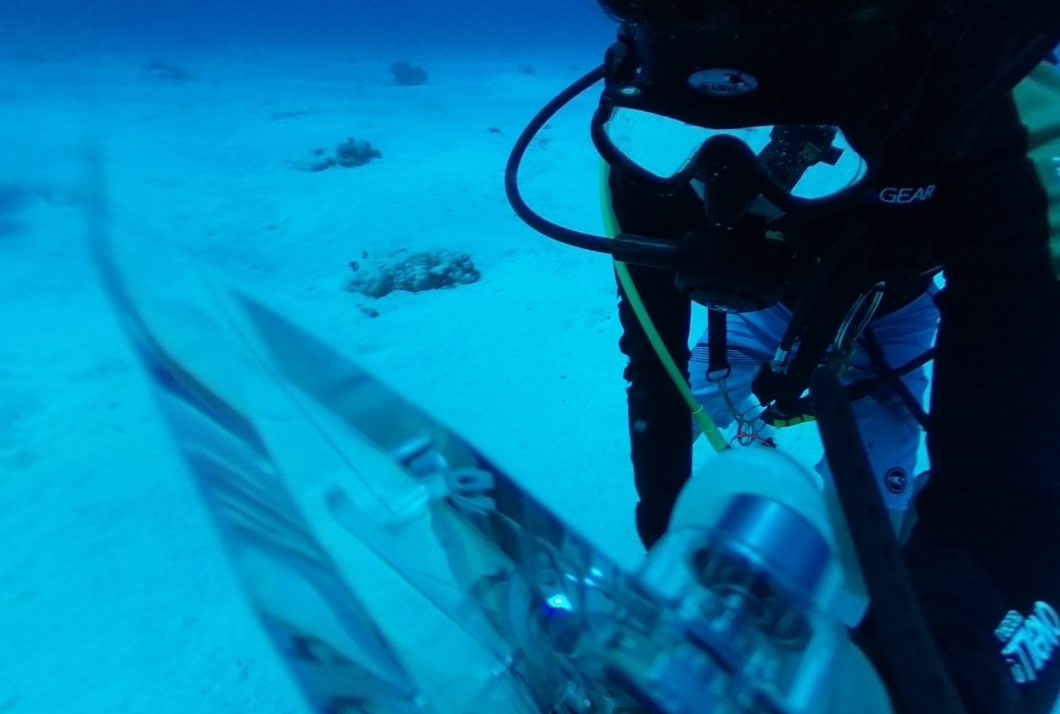 Note that this problem of the photographer being in the picture has been resolved with the development of the scuba plug-in.

A quick summary of experience with the Fusion: 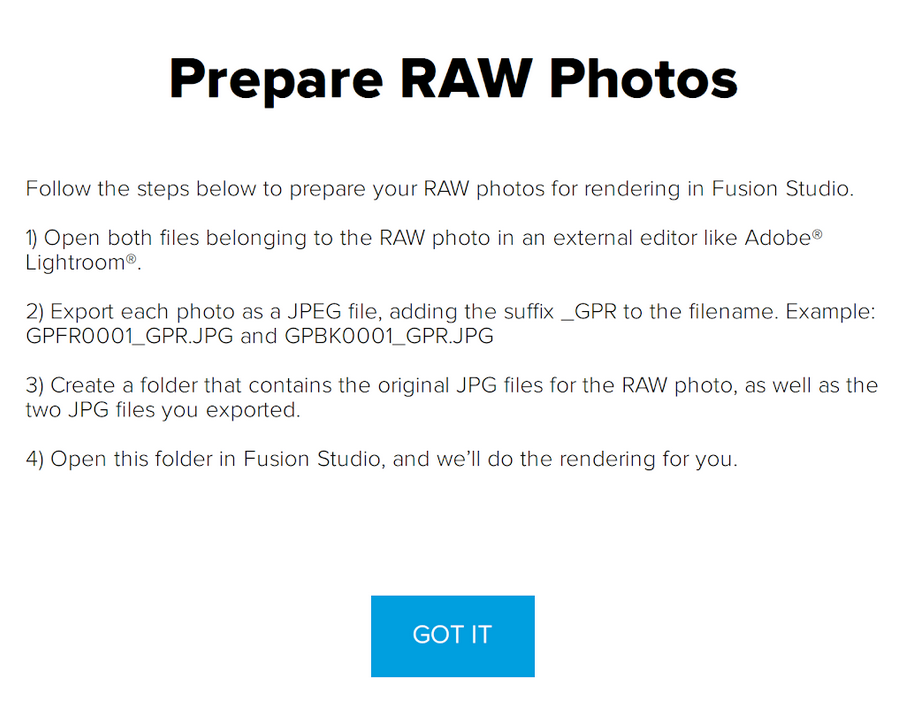 I believe the actual photo quality of the GoPro is superior to the Theta’s. However, the software and the camera as a whole is horrible. It overheats after about 30 minutes, and has a weird 2 SD card system (the front camera records to the one SD card while the back records to the other). The 2 SD system is made worse by the fact that stitching needs to be done on the computer and must follow strict organization/naming conventions. The final kick in the gut is that even after all that you run a 50% chance of getting your videos to actually work.