This paste weekend, tested my Theta V at a botanical garden, and a bike trail, taking still photos, with the camera stabilized; tripod for the former & a metal rod on top of a trike for the later.

Pictures are not sharp as I had hoped. Could be:

Going on vacation later week, and will be renting a pro level 360 camera as well as the taking the Theta V, Both cameras will on a very robust tripod for the same compositions, BUT will try using DR mode & ISO-priority, as well as HDR mode for the Theta V.

Is there some other setting(s) that I should consider?

This video may provide some ideas: 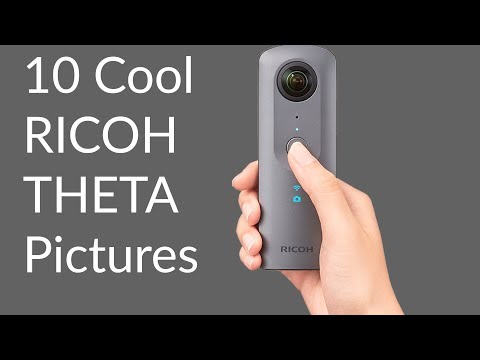 This is another group

I think the images below were taken with auto settings. 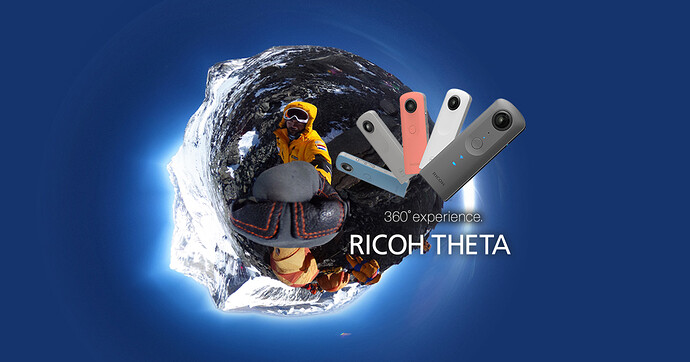 HDR doesn’t do well when there is any movement in the subject area or with movement of the camera.

I agree with @Bob_White that HDR is most useful indoors like with a “real estate” type of shot. Outdoors, the best thing is to start off with “automatic” on a tripod. If the shot looks grainy or blurry, you can try experimenting with the exposure and ISO.

I’m not a good photographer, but I would try a low ISO like 100 or lower. 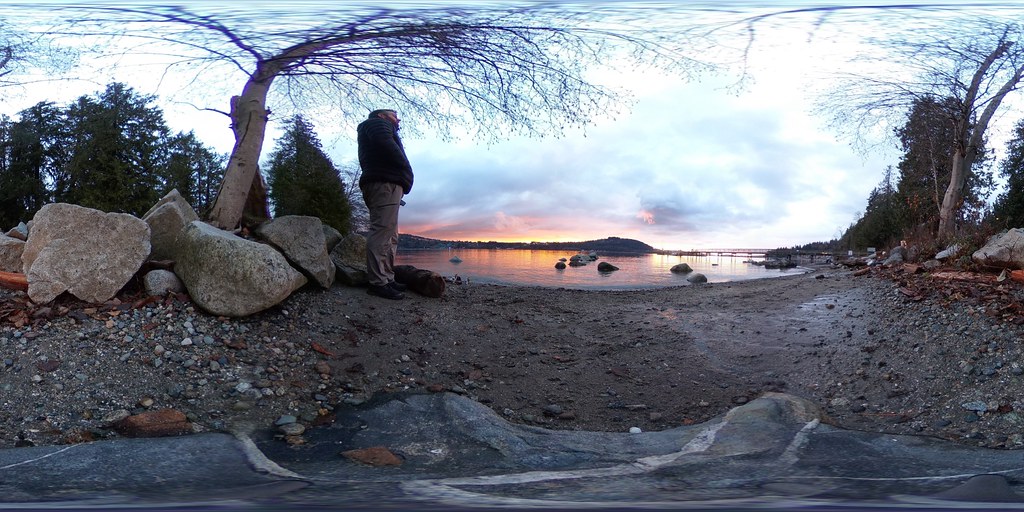 the clarity looks good to me. 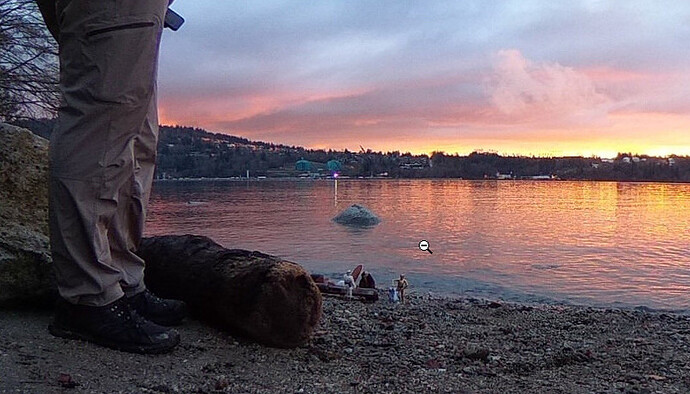 Was looking at 10 samples in that video, on my Android OS smartphone, and the outdoor ones looked impressive. On my 2560x1440 billion color monitor, not as much.

Don’t know if you remember codetricity, but I inquired about off-line 360 viewers, a few weeks ago. Purchased & returned the Lenovo Mirage VR headset, after it was too difficult to use as a photo viewer … but being desperate to dive into 360 photography, found the GoPro Player 3.0 to be acceptable. The viewer that came w. the Theta V is not quite as good.

Since I’m using software on my high-powered monitor, the Theta V’s photos might be better suited for for a lower resolution viewer. Something like #1, that I comparing a $400 360 camera to what I see coming out of a semi-pro DSLR which creates raw files that I post process.

Suspect Bob is on to something w. the HDR mode. With my DSLR & advanced P&S cameras, stay away from HDR & exposure bracketing, when a landscape contains something moving like water. Reason #2 is sounding like the main culprit.

Will HDR in my next photo shoot w. the camera in a few days, but only to prove Bob’s point.

Will try shooting in ISO and shutter speed priority. Know w. the DSLR always shoot at the base ISO, UNLESS there is wind and vegetation needs to be kept focused.

The THETA V has a max still image resolution of 5376x2688 for the entire sphere. The viewable resolution is going to be lower. The sensors are 2 x 12 megapixels.

If you’re using a DSLR, you’re going to get better image clarity. Realistically, I don’t think the THETA will ever look as good, regardless of the settings.

I think a realistic bright light image is something like this: 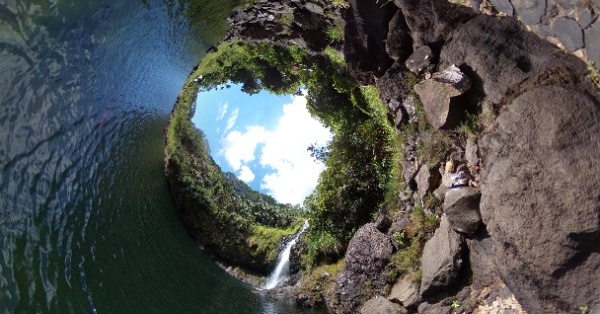 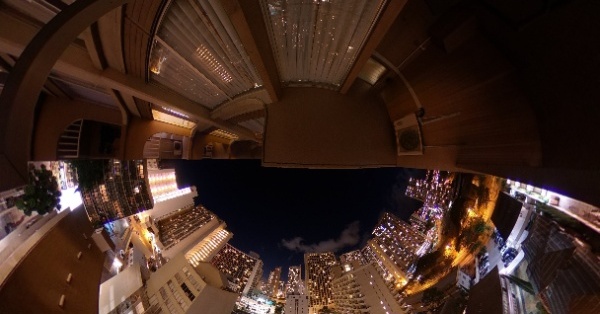 The above three shots are samples from Ricoh.

Those are probably a good baseline to see if our own shots can be improved up to the limitations of the THETA technology. Beyond that, you may need a bulkier DSLR rig or higher-end 360 camera.

BTW, as you know Ricoh makes some pretty decent Pentax DSLR camera. There’s an interesting demo of combining a THETA S with a Pentax K-1. 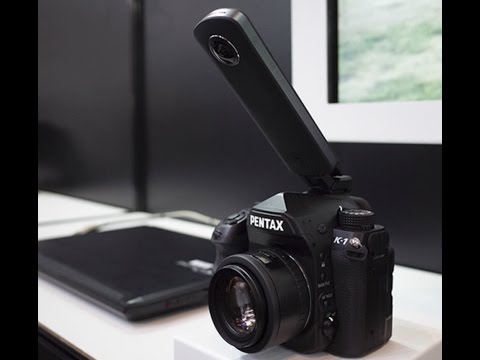 Hawaii 2 & 3 are impressive, even when I go to full screen.

Wondering … instead of in-camera stitching, can use a 3rd party app, and do it in Windows? If so, how do tell the Theta V NOT to stich & just save the preliminary files.

I tried HDR for fireworks and it was an obvious complete failure. I agree, subject needs to be stationary. IF that’s the case, though, HDR is an easy setting to significantly improve picture quality.

This one is made from 10 shots at long exposure. Might be worth trying long exposure and low ISO to see if it reduces noise in lower light conditions. 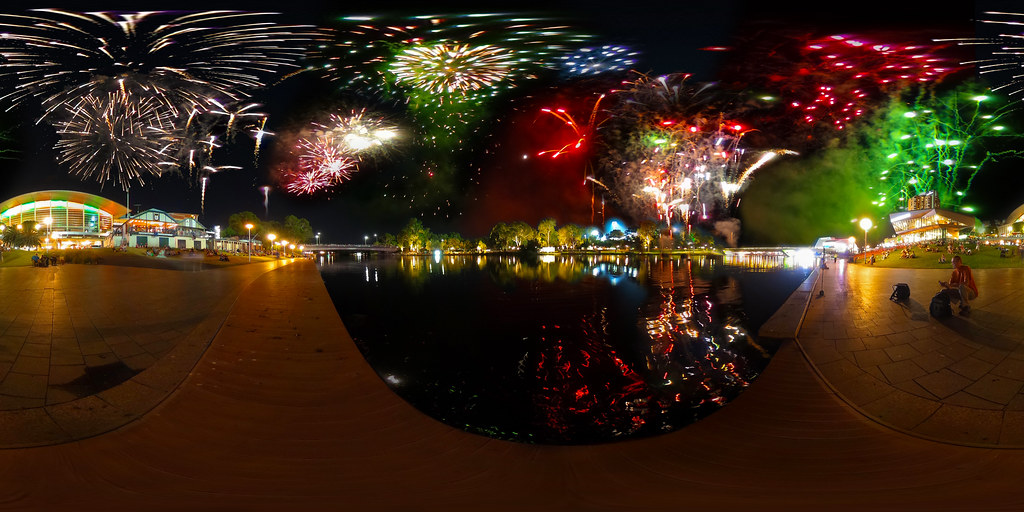 When I pitted the Theta V against the pro-level 360, it lost horribly in the image quality tests. If the Theta V images are viewed on something small like a cellphone, it does very well … but not on a large screen.

Despite the helpful hints, some images taken on my trip were improvement, but there was still lots of fuzziness ==> Returned the Theta V for store credit. Wasn’t getting the quality of photos that others have been getting (defective camera? not many settings to control). However, even the sample photos w. the camera from others, lose some luster on the large screen.

Bottom Line: Worse than the pro-level camera’s more $$$ than a FF DSLR, it’s bulk & weight lead to look at small APS-C DSLRs … and certain that I found one for cycling. 360 photography is a good idea, but the market needs to mature ==> Good quality in a usable size is not there yet.

@GraphitePaddle Thanks for posting your assessment your THETA V. Just adding my own personal observations. It’s not intended to convince you one way or the other - especially since you’ve already returned your V - but rather looking to compare notes.

I’m an iPhone and RICOH GR user, so I’m mostly a point-and-shoot photographer. I’ve been using THETAs for almost 3 years. They’ve never been my main camera, but I use them regularly. Since they’re also basically point-and-shoot (without the pointing), they probably fit my needs well.

I’ve found THETA strengths to be:

I’ve found their weaknesses to be: