This is an effective technique for stores and restaurants to give people a feel for their location. 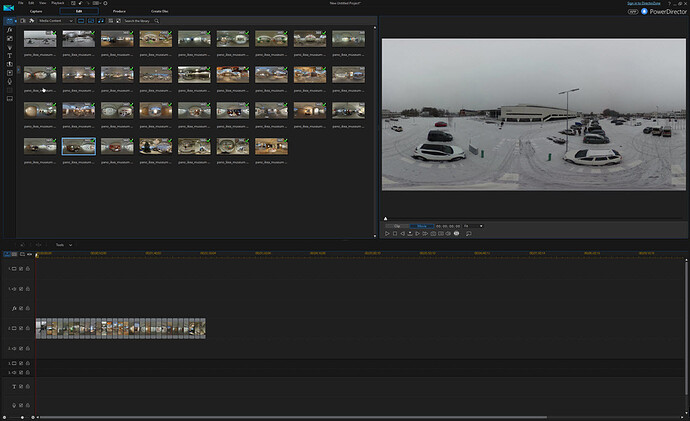 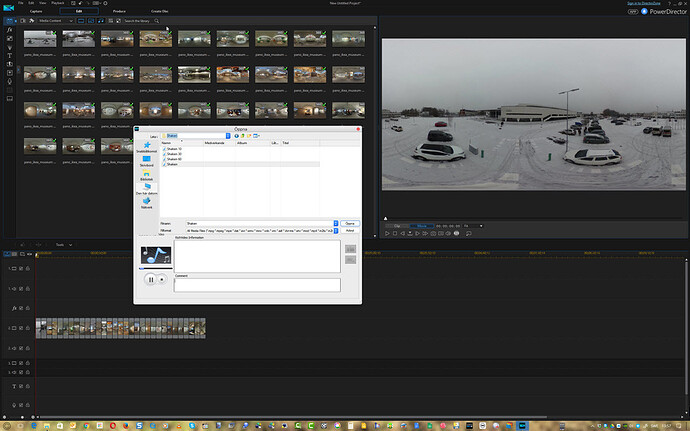 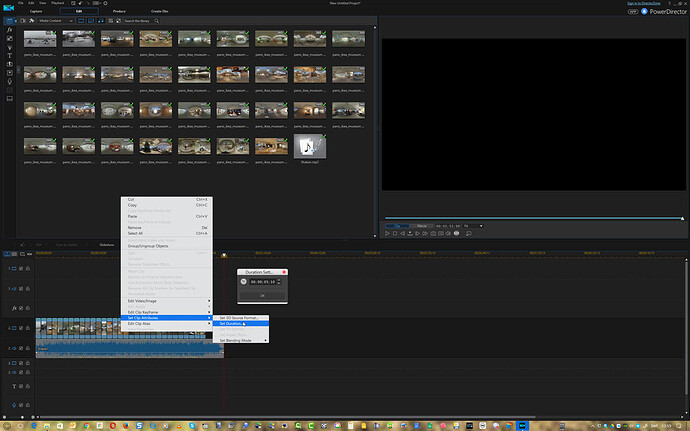 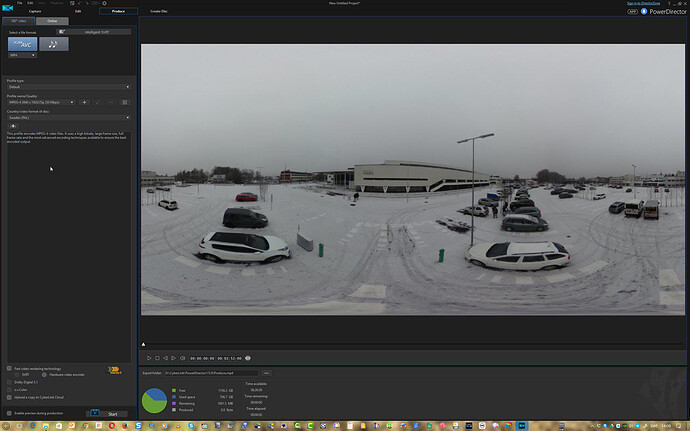 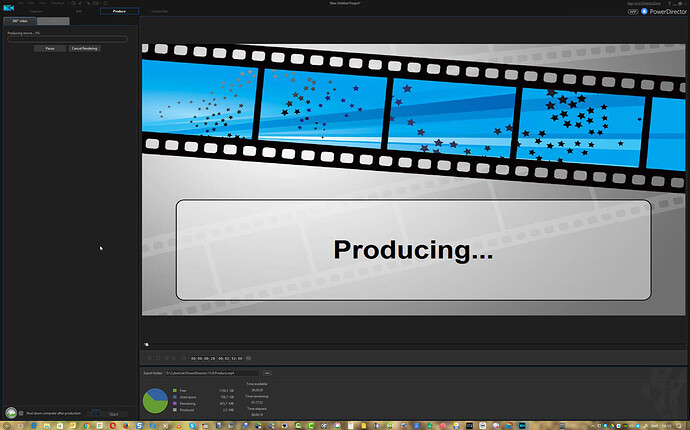 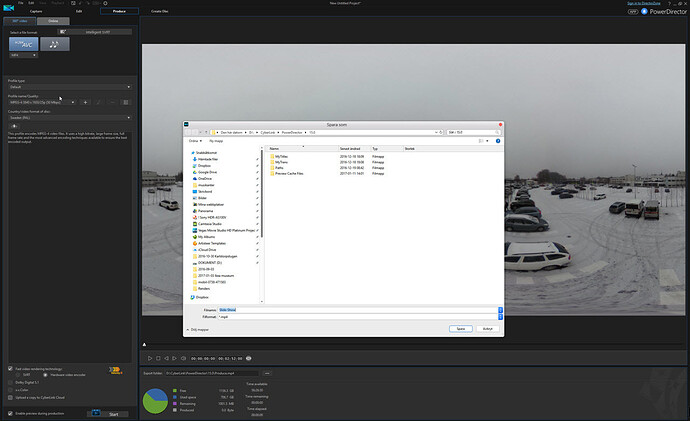 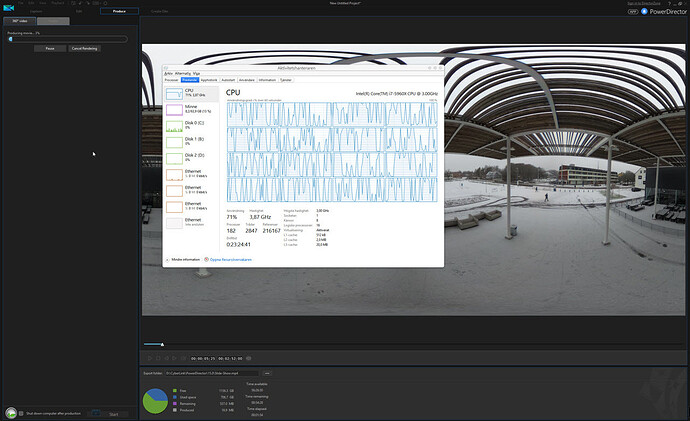 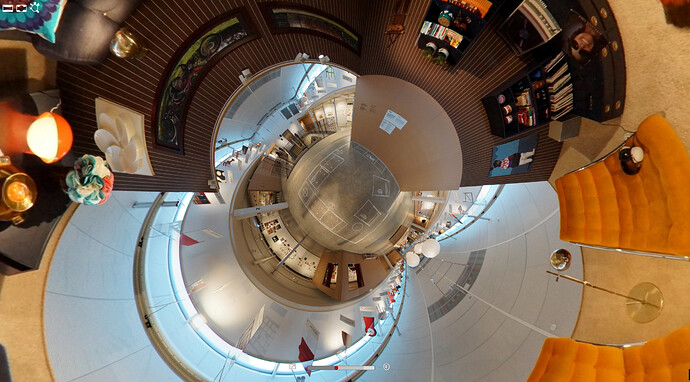 but CyberLink PowerDirector 15 are awesome so worth testing 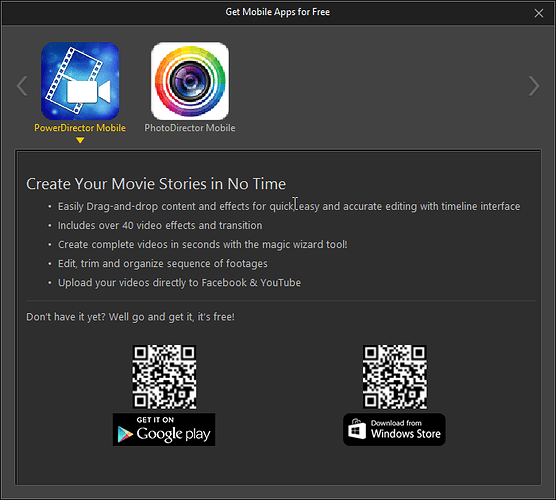 Nice job with this. Do you have a contract with IKEA? It’s a great way for
museums to show their exhibits. On my home office connection, I’m having
problems with the music and video stopping.

My downstream bandwidth is only 15Mbps and my upstream is only 1Mbps. Any
way to show this on a CDN so I can get better caching in Silicon Valley,
Calif.?

Oups Sorry i forgot Smart Phones and Tablets cannot display 4K Videot then you only see the preview panorama from the parking place, so now we uploaded an alternative file in HD 1920x960 10 Mpbs half size, the Phone or Tablet loads the 360 video as well but in the lower resolution

All right we want 4K, but what is the use of it when only a few can enjoy it

i think that we really should be after, are better optics and image Quality

Do you have a contract with IKEA?

i worked consult for them a couple of years

On using Chrome on Windows 10. How do I get the video to buffer? When I click on the video, it stops briefly, than starts again automatically and then pauses. It will only pause for about a second. The experience is great except for the constant buffering pauses. I like the clarity of the images and the music. The buffering is a problem for my enjoyment. I don’t have an iPad.

Is there a way I can manually select lower resolution? In my opinion, it would be nice to have an option for people with less than 5Mbps reliable Internet bandwidth speed.

Thanks for looking into it. There’s several advantages to using still images in a video format as a 360 slideshow.

The resolution is obviously going to fantastic, limited by the audience Internet bandwidth, not the limitations of the camera. The other advantage is the videographer (I’ll use the term digital artist) can control the flow of the information (image and sound) and help the viewer experience the space in a good way. The viewer can also interact with the slideshow and focus in on what is interesting to them.

Much more so than with standard videos, the 360 digital artists needs to let the audience interact with the video at their own pace and each experience will be unique.

IMO, the 360 slideshow is a better learning ground for these techniques.

Thanks for sharing the results of your innovative work. I look forward to more updates.

Thank You Yes You a Right

On using Chrome on Windows 10

I tried on firefox and edge and don’t get the light gray line for the cache.

Now on Ubuntu 16.10 with Firefox and Chrome. Caching not working, but I can move the red slider button to the left to get a cache. with this technique, I can get the full experience.

With these machine specs, i have a rough experience. The movement of the video is not smooth:

I think that the viewer needs a machine with more CPU power than the above specs and more than 15 Mbps Internet bandwdith.

My machine with smooth viewing:

I think that the limitation may actually be CPU, not memory.

I think it would be useful to have more educational information on 360 digital art techniques to help each other improve both skills and overcome technical issues, both in creating the 360 digital art as well as experiencing the art.

First of all clean the browser cache (the old pano.xml file must be removed to see the change)
try to right click the Panorama Video and chose Play Video in HD 1920x960 in the menu
the HD panorama loads the HD Slide-Show-panorama-low 10 Mpbs version

see if you get light gray collor on the seek bar ? 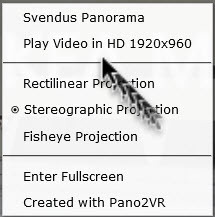 Works better. thanks. I like this experience. I can imagine showing museums and restaurants this way.

Do you now get light gray collor on the seek bar ?

Do you now get light gray collor on the seek bar ?

BTW, my wife wants to go to the museum now, but I told her it was in Sweden and it’s too far away. So, it’s effective way to entice an audience to visit a location.

The best part of the technique was to corridor where the timeline was on one side and the living room was on the other.

BTW, maybe move discussion to the “Virtual Tours” category? I’m actually not sure how to branch a discussion myself.

The tours and techniques could be educational for other people.

I think it would be useful to have more educational information on 360 digital art techniques to help each other improve both skills and overcome technical issues, both in creating the 360 digital art as well as experiencing the art.

You are right i made a new Tread under Virtual Tours here,
as this is a general problem with streaming 4k Video

try to test this 8K Video on Youtube to se the settings that are running on your configuration ?