First, I tested using a standalone Flutter app for Windows. I loaded it on my Dell XPS 13 7390 running Windows 10. I got it as a zip file and unzipped it. 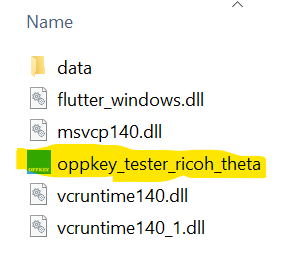 In order to test it, I have to connect my laptop to my Z1. I double click the executable. It works on the first try.

I can run the info command, find state, take a picture, and more. It shows the battery level both numerically (in the title) and with an icon (far right).

Running Flutter on Windows for Development

Following the video, I check to make sure to see if my Flutter channel is on dev. It is!

And I installed the Desktop Development with C++ along with Visual Studio. So far, so good.

I enable for Windows desktop. And when I do flutter run -d windows, it runs!

That’s me with a thumbs up in the picture.

Small detail: I notice that @codetricity was able to run flutter with a different order in the command, but both seem to work

I’m going to start adding buttons and some new functionality to the app. I’ll post again soon. Examples already exist in the Flutter code using multiple different API commands to control the camera, I’m expecting the first steps to be straightforward. If anyone else wants to try, the video at the top is a good starting point.

Did you try it on Android as well?

Last time I spoke to you, there were some problems with merging the fork. Did you figure that out?