I have several thetas that I’d like to deploy a custom plugin to. Do all of the Thetas need to be registered as developer, connected via ADB and deployed in Android Studio in order to get the plugin?

It appears the only other choice is making it publicly available on the store. Obviously, I’d like to avoid distributing my company’s plugin publicly. What choice do I have?

The individual cameras all need to be unlocked and need to be installed with adb.

You can’t install a private plug-in from the store or from another web site.

You can restrict use of your plug-in in the store by having the plug-in connect to your cloud-based site and requiring log-in from the plug-in.

A similar strategy would be to use a license or other key that is entered into the plug-in after installation through a web interface.

Thank you for your fast reply. How long does it take to be accessible from the store? We need it deployed in a matter of days.

It will take between 1 and 4 weeks in my personal experience.

Once you create a developer account (free), you can use the web interface to send the RICOH team questions, which goes into a support system that a manager checks. I suggest you use that web tool to ask for updates. No need to be shy as you are using the plug-in for a business and your question is completely normal for a business.

If there are any problems with the submission, you may need to submit the plug-in zipped package again.

to communicate with the official RICOH Team

Screenshot of way to open up support ticket (free). You can use it to ask general questions as well. 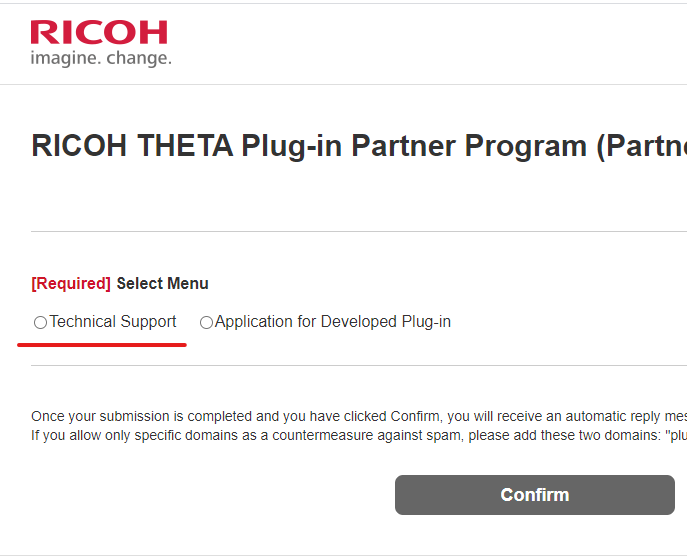 You can ask questions about the submission process like this: 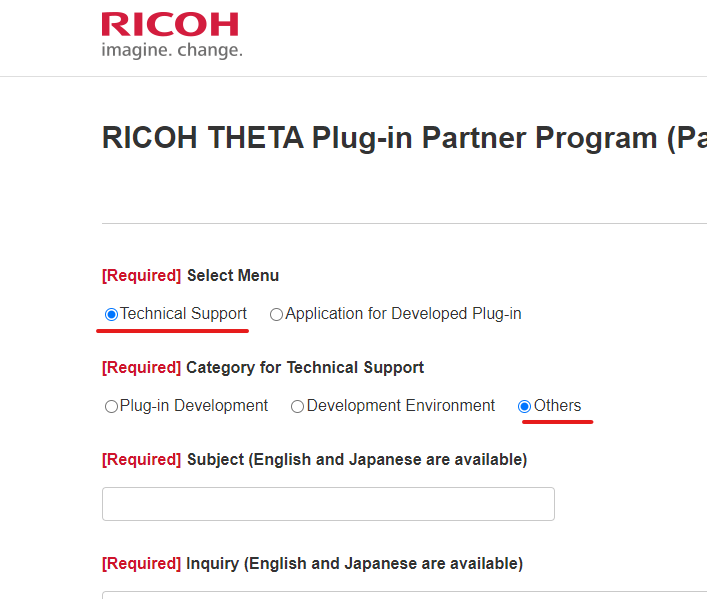 Please fill out the developer survey. 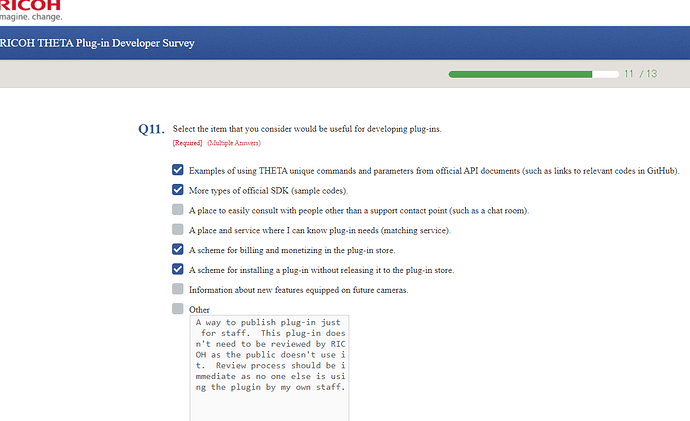 If I have to submit my ricoh theta serial numbers, which invalidates the support/warranty, to fill out a survey, I’d rather not.

Is there another way?

Thank you. I am sending a note to RICOH to ask them.

You may be able to send comments using this online line. I believe it does not require login.

I will also send you their support email by DM.

thank you for your help with this.

Thanks, I sent a note to their zendesk. Let’s see what happens.

I believe this link from RICOH will work even if you are not registered for the partner program. You should be able to submit your feedback without having to void your warranty.

We will answer ask to RICOH THETA Plug-in Developer Survey