The Ricoh Theta V is the latest version of the best selling 360 camera, with the biggest improvements and changes compared to previous versions. In this post, I will talk about its top 10 features, and will show a comparison against other popular 360 cameras.

On December 20, 2017, Ricoh issued a major firmware update (1.20.1) with several improvements to the Theta V:
– First, purple fringing has been reduced. The Theta V has very good image quality, but it was susceptible to purple fringing. This update mitigates the purple fringing, an improvement that has been requested by many Theta V users (including myself).
– Second, there is now an option to correct rotational shake in videos. This seems to suggest improved stabilization. I’ll update this after I experiment with it.
– Third, subject shake has been reduced in videos, but there might be an increase in noise. This seems to imply that the Theta would use a higher shutter speed (to reduce blur), but would increase the ISO to maintain the exposure. I hope this is an option that you can turn on or off.
– Fourth, better spatial audio when using the TA-1 microphone. I will try to test this.
– Finally, auto shutdown has been reduced from 48 hours to 18 hours. Theta V has two power modes when “turned off”: one mode is a standby mode that enables the camera to quickly start shooting again. A second mode, when the Theta V is inactive for a prolonged period of time (or if you hold down the power button for several seconds), is a total shutdown to conserve battery. From this mode, it takes a few seconds to startup. This firmware update will shutdown the Theta after 18 hours instead of 48 hours.

To update the firmware, simply charge your Theta V and when full, connect it to your PC or Mac via Micro USB and launch the Theta app. Under the File menu, there is an option to update firmware. More info and detailed steps here.

Free selfie stick promo: In addition to the firmware updates, Ricoh is offering a discount on the Theta V ($379.95) and will include a free Theta selfie stick, only the holiday season. Just use this link and the promo code SELFIE17.

Here is a video version:

Top 10 Features of the Theta V

The Theta V’s stabilization is not robust enough to stabilize videos while walking – for that I would still strongly recommend a 360 gimbal. However, the stabilization can be used for a floating camera effect. I also like that the Theta’s stabilization gives you control of the camera’s direction (yaw), unlike other stabilized 360 cameras that are locked onto one direction. Another benefit is that it seems there is no drifting.

In addition, it has an external microphone jack, a rare feature among 360 cameras. This is useful for live streaming or other situations where a separate recorder is not feasible. (Tip: use a TRS jack or adapter.)

Finally, Ricoh has an exclusive spatial microphone accessory, the TA-1 that captures professional grade spatial audio. The TA-1 attaches to the base of the Theta V, minimizing its profile in the nadir.

The Theta V improves exposure controls by expanding the base ISO 2/3 stops to ISO 64 (from ISO 100) and by increasing the maximum shutter speeds two stops to an incredible 1/25,000. Among other things, these improvements enable the Theta to capture the brightest highlights. In this example, you can see that the Theta is able to tame direct sunlight (in Sunny 16 conditions), capturing everything but the solar disc and specular highlights in the waves.

One of my favorite features of the Theta V is how easy it is to connect to the app. I can connect reliably to the Theta V on either Android or iOS. In fact, on Android, the Theta V connects automatically to my phone whenever I turn on the Theta V’s Wi-Fi, as long as my phone’s Wi-Fi is available (i.e., not connected to another network).

Theta V and Keymission 360 also have the best shadow detail in this group, although I think Theta V looks sharper.

As for stitching, Theta V’s stitching looks the smoothest compared to the other cameras in this group. Theta V also has less obtrusive warping when the subject crosses the stitch line.

ABOUT THE AUTHOR
Mic Ty is an experienced 360 shooter and is a consultant for 360 camera manufacturers, 360 accessory manufacturers, and 360 software developers. He has written over 1,400 articles on 360 cameras and VR on his blog 360rumors.com, which is known for its in-depth hands-on camera reviews.

One of the few issues I had with the Theta S and older Thetas is the somewhat unpredictable connectivity. Sometimes, I would be connected via Wi-Fi but the Theta app would not be able to connect to the Theta. It was frustrating and there were times when I needed to use the app to change exposure settings but could not. Strangely, third party apps had no problem connecting.

I suspect that this problem can be resolved with an app upgrade from THETA. There was an iOS app update today. I don’t know if it helped with the connectivity issue or not. It seems that Ricoh is putting effort on the mobile app upgrades and look forward to more improvements in the near future.

Thanks codetricity. I seem to recall they had tried to address it before with an app update but it’s a problem that has plagued previous versions of the Theta for as long as I can remember.

BTW, excellent article. Thanks for contributing this detailed review.

Thank you very much! I appreciate the feedback! Happy to contribute to the Theta community!

As I really lack photography knowledge, one of the things I appreciated was the section on exposure controls. Honestly, I usually rely on the automatic setting controls as I don’t have the knowledge to set the shutter speed properly in different lighting conditions. That’s a good example taking it in Sunny 16 conditions. BTW, I notice you’re using kuula.co now for the image storage. I remember you used to use roundme.com

I believe that people liked to use roundme.com because it stored uncompressed 360 images. Just curious to learn how experts like you make decisions on where to store images.

Hi codetricity. You might be interested in learning about exposure (aperture, shutter speed, ISO). It will help a lot for both photo and video.

Sometimes, I use kuula just because they are more likely to share my post when I use their services. I use roundme for anything that requires high resolution.

Just curious about the exposure bracketing, I have an old Theta and the bracketing implementation was good but in my opinion way too slow to be useful, it would take about 45 second to do 7 brackets from 1/6 to 1/1000. I could do a 360 7 brackets in 4 different directions with my DSLR faster. Has the speed of taking the snapshots improved on the Theta V? I am just about ready to pull the trigger on upgrading but since that is my most important feature I need to make sure this has been sped up a lot. I would also take unstitched photo’s if it meant I could get a 7 bracket exposure done in under 10 seconds.

Well I don’t think it was the app slowing it down as I used other HDR apps which all went at the same speed. I think it had more to do with how quickly the Theta could Stitch the photo and save it to it’s memory. I’m hoping the memory got a speed increase and with the new processor can stitch the photo’s faster.

OK I will test it to see if it has gotten any faster.

Do you prefer kuula.co over roundme.com?
I believe that people liked to use roundme.com because it stored uncompressed 360 images. Just curious to learn how experts like you make decisions on where to store images. 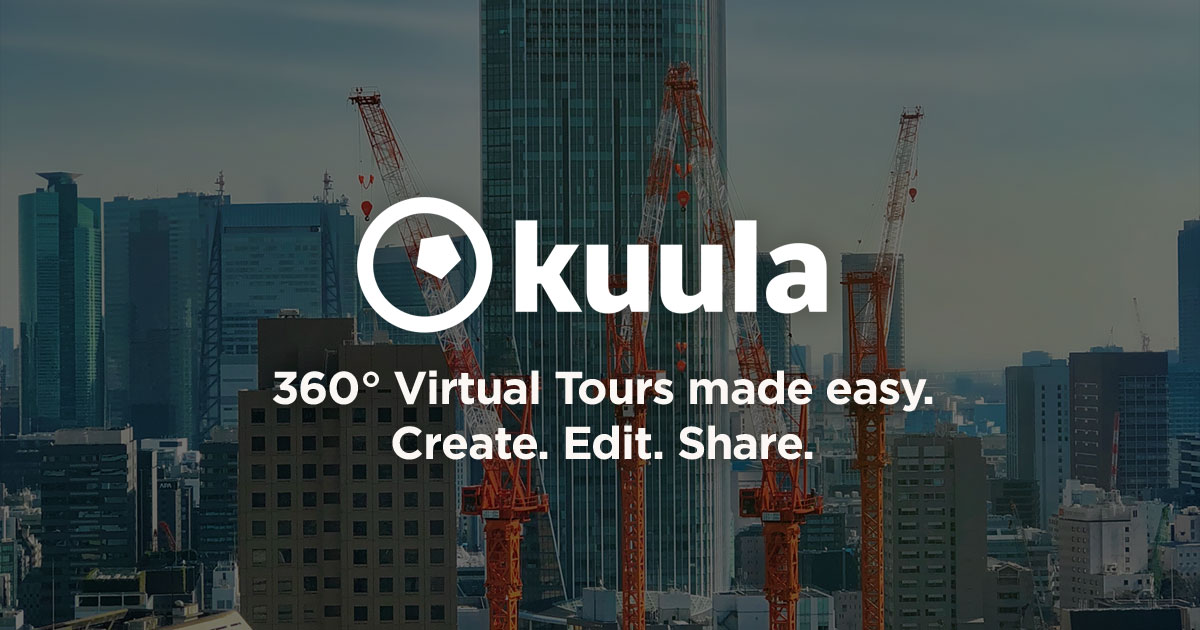 Basic, PRO, Business - choose the right plan for you!

Roundme is a simple and beautiful online app that allows you to create, share and explore Spaces.

Is it not a matter of pricing ?
To day Google Photos
take Photo spheres up to 100 Megapixel for free

Is it not a matter of pricing ?

Do you use it for virtual tours too? For example, do you group several pictures together to show one building?

An audio input, can you receive on-line audio, for example from mixing a sound table? The idea would be to inject stereo audio from the external sound mixer during video transmission mode.

Do you use it for virtual tours too? For example, do you group several pictures together to show one building?

Google Photos mostly for private sharing !
But on Google Maps we can now even make an income as Google Trusted photografer
Here are outside, inside and upstairs linked together with arrows
Telephone number and E-mail address with a link to our Panorama site are on Googles index over Trusted photographers in our province where People contact us

we have actuarily posted over 1000 Photo spheres high and low resolution on Google Maps
having over 2.5 million hits the last year.

TBH I don’t understand what is a sound table, but the mic input can accept spatial audio, so I am guessing it can accept stereo as well.
Best regards,
Mic

I don’t know much about audio jacks, but the picture of the attachment shows that the plug is divided into 4 segments. 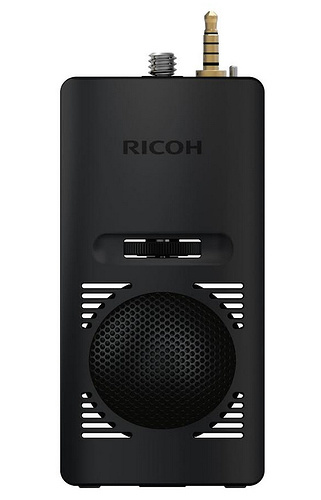 Are you thinking of plugging a two-channel line into the THETA V?

Thanks codetricity! That’s a good point. FWIW, when I plug in a TRRS lav mic, I have to use a TRS adapter and it comes out mono but on both left and right channels.

Yes, I’m thinking of connecting a two-channel line to Theta V, coming from the stereo output of an audio console!