How come Theta Z1 has only Photos 23MP ?

I was just wondering you know…

why does Theta Z1 has only Photos 23MP ? My smartphone has twice that…(48MP)

Any ideas ? Thanks for your comments… 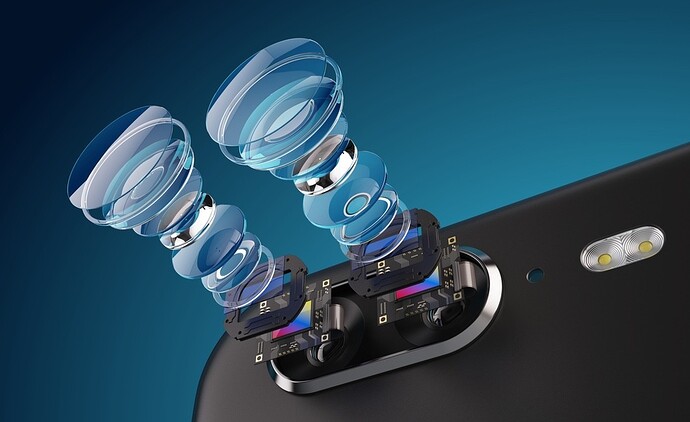 15 Top Smartphones With 48MP Camera You Need To Know

The latest trend is that of a camera snapper rated at 48MP, trying to bring a DSLR’s capability to our dear smartphones and make the images detailed. Now that the trend is a raging one, I have prepared a small list of all the smartphones with a 48MP...

Well, the new Sony sensor actually has 48 effective megapixels. (The binning is used to reduce resolution in order to reduce the noise common with tiny pixel sizes such as 0.8 um. Its not interpolation to fake a higher resolution.)

But in this case we are talking about sensor pixels with each of them being sensitive to only a single of the three base colors. Therefore, the actual chroma resolution after de-bayering and creating the output image is significantly lower.

On the other side, the 23 MP of the Z1 are the output pixels after de-bayering and also stitching as well as remapping into equirectangular projection.

So the Sony if better than Ricoh ? (I am kinda lost here…)
Sony cost more money ?

And what do you mean with ‘better’?
Resolution?
Dynamic range?
Noise ratio?
Field of view?
Physical dimension?
Smell?
…?

I am kinda lost here …

The article below has some information on the image sensor design choices and benefits. The noise reduction may be better due to larger sensor and larger pixels.