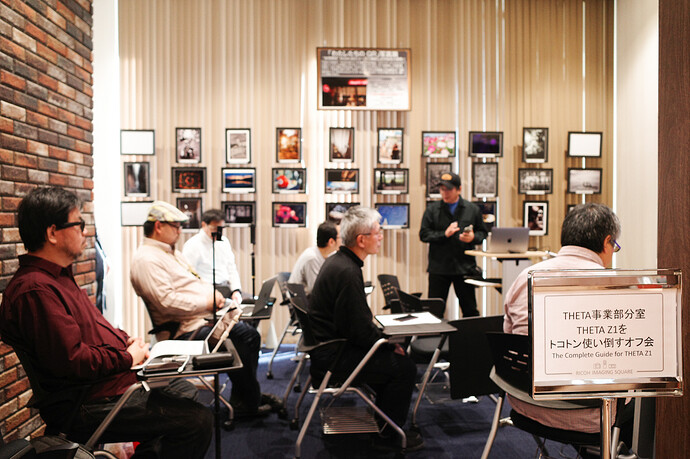 image1200×800 384 KB
THETA community’s @Juantonto (also known as Toyo) gave a workshop called, “The Complete Guide for THETA Z1” at the RICOH Imaging Square in Osaka on Dec 23rd. This was covered in Japanese by THETA Laboratory. Key portions are translated below.

Juantonto showed how to develop and edit RAW images (DNG format) shot with a RICOH THETA Z1 and then convert the DNG images into JPG images that can be shared to on social media. He focused on using Adobe Lightroom Classic installed on a MacBook Air (2019 RAM 8 GB / ROM 128 GB) and the official THETA Stitcher Plugin.

The second portion was led by Shotaro Igami. 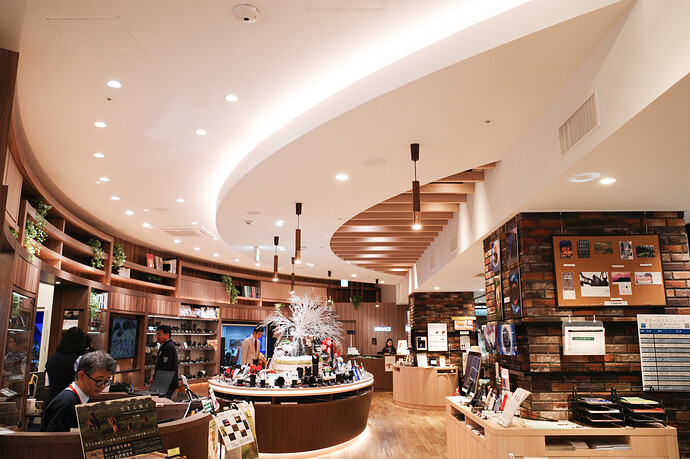 The event was held on Dec 23 and the THETA SC2 had just been released recently. 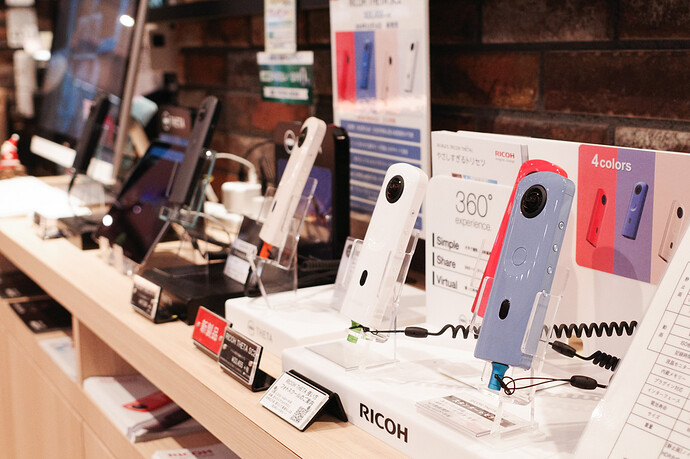 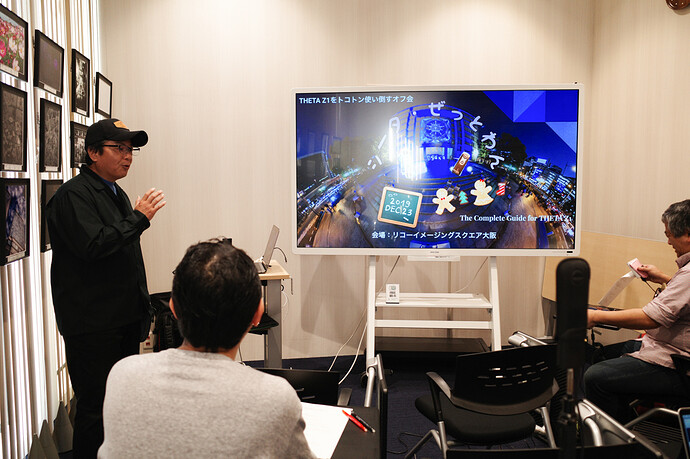 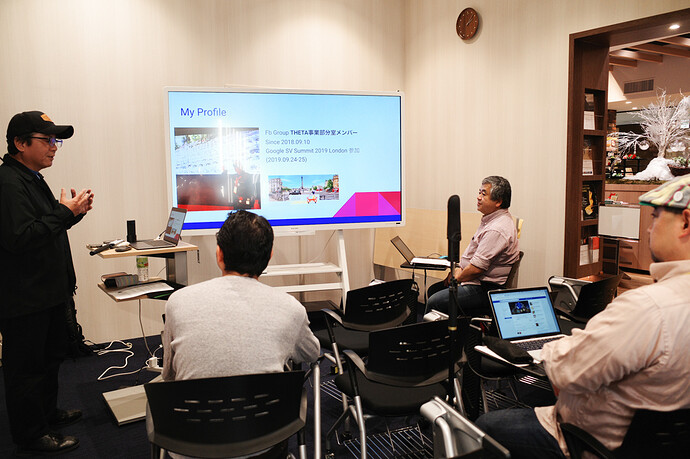 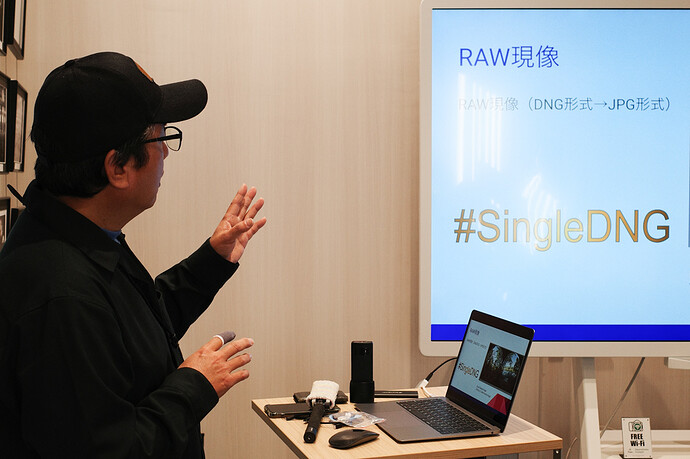 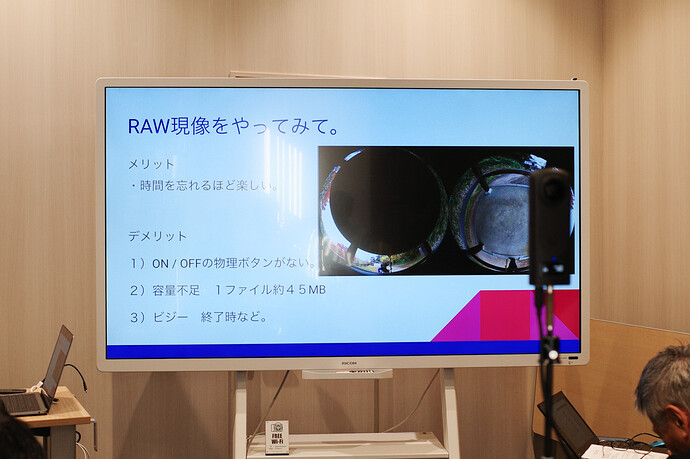 Although the RAW image is very enjoyable to work with, there are some challenges:

Surprisingly, if you shoot in RAW, JPEG can reproduce to a certain extent the part of the image that has been overexposed or overexposed in the RAW development process.

The photo above (the image taken with THETA in the bell of Mizunjizoin) was blackened out, but when the shadow was raised by RAW development, the doodles that were written inside were clear And came out! 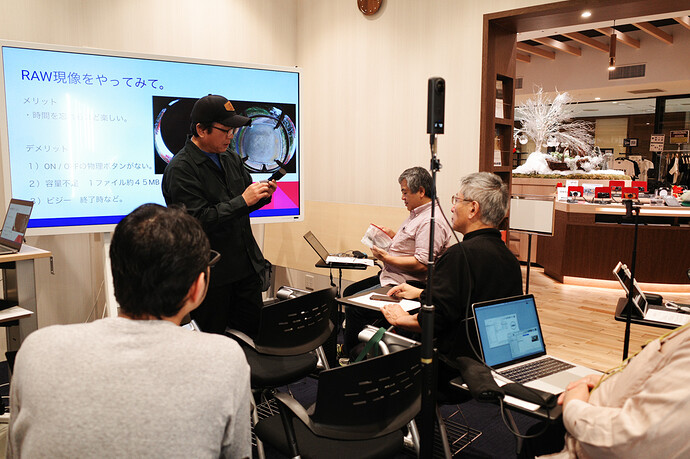 The demonstration showed how to import images taken with the THETA into Adobe’s “Lightroom” software to edit the RAW files. 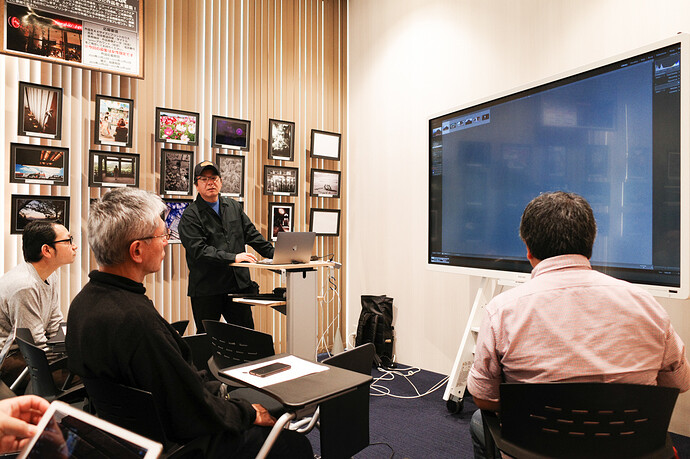 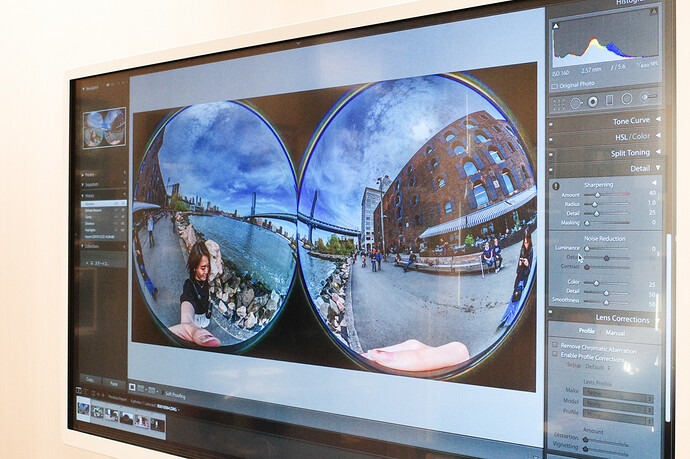 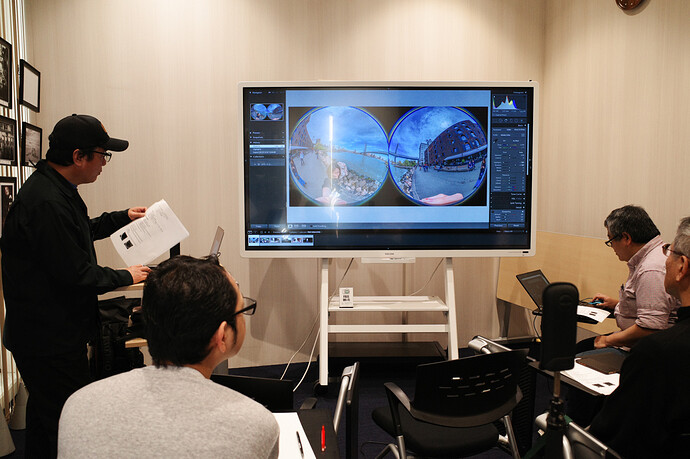 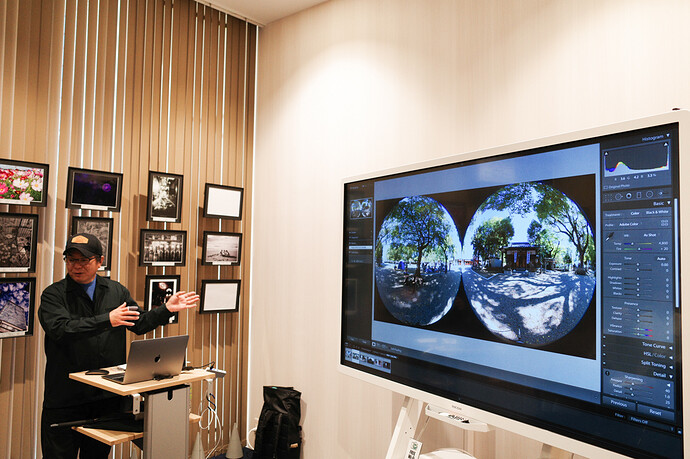 In the “Photo Session”, a night view was taken on the roof of the OMM building where Ricoh Imaging Square Osaka is located.
Instructor Ikami taught the basic concept of manual shooting, including how to change the setting values ​​to brighter and darker exposure preferences and shoots. He explained the differences and benefits of each tripod type. If you use small feet so that the legs of the tripod are not reflected in the wind, it is easy to fall down by the wind, so put the rucksack on the tripod feet or stabilize it with a heavy stone. 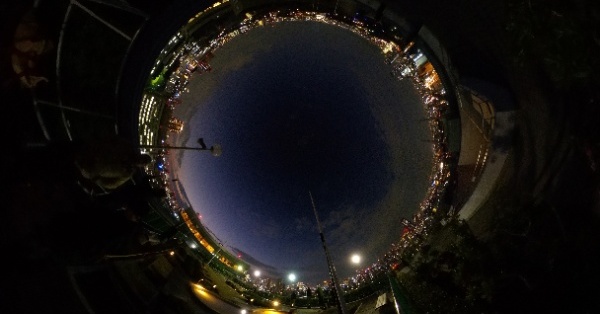 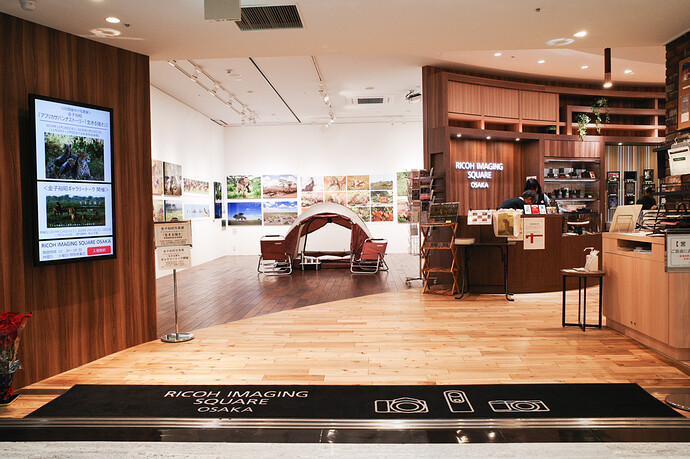 Thank you very much for your sharing and complete translation.

Just to confirm, the third bullet point on the slide means that the DNG processing takes longer, right?

It says “busy at shutdown and other times” and I believe that means it’s busy processing… so maybe doesn’t respond quickly.

How is this different from taking normal JPEG images? This is under the section for Demerits (デメリット), which would indicate that there’s a disadvantage to using the DNG images compared to the JPEG. Maybe it takes longer to process the DNG inside the camera? 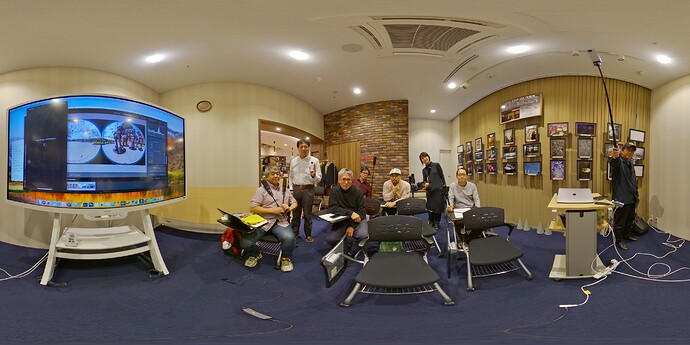 Hi, Craig-san and Jesse-san.
Most of Japanese like using メリット/デメリット(merit/demerit) instead of Pros and Cons. You may be confused with the weird Japanese habits?

I can say tons of advantages in RAW development with using THETA Z1. I wanted to show them through Google Slide demonstration.

I wrote three of デメリット(demerit) to emphasize good points of Z1 Raw images. They are just an IMO.

How do you think? I always use basic app for Z1 shooting. I don’t take videos with Z1. It must be the harder 360 cam than anyothers. Using plugins is always too much work.