3.7.3. version doesnt work! “fail to load file” error. Luckly I saved an older version, but i have to reinstall it everytime because of your automatic update. 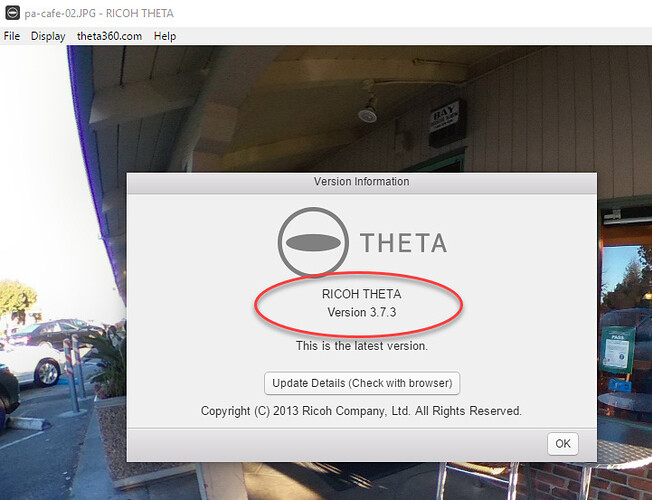 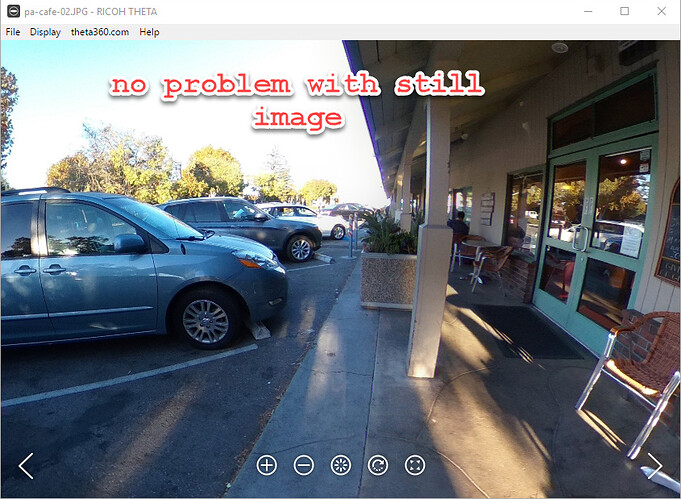 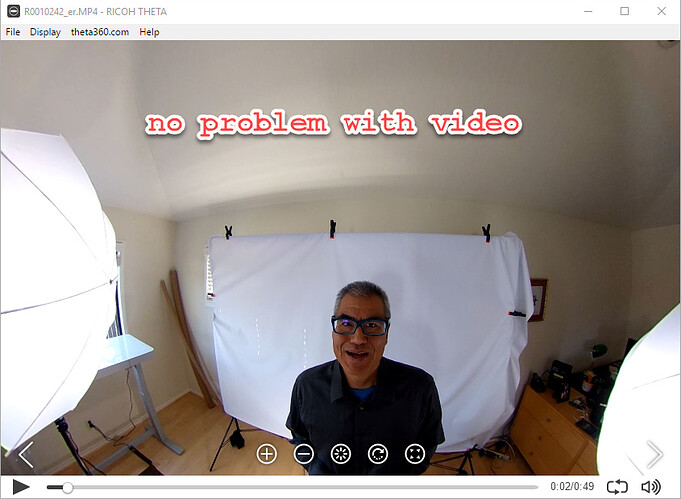 Ok, so u dont have a problem with it… but several brazilian schools do. 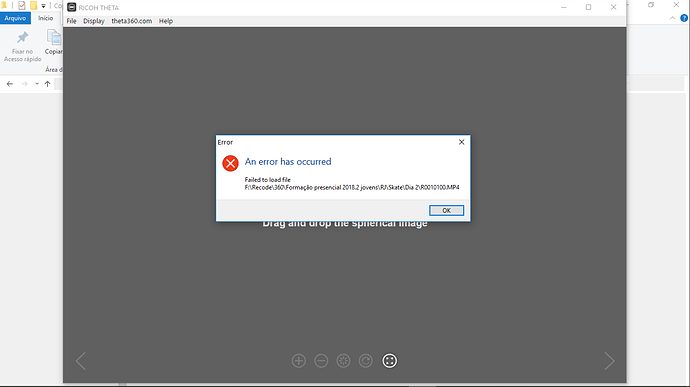 Is there a RICOH support center you can call?

This is not an official Ricoh site and I don’t work for Ricoh, so I can’t provide any type of official comment on the problem. You’ll likely get better help from Ricoh.

You can of course continue to try and get help from the community of people here, but it’s unlikely we can replicate the problem. Maybe it’s specific to the version of Windows or desktop OS used in your country?

Happy to try and help, but this is a community site with people like you. We don’t have any special access to the Ricoh software. It also seems like the problem might be specific to the version of windows and desktop application you are using.

By posting here, you’re trying to find another person that owns the camera with the same problem. It may be tough to find this person as the desktop application is working for most people. Also, this site is primarily for software developers, not end-users, so you’re dealing with a smaller group of people. You might have better luck asking a general group that deals with people using the THETA, not developing applications for it. There’s more people in a group of camera users than camera developers.

We’re just normal people with THETA cameras on this forum. It’s the same as if someone asked a question and you answered the question for them.

The Windows TV and Movie player can play 360 videos. Have you tried that? 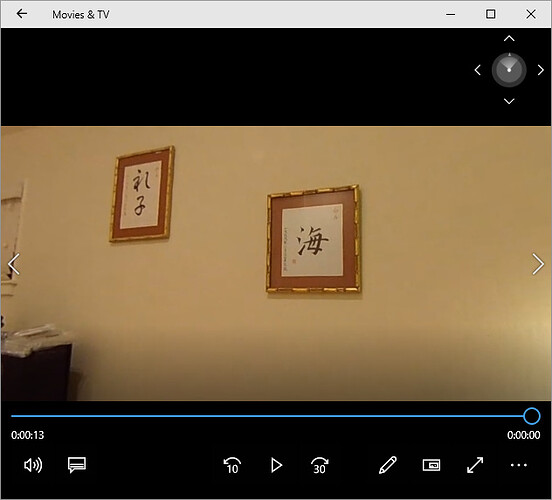 You can also try to use Google Photos to display 360 images.

This is how the image looks on Google Photos. 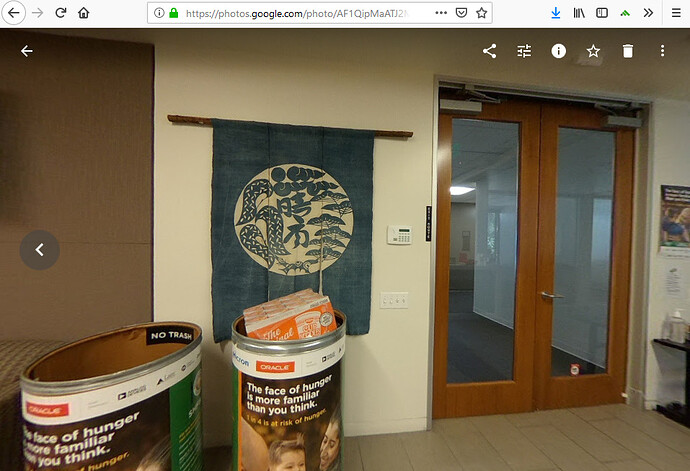 Hi.
Same problem here. (I’m from Portugal. Wonder if it has something to do with language pack). I’ve instaled 3.7.0 version and problem is gone. I think I’m going to wait for 3.7.4. version before upgrade.

Thank you for this report. How did you get the 3.7.0 version? Is this something you already had on your computer?

If there’s a wide group of countries impacted by this, I think the best strategy is to contact the official RICOH support channel so that they can collect data to fix this.

Maybe they can make the earlier version downloadable?

Has anyone seen this? It happens after updating to the latest version 😖

I still cannot replicate the problem.

Same issue here… Resolved by installing an older version. Selling my Theta V and S and buying an Insta360 X on Black Friday

Thanks for the link. I think it will help other people with this problem.

Can you share what language or Windows version you are using? This problem seems to impact only certain versions of Windows, possibly related to the language support of Windows.

I’m assuming that Ricoh is going to release a fix for this soon as it appears to affect multiple people. I don’t have any special information on the problem or solution.

It´s a 1709 in English without any language pack

It´s a 1709 in English without any language pack

Thanks. Yesterday, I had to uninstall my previous version of the Ricoh desktop app using the Windows “Settings” app manager and then reinstall a fresh copy that I downloaded. This is on a Win 10 laptop with no language packs.

I bought a ThetaV to do a review in my country (in my language), for personal use and to discover other functions of the developer mode. But the problems are at the beginning because Apps for Windows do not work properly (they do not open the videos generated by the camera).

App Basic even recognizes the camera, looks at photos, and has upgraded softwware to Version 2.50.1, but did not open any MP4 video generated by the camera (neither the original inside the camera nor the version downloaded to the phone).

Has anyone encountered this error? 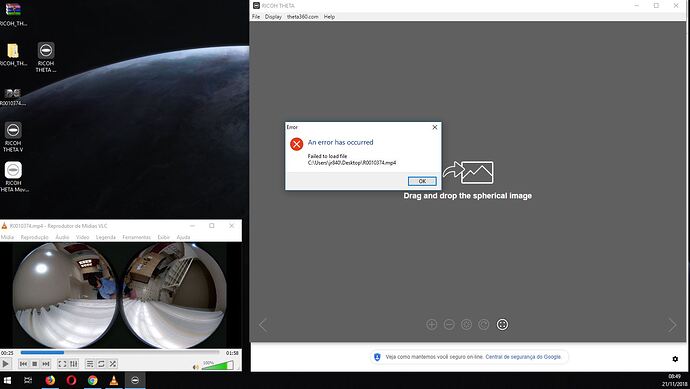 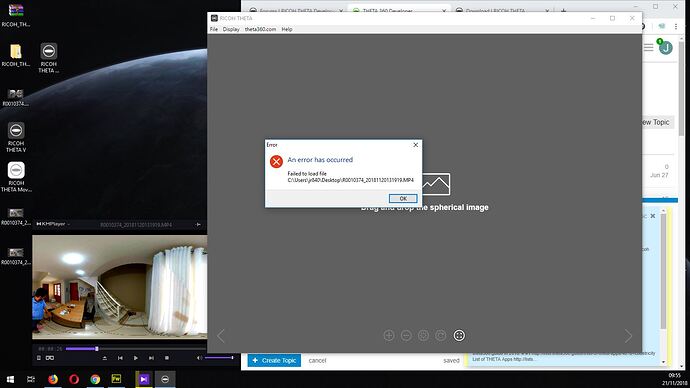 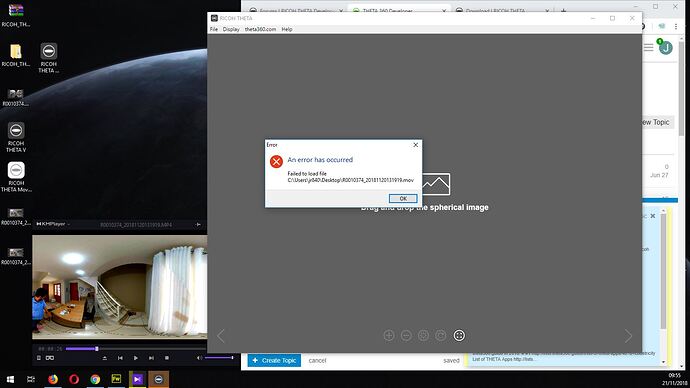 @Joao_Antonio, I moved this post into this topic because it looks similar to the discussion here.

Is it possible to contact the official Ricoh support in your country? This problem doesn’t occur for everyone, but other people have the same problem that you do.

In this thread, some people have reported success using an older version of the desktop software.

Hi Folks…
sorry but i have to make trouble with the Software-application from the Theta V
i am using a desktop pc with win 7 & 10…
i did my 360° footage with my new theta v…then i downloaded the rico-theta software to stich the footage…and then…everytime when i try to drag the original footage into the application…it shows an error-report with " An error has occurred- failed to load file"
i got the newest version on my desktop & the theta v´s is updated as well…adobe air is also updated…
how can this be? ricoh developing a 360° camera whose footage doesnt work with the original software…??? what the hell?
maybe you can help me…thx

If this is the same problem as below, I will merge this topic. A new version of the desktop app came out yesterday. Please try that. If it doesn’t work, try an older version. See the thread below.

I can’t replicate the problem.

3.7.3. version doesnt work! “fail to load file” error. Luckly I saved an older version, but i have to reinstall it everytime because of your automatic update. Please, make it stop.

The same problem for me - new 3.8.0 version didn’t work at all. Hopefully old version was stored - 3.7.0. - it’s working properly. Please solve the problem with new app and auto update.