How to streamline the images to third-party server

Interesting topic products with evolving ecosystem.
How can I streamline the images to third-party server for customized functions.

My original plan is fairly big with independent server. I would like to join the challenge and want to select one theme fit into the 2 months development period.
Regards.

You can get sample media at the link below:

Welcome to working with RICOH THETA, an Android 7.1.1 OS-based device. Once the 360 degree media (images, videos, live streaming) has been generated, the image processing or other programming that may occur in-camera can be built independently of having the hardware itself. You can create a plug-in without the camera with the no-camera-template. If you are applying for hardware, please read the document Dream and Build - Apply for Hardware Supplemental Information after you apply for hardware. …

You can reduce image size inside the camera with standard Android image reduction tutorials. For example, this one:
Sample Media and Development Resources

If you do not have a camera, you can get started with an Android Virtual Device and put the sample images in /sdcard/DCIM/100RICOH/ on your AVD with adb push

That is great to work with Theta with many ideas brewing.
One of intesting topic is VR embedded 360 video or photo. How about QT for mobile as IDE in APP development.
I could creat new 3D objects and plugin them into the Theta. I would like to try, can you provide several suggesions on the feasiblility.
Thanks.

Easiest way to do this with A-Frame. Search on this forum for many examples. Unity is also very popular. 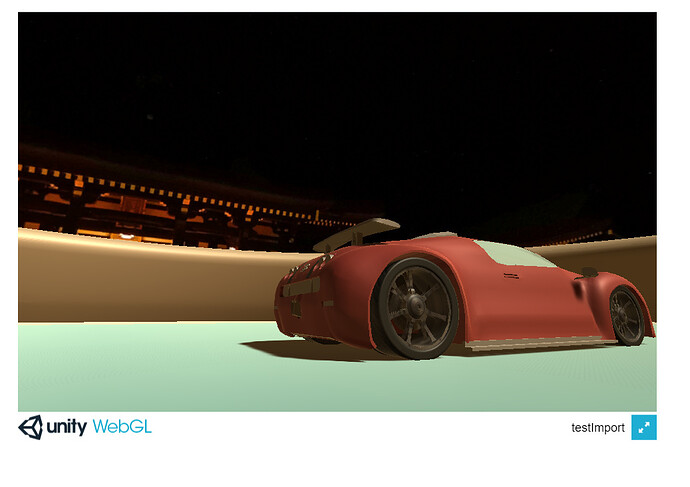 You can create this type of interface: 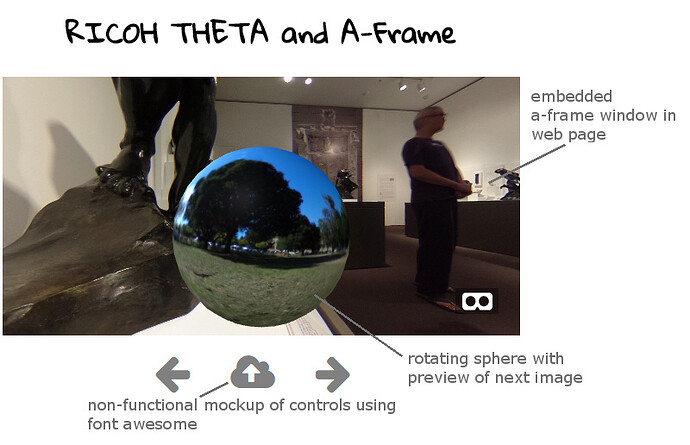 You can also add in 3D objects 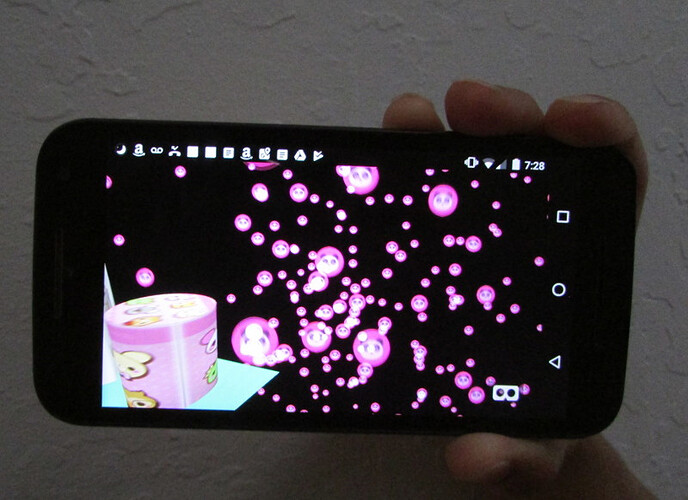 You can get normal 3D assets that you download and insert them into the scene. 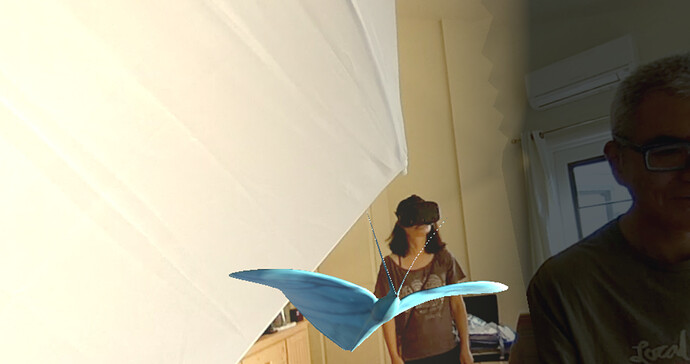 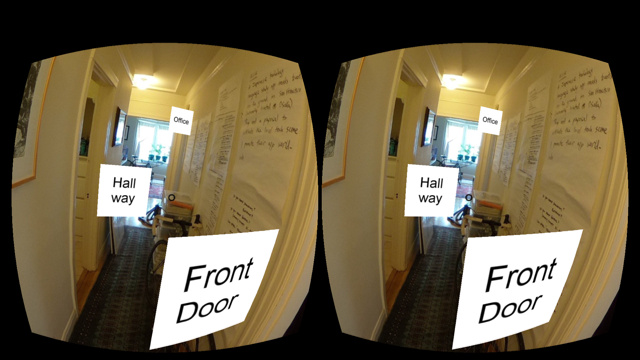 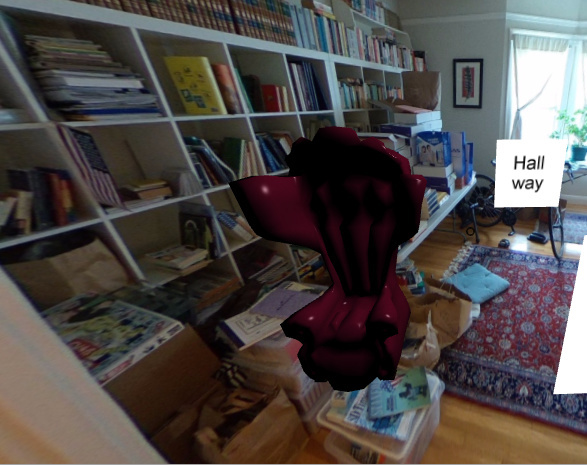 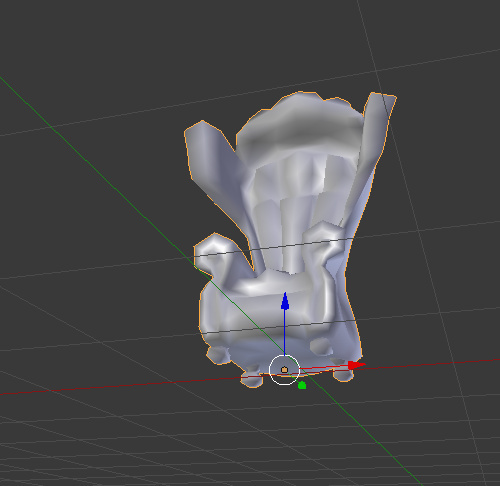 @fyaosx, I’m just adding some more information here. RICOH put out a version of the THETA focused on an animated character. The code for this may not be accessible, but as an example of overlaying 3D objects, maybe it’s worth looking through.

@codetricity’s hands-on review from a year ago: 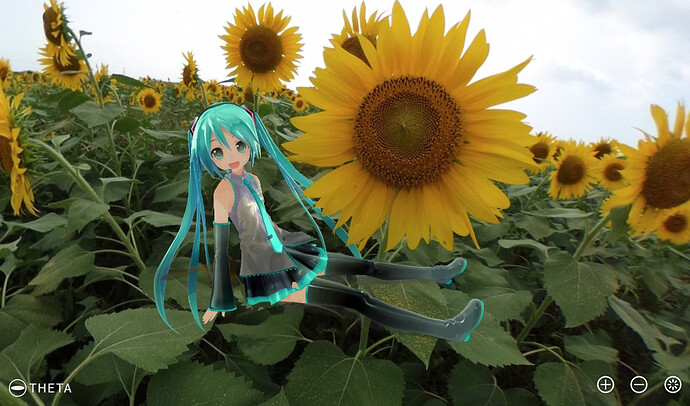 that app has accurate shadows: 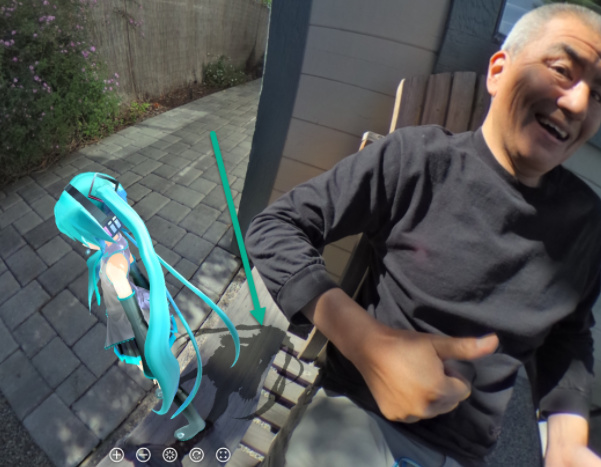 It also enables an object such as a leaf to be in front of the 3D asset. 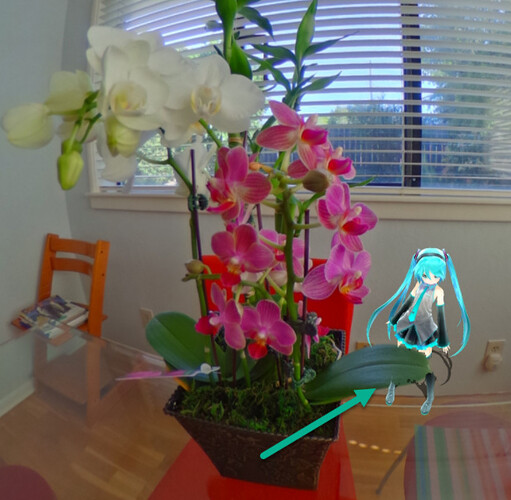 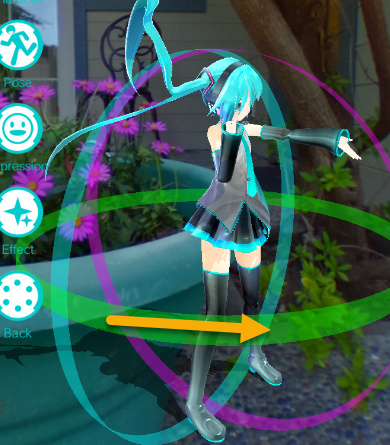 Another possibility using the Hatsune Miku concept is to use a separate mobile app to exchange data directly with the plug-in, eliminating the need for a third-party server.

Remember that the plug-in can serve up HTML assets from the camera with a library such as NanoHTTPd. A companion mobile app could take the assets and cache them on a separate mobile device.