I’m interested in 360° storytelling techniques. If the viewer isn’t “directed” to look at a specific narrative, what are they doing? How do you tell a story? This is an example of a professional attempt at building a compelling narrative from PBS Digital Studios. In this case they are using 360° to “show both sides” of the US civil war. It does not use a THETA, it uses a high-end rigs from Jaunt and GoPro, but I’m posting it as a relevant example of 360° storytelling.

Also, they provided a Behind the Scenes video which is interesting, talking about the actors being alone without a camera crew and more:

MY BROTHER’S KEEPER is a Civil War narrative that pushes the boundaries of immersive storytelling while remaining anchored in historical fact. It is inspired by the PBS drama series MERCY STREET.

It tells the story of two estranged brothers who, fighting on opposing sides of the Civil War, unexpectedly reunite on the battlefield at Antietam. As we walk into battle with Ethan (19) and Jackson (16), we flash back to glimpses of their young lives to understand what has led them to this extraordinary, life-altering moment amid the carnage and brutality of war. The VR short film uses innovative technologies and techniques to create a cinematic experience that brings this pivotal period of American history to life - placing the viewer not only at, but in, the Battle of Antietam.

This is very interesting thank you.
It is similar to what I intend to use 360 for in that I want to tell the story, a true one, to the court room so they can see the whole crime scene as if they are there.
When we used laser scanners the court said the technology was to advanced to introduce to the jury so with photography we can do so much more.

Keep up the good work

Hi @jcasman may be the Within app and Website are something for You
Note: Your tablet or Phone should be a newer one to be able to play back the WITHIN 360 Content
you can choose between Strem or Download if you are on a Slow internet connection. 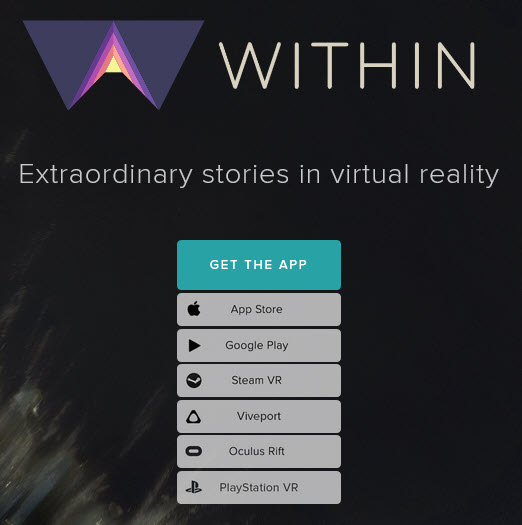 Click on Experiences to Watch the latest in the browser

Have you done any work in a courtroom? Do you have any examples of 360 being used in legal settings? I’d be really interested in finding out more.

At a hackathon with the RICOH THETA, one group placed a THETA between a speaker and their audience and used the Microsoft Face API coupled with HPE’s facial recognition API (I think) to be able to gauge audience reaction in (close to) real-time to the speaker’s comments and jokes. I thought it was a great use of 360 because you’d want to be able to see both sides at the same time. Courtrooms or other legal situations might have the same dynamic.

@svendus, Wow, looking through some of these videos, pretty neat content. The tour through the White House (“The People’s House”) is really cool. I’m playing with this app some more this weekend, I’ll let you know how it goes.

Hi Jesse and others,

Could not make it to the meeting with the educators in SF. Have been unsucessful in connecting with Azine from San Roamon School District.
Am a docent at Angel Insland out in the Bay and do school tours for the state parks of the Immigration Station. Am trying to create a stand alone tour using bot still and Ricoh Theta S pics to show a tour on an iPAD with any connectivity…Microsoft apps like PPT won’t recoginize Theta VR

Saw Craig Od’s sharing with Glitch, but I am not a coder like you guys

Thanks for tips and directions to where to go and ask…

Hmm Maybe this link will work:

Am a docent at Angel Insland out in the Bay and do school tours for the state parks of the Immigration Station. Am trying to create a stand alone tour using bot still and Ricoh Theta S pics to show a tour on an iPAD with any connectivity…Microsoft apps like PPT won’t recoginize Theta VR

Roundme is a simple and beautiful online app that allows you to create, share and explore Spaces.

Google Photos will also work for

Large number of apps listed here under “Uploading and Sharing”

This is a comprehensive listing of applications that work with the RICOH THETA. It is intended to be continuously updated by the community. New list here: https://theta360.guide/app/ Hot apps and trends from the community Brand new apps In-depth,...