This camera is initially not intended for consumer use and is only available as a development kit. As it is intended for use with other equipment, the RICOH R Development Kit has no internal battery. I believe that the lack of internal battery will help with the overheating problem of the current THETA S. The case design also resembles a heat sink and will help with the cooling. The camera can live stream for 24 hours.

Would love to see if the camera can be turned on with the USB cable. I don’t see a button on the case, so I think you just plug it in and use it like an USB webcam (I hope it works this way)

I’m itching to get my hands on this unit and will try and get a Dev Kit as soon as it’s available. Sadly, the Pre-order button is not active today. On the YouTube chat at CES, I heard that the RICOH R DevKit will be available in April. 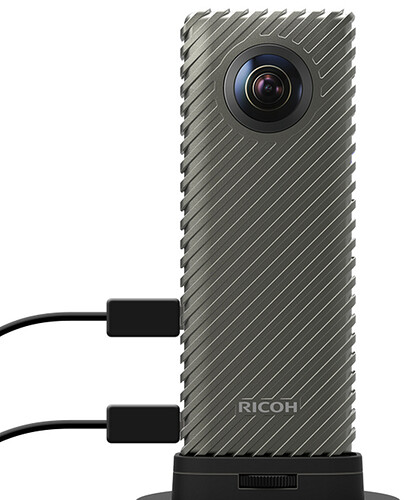 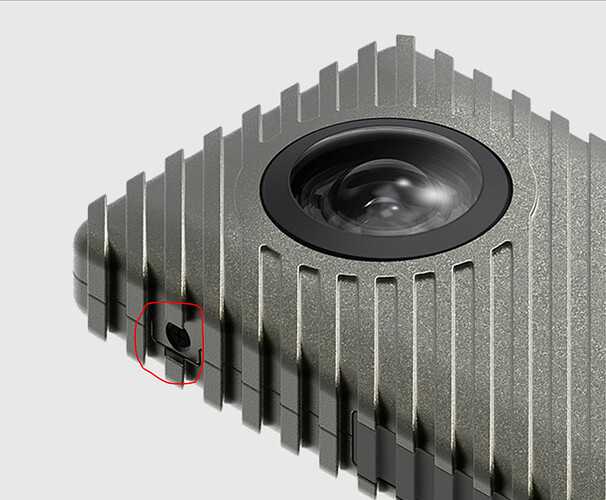 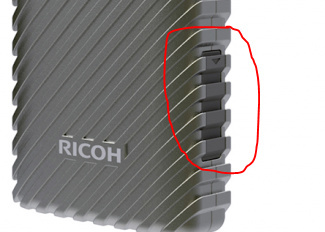 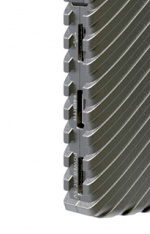 The development kit for the RICOH R, in addition to 24 hr continuous recording, will also livestream 360-degree video in 2k resolution with 30 frames per second for a full 24 hours as well. Livestreams are output via USB or HDMI, while recordings are saved on a lightweight micro SD card. Files are saved as MP4s in H.264 format with an estimated file size of approximately 120/MB per minute. An AC adapter is required — the camera does not have a built-in battery.

The dev kit will come with the camera, a stand, a downloadable SDK, image-control tools, and source code. The RICOH R camera stitches the images into a fully spherical format inside the camera body itself, whereas the Theta requires output to a separate software on PC or mobile to become fully 360. Ricoh's next 360-camera will change how you see live events

The camera promises to live-stream fully spherical video for up to 24 hours. 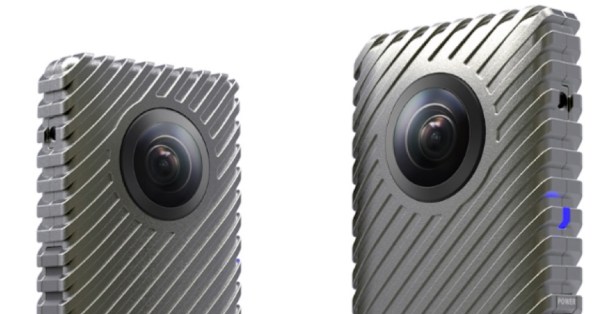 Ricoh announces the R, a camera that will make 360-degree live streaming easy...

Following from the company's successful Theta S, Ricoh today flirtatiously lifted the veil on an upcoming product that will make live streaming 360-degree content a breeze. For now, the company is making a camera available for developers to start... 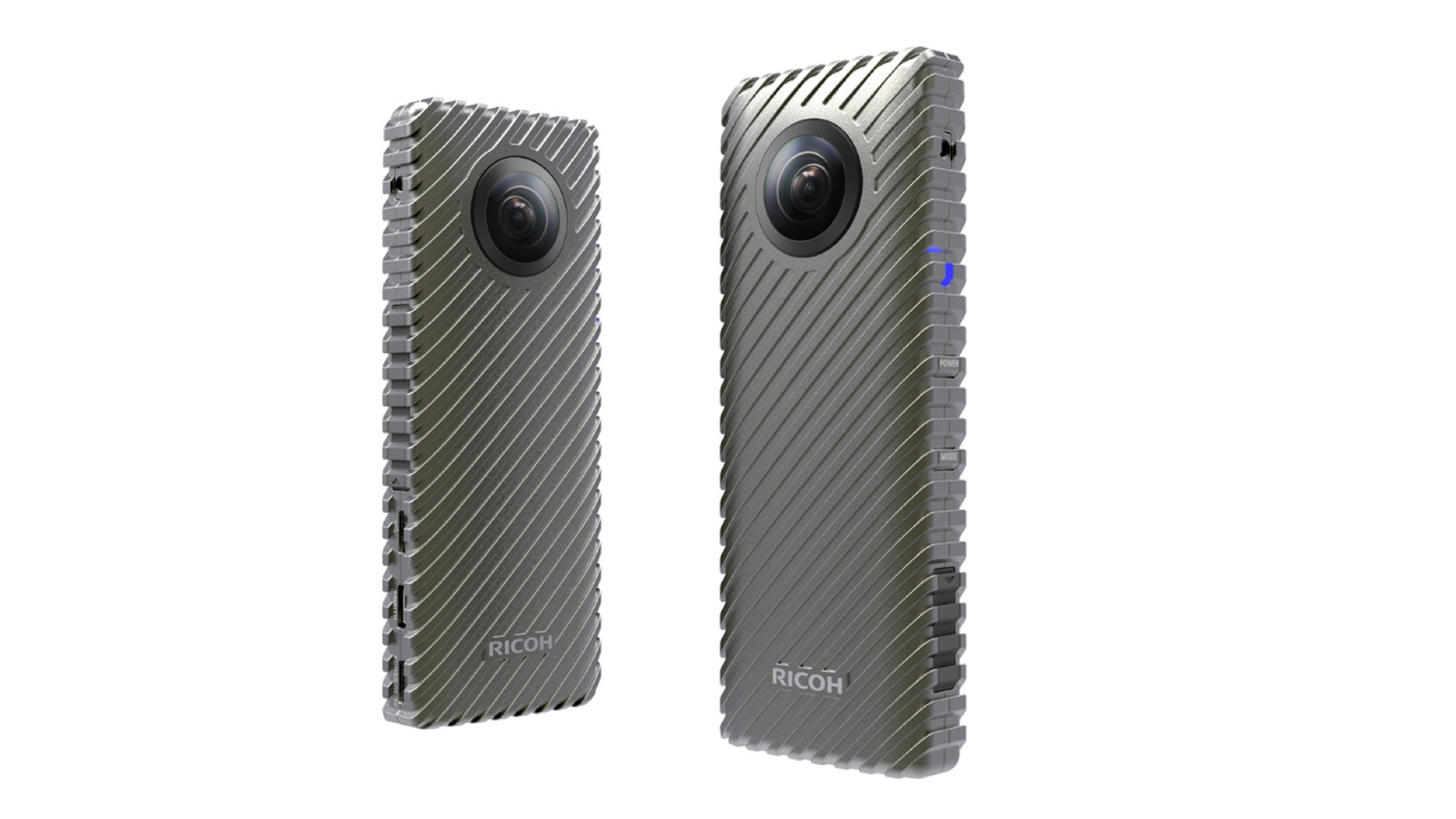 Plugged in, of course

Making an appearance at CES 2017 this week, Ricoh R is a camera capable of recording 360-degree video for a full, continuous 24 hours. Building on the success of the Theta, one of last year's best 360-degree cameras, Ricoh has announced the Ricoh R — a camera designed for long spherical live-streams.

An AC adapter is required — the camera does not have a built-in battery.

or do the camera also have inlets at the bottom

I imagine that the internal technology will be able to crop out the cables. I’m not sure though. I have not seen the camera.

There was also a mention that the RICOH R Development Kit will be available with camera control software that is open source.

The chat session on YouTube indicates that the dev kit will be available in April.

Jumping in here, I’m a little behind. This announcement caught me a little off-guard. In think for developers and businesses looking to build products and services, this could be a really interesting new device.

There are a lot of items that look really great as a developer kit:

All of these items (I’m just cherry picking the good ones, there are more) could make this a great platform for building things. Exciting!

Pre-ordering is “coming soon” - Does that mean it’s pre-pre-ordering currently? - so I’ll be keeping my eyes peeled.

No battery, uses an AC adapter, can live stream up to 24 hours
Real-time stitching on the camera of the two fisheye lens videos
Can be controlled with video settings via USB
The source code for the video control tool will be publicly released

This sounds like a check-list of features that the developer community requested. So awesome! Can you get me a pre-release version for testing? I’ll sign a NDA if I need to.

There’s a 360 degree live stream of CES going on now.

There is a RICOH employee on site that is answering questions about the RICOH R Development Kit in the YouTube live stream chat window. 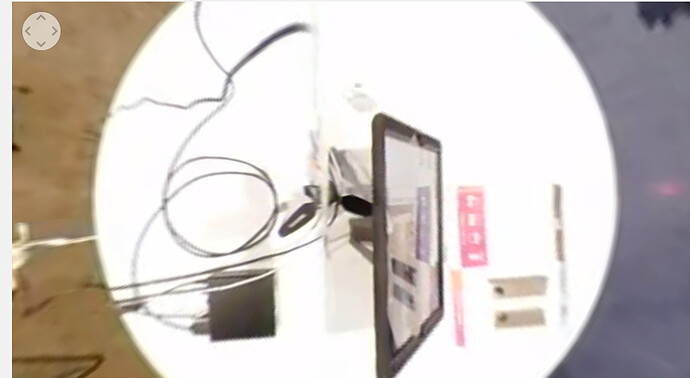 The HDMI port outputs an equirectangular video stream and plugs into LiveShell.

This is the view that I’m seeing on YouTube 360 stream now. 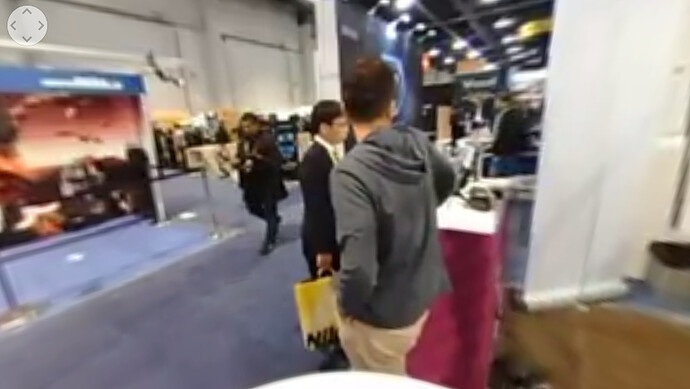 Streams nicely in 4:3 on an iPad 4 portrait and landskape 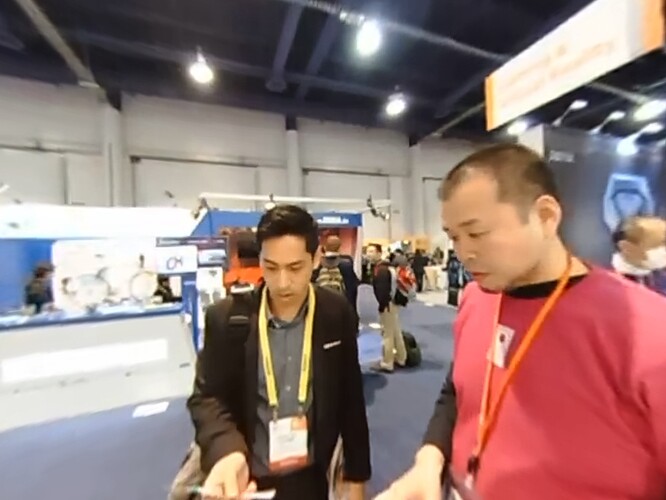 I agree despite the naysayers claiming it was a fail to not release a higher res camera. I think this device is going to really open lots of pro options up.

I’m looking forward to doing more with live streaming. The RICOH THETA S can do a fair amount, actually, but this will be a big step up. It would be fun, for example, to broadcast the RICOH THETA developers meetups in San Francisco, held about every other month. I think this device could handle it easily.

I agree despite the naysayers claiming it was a fail to not release a higher res camera. I think this device is going to really open lots of pro options up.

@paulgailey, thanks for joining in the conversation.

I think there’s confusion among people that the RICOH R Development Kit is somehow a next generation of the THETA. It’s not. My understanding from reading the available information is that this is not intended for consumer use. It’s a Dev Kit for engineers or product designers that want to use live streaming in their products for things like surveillance.

I think people want to see the next generation of the THETA S. There’s been no announcement about this yet. I’m sure that when the successor to the THETA is announced, it will be an upgrade in features.

What we have with the RICOH R Dev Kit seems like a stripped down version of the current THETA S with some tweaks.

Remember that back in December of 2015, an enthusiastic member of the community had hacked the THETA S to live stream equirectangular video in Full HD at 29.97 fps using the internal stitching technology of the camera. This is basically the same as the RICOH R Dev Kit. Unfortunately, this hacked camera was never released to the public. Now, it looks like a dev kit of this camera will be available.

This is a machine translation of the specs back in December of 2015 of the community hack.

This is the original Japanese.

This was the original hack back in Dec of 2015 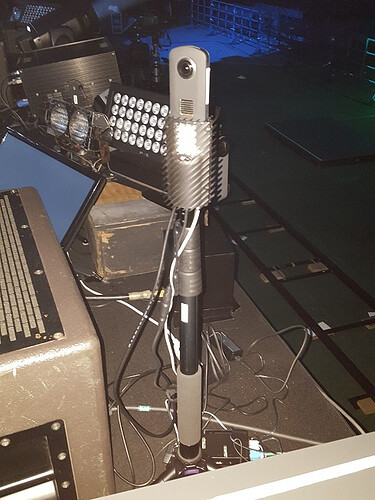 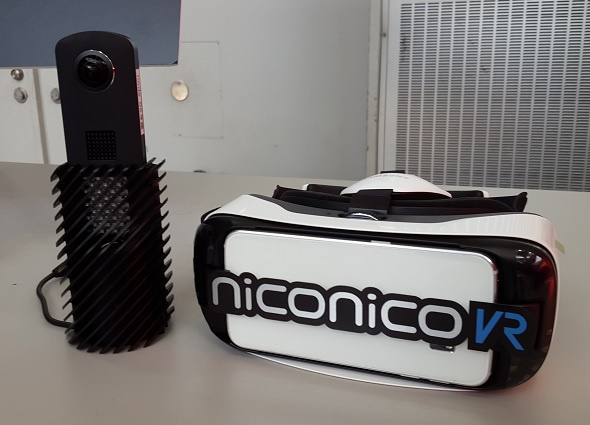 I think it’s a bit unfortunate that the public is confusing the technology dev kit that engineers can use to build things like VR prototypes or computer vision with the next generation camera.

It seems that the media also had a misunderstanding of the purpose of the DevKit, which is likely the source of the confusion. The release of the information at CES instead of an engineering conference may have also contributed to the confusion by the media.

Pre-ordering is “coming soon” - Does that mean it’s pre-pre-ordering currently? - so I’ll be keeping my eyes peeled.

A person on the CES chat indicated that it was going to be available in April.

I’m most excited about the camera because it appears from reading the public description that the camera uses the internal ASIC to do the live streaming. The ASIC is used for the still pictures which have great stitching. The main problem with using the ASIC is probably heat, which is probably why RICOH took out the battery and added the low-profile heatsink lines.

Back in Dec of 2015, the Japanese article indicated that the heatsink used in the hack was made out of plastic, not metal due to cost. I wonder if they have some metal powder in the plastic of the RICOH R Dev Kit to allow it to conduct meat more easily.

it would be great if it worked directly from USB in or on type: Google hangouts

I believe the output of the USB is also in equirectangular.

There’s a lot of interest in the RICOH R Development Kit. Today, someone was asking about the putting two cameras into a single computer and streaming two equirectangular videos into the same computer. I believe the person’s research is related to low-cost autonomous vehicle navigation and object recognition.

As the stitching of the spheres is done inside the camera, it’s likely (though untested) that we’ll be able to get two equirectangular streams into one computer and then do image processing on the two streams.

In addition to two cameras into one computer, there are a large number of other applications that the RICOH R Development Kit might be useful in:

We’re still in the pioneering stages of live streaming 360 video. Up until the RICOH R announcement, most people have been thinking of streaming as YouTube live streaming. This is primarily because people can’t find a good way to navigate the 360 video stream on a local device without a web browser. with the RICOH R, it will become much easier to stream the 360 video. If we collect information on how to view and navigate the 360 video stream on different devices, it will open up a wide range of applications.

Sirs, any forecast for sale of the RICOH R Development Kit?

Sirs, any forecast for sale of the RICOH R Development Kit?

During a live chat session at CES, a person mentioned April 2017. So, hopefully in a few months. This date is not confirmed with RICOH. I just heard it from someone at CES.

Master, do you know the function of the two cables?

One cable is power. One cable is video output. The camera can output from both HDMI and from USB. I think that the power input is on a separate cable.

I am searching cable USB extender for 10, 20 or more meters. I will test cable with amplifier, but at first the problem is the USB output of the computer that does not provide 1.5A. I believe that the USB output from the Mac provides a maximum of 1A. I’m going to try a 10-meter cable and see if there is data loss.

Now I understand why the update uses a separate power input from the USB data output. The problem is that we can not wait for the release of this new model. We have to make Ricoh Theta S work with a cable long enough for the MacBook Pro to stay behind the scenes. So the idea of ​​testing a USB extender cable.