Update May 18, 2018: Firmware 2.20.1 may freeze the camera when taking HDR pictures. The firmware has been taken off the Ricoh site due to this bug

If your camera is frozen, refer to this process.

Power button does not function.

The camera may have frozen.

The update process below will not work. If you are a plug-in developer with an “unlocked” camera and you want to use firmware 2.20.1, please contact me. If you’re using 2.20.0 beta firmware, then upgrading to firmware 2.20.1 will provide you with a more stable experience.

For plug-in developers, you should not develop with firmware 2.11.1 as the plug-in API changed.

I updated my firmware to 2.20.1 using a USB cable. The update went smoothly, but did take several minutes. Developers will need to manually update the firmware in their camera as the desktop application will no longer work. Please contact me if you are using a beta firmware and want to upgrade to 2.20.1.

On the RICOH site, the two improvements that are listed are:

Developers in the plug-in beta program know that this is a significant firmware upgrade for plug-ins and allows third-party plug-ins to run on the camera. Currently, the cameras still need to unlocked, but this will change in the future.

If you’re a plug-in developer, I recommend upgrading from the beta 2.20.0 firmware to the 2.20.1 firmware. In my tests, adb and the associated developer tools still function after the upgrade.

Update: If you’re not a plug-in developer, you should not upgrade due to the bug with HDR in firmware 2.20.1.

Downgrade does not appear to work. The screenshots below are only for plug-in developers that need the API in firmware 2.20.1. Unless you’re developing a plug-in do not upgrade. 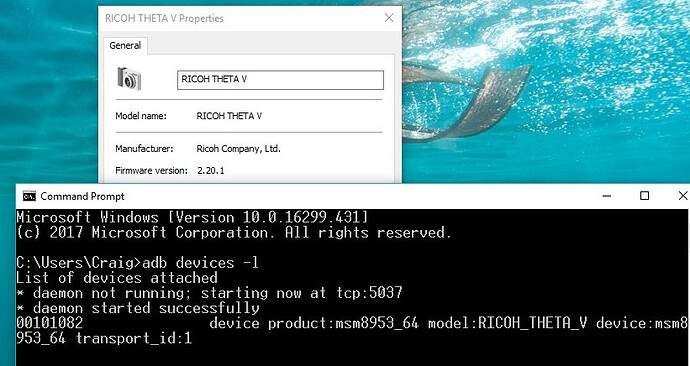 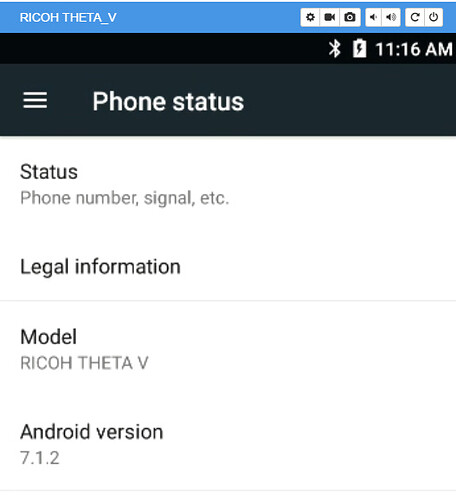 I just saw a post on local guides stating that it is not good to update the firmware. He stated that the issue is “The system seems to run out of control on the second and subsequent HDR shooting.
It is necessary to wait for battery exhaustion or forced shutdown.” Have you seen samples of this and do you know anything about this?

There is a problem.

You cannot downgrade, but I have not tried it. If anyone tries this, please report back success or failure. It most likely does not work.

See this from the Ricoh site

We are currently investigating the cause of this problem.

We have replaced ver 2.20.1 with ver 2.11.1 on the download site.
If the camera firmware is ver2.20.1, it can not be lowered to ver2.11.1. Please take care not to use HDR rendering shooting until next version release.
When the camera doesn’t work, refer to here.

We apologize for any inconvenience caused and thank you for your understanding in this matter. 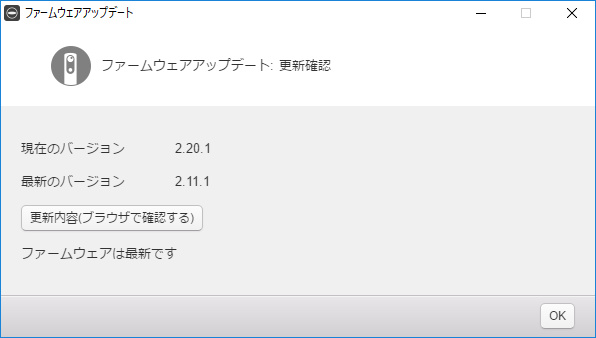 Thanks for pointing this out. Great to know about the problem.

If you are a plug-in developer, do not downgrade to 2.11.1 on your development camera as your plug-in will stop working. The API changed between firmwares 2.11.1 and 2.20.1.

Did you try the downgrade? Did it work?

No, My THETA V has been in the hospital since this Thursday. 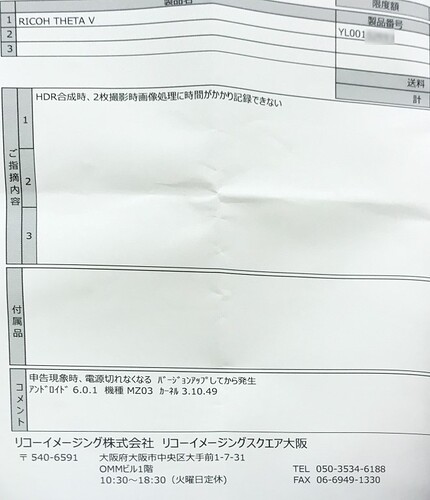 Sorry to hear that.

Power button does not function.

Community reports that HDR works with firmware 2.20.1 when LivePreview is turned off in the mobile phone app.

My THETA V is BACK!! Today! Wait patiently until the next firmware.

Yay, glad to hear you got it back!