@cbrand This is great to hear, I have @science-arts’s contact info, I’ll send them a message to make sure they read this.

When streaming over Ethernet, I can charge the THETA V over USB, resulting is very long streaming sessions. After 3 hours of streaming, my camera charge increased from 75% to 84% charge! 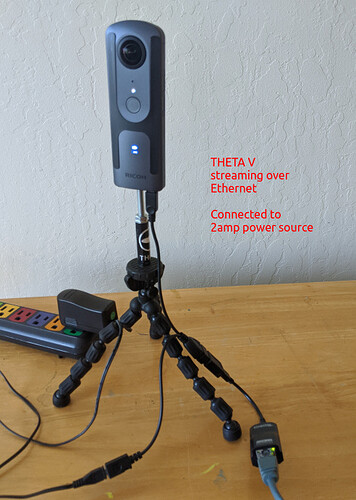 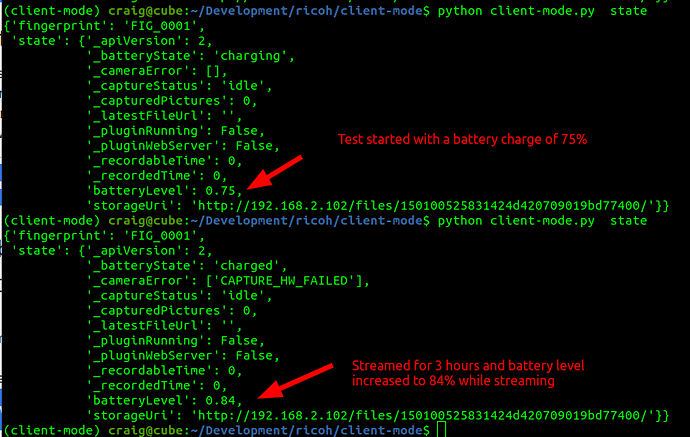 Inline current meter of USB power going into THETA V. The camera is charging while streaming over Ethernet. 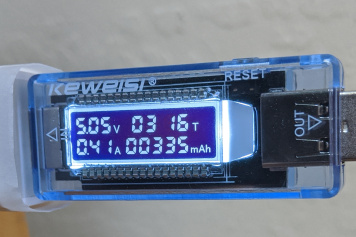 Tested with GoPro VR Player 3 on a Mac and you can view the stream with 360 navigation. 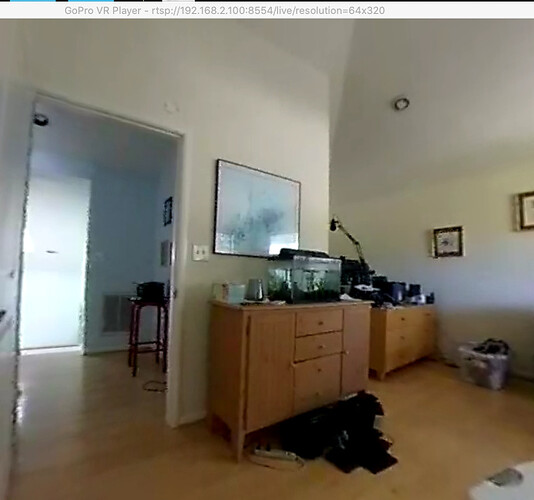 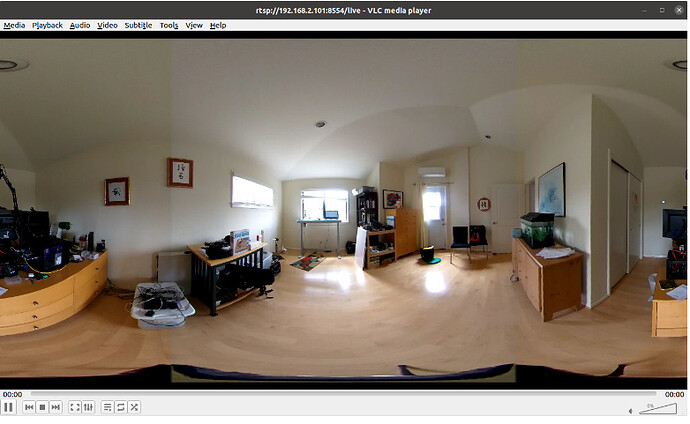 at 4K resolution, pushing 300 KiB/second over the local network. 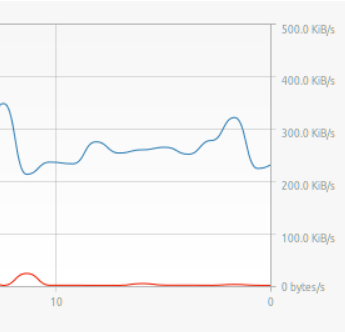 Is the camera hot? Try a lower resolution first and point a fan at the camera.

As of 7:51am, I’ve been streaming continuously from a THETA V to VLC for 14 and a half hours.

Using RTSP Plugin Running Over Ethernet as a video source in OBS. 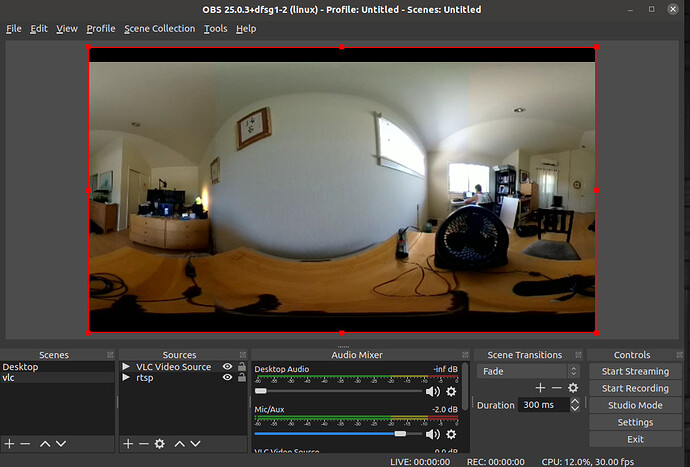 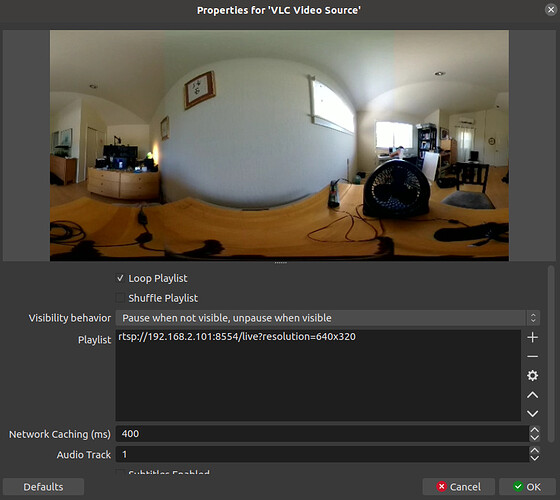 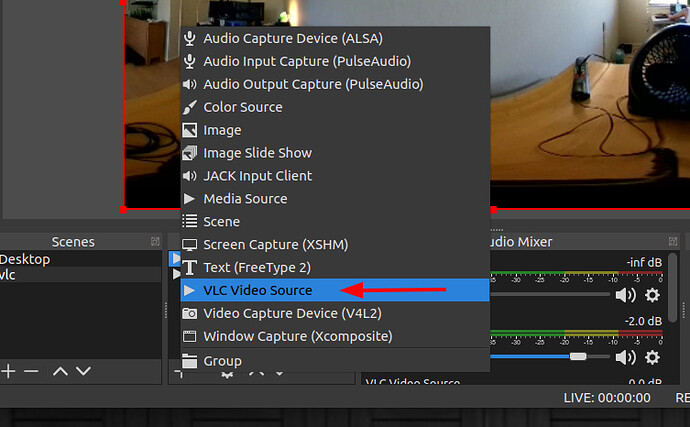 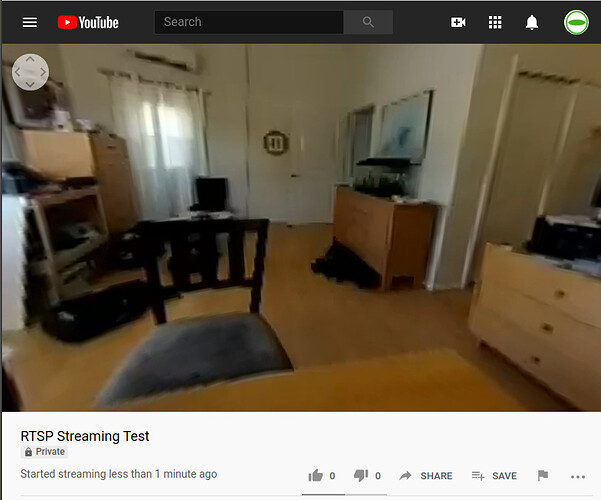 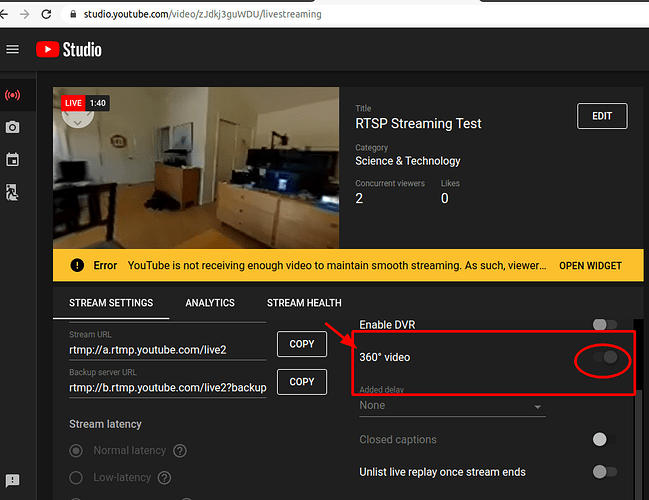 can you help to use the RTSP streaming work with Z1.
I couldn’t install it on Theta Z1.

Hmm, it may not be supported on Z1. 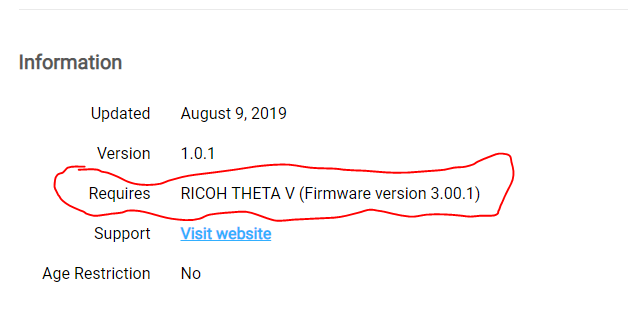 I get this type of error with the Z1.

Using this technique might work for you, but it is more involved. At least, it is a path forward with your current camera.

Live Streaming over USB on Ubuntu and Linux, NVIDIA Jetson

Craig– Thanks for the information. After trying various approaches, I’ve settled on a setup that I’m happy with. I’ll document it here for posterity. Firstly, I modified the pipe_proc line in the libuvc-theta-sample program to put the stream into a udpsink: pipe_proc = " rtph264pay name=pay0 pt=96 ! udpsink host=127.0.0.1 port=5000 sync=false "; I then run the test-launch program from the gst-rtsp-server server project with the following pipeline: ./test-launch "( udpsrc port=5000 ! appli…

I just tested the plugin and it is mind blowing

I am very interested in streaming the video into a VR headset that is programmed with my “home made” video player. I will keep you informed about my success or failures. So far video player only handle RTMP, so it’s not working yet …
My questions:

Thanks again for the great work !

Hi,
I have some problem with this plugin : Wireless Live Streaming. I tried to connect the camera Ricoh theta with the rtsp URL but the connection did not work : the LED " LIVE" is on, but there is no image on VLC and after a moment, there was a bip from the camera and the LED was blinked in red.
That’s a curious behavior because I succed the first time I tried to stream on VLC but now I can’t do it anymore. Can someone help me this problem please ? Thank you all

I’m using Theta RTSP Streaming plug-in.
I’m already use this tutorial, but it stil doesn’t work : the problem appears at the moment to watch the video in VLC : the camera makes a sound : bip and the LED is red. In fact I can see the video enven if the LED live is on

Do you have access to a Mac or Linux machine?

I’ve had problems viewing the RTSP stream on Windows 10 with both VLC and other software.

If you can get it working on one platform, you can then try and isolate the problem on another platform.

The source code for the plug-in is also available if you want to try and fix it.

No I can not work on Linux or Mac machine.
My colleague works on Windows 10 and it works on her machine so, I don’t understand where is the problem. Plus the first time I tried to stream it worked, I really don’t understand why the stream why doesn’t work anymore now.
Plus, what is the code for this plug-in ?

One version of the code is below. This fork of the ScienceArts original code has some additional documentation on the README and you can check the original ScienceArts repo.

The code works on Z1 too. ScienceArts updated the plug-in so that it works on Z1 in addition to V.

I also tried Go Pro VR Player. I was able to use it with 360 navigation on MacOS, but not on Windows 10.

I was able to use Pot Player sometimes on Windows 10, but not other times.

The may be a setting on Windows to increase stability, but I have not found anything.

If you solve the problem, please post your tests.

Also, my Windows 10 HDD has a problem and I need to reinstall Windows 10, so I am having some problems testing Windows 10 applications at the moment.

I purchased a new 2 TB SSD from Amazon.com, but I have not reinstalled Windows 10 yet.

Just to clarify that the plug-in in the store now works with Z1 with firmware 1.60.1

This may not solve the problem with some Windows 10 configurations. Please post additional test results.

Source code from the Science Arts repository is here:

RTSP plugin for THETA. Contribute to science-arts/THETA-RTSP-plugin development by creating an account on GitHub.

GREAT plugin!
Many thanks to @science-arts for the Ricoh Theta Z1 support!

For a quick test the RTSP-live stream view I would suggest the ffmpeg/ffplay: 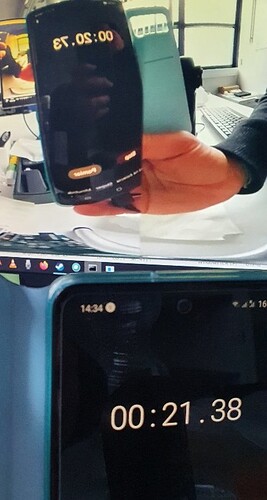 Thank you for posting this good, detailed, information on your test.

Thank you especially for showing the use of -fflags nobuffer. that may resolve some of the problems.

I’m going to test this in Windows 10 after I reinstall my OS.

I just tested the parameters you posted on Ubuntu 20.04 and it works great.

I wonder if there is a way to disable buffering on Pot Player on Windows 10? It has nice 360 navigation of the stream.

Just to share info, I’m getting some frame degradation at 4K on my network with ffplay. It still works, but the 2K stream is clearer.

I’ve just installed the Theta RTSP Streaming Plugin on my Z1 and pushed the stream through to VLC. I see it only displays in equirectangular format? How can I get it to 360 mode or is this not possible in VLC. If not possible what other streaming services can I use with this plugin for live streaming to display in 360 mode. Ideally I’m looking to use Youtube or Facebook. I look forward to your comments.

P.S Been testing Ricoh’s “Wireless Live streaming plugin” and it gets very hot. The above plugin gives me more hope