Looking for options as still can't get the RTStitcher to work

Pretty much as the title says…

I have struggled and struggled to find a method to convert an unstitched 360 image (dual fisheye - yes?) Theta V shot using the Dual Fisheye plugin into an Equirectangular image.

I have tried the RTS on my Mac (2011 model so not the latest OS but as new as can be) and on my Windows 10 desktop. The desktop was having other issues, so I decided to wipe it and do a fresh install, and one end hope was that RTS would start to work. It sort of does - as in my screen flashes, a TIF appears ion my output folder, and then I get the ‘no compatible DNG file’ message.

So… does anybody have any suggestions as to how I can:

I’ve tried Hugin, a trial of PTGui (latest), a trial of Flexify2 Photoshop plugin, and clearly I’m missing something because the end image either remains as a Dual Fisheye or some weird.

I’m probably just missing something real obvious, but for the life of me I can’t see what.

Can you post the screenshots of your process with the trial version of PTGui?

Also, post the dual-fisheye image you are trying to convert on someplace like Google Drive or Dropbox and put the link in this forum.

If you don’t have Adobe Lightroom, you can use darktable and GIMP on Linux or Windows/Mac to load and edit the DNG file from the THETA Z1. After light and color editing, you can stitch the images with PTGui on Windows/Mac. From version 11.13, PTGui includes a template for the RICOH THETA Z1. Workflow Move Files Onto Workstation [image] Load Images Into darktable On my Ubuntu 18.04 system, I have darktable installed. The DNG image automatically loads into darktable when I click on the image […

I believe the RICOH THETA Stitcher is only for the Z1 DNG images.

I believe the RICOH THETA Stitcher is only for the Z1 DNG images.

Ahhh - well that’s the first I heard of that.

It begs the question, if I can, with my V take multiple images via the DFP, and I can’t use the RTS, then how does one combine for the benefits of multi-exposures and get the resultant output, as expected?

There was a mobile app stitcher by Ichi Hirota for the THETA V dual-fisheye plug-in that the developer discontinued.

Further down in that thread, you can see the PTGui project file.

I have a trial version of the stitching app from Ichi for the dual-fisheye plug-in for the RICOH THETA V. It will time out at the end of July. If anyone wants a copy of it, please post here and I will send you a copy. It only works on Android mobile phones. There is no iOS version. Remember that to install the dual-fisheye plug-in right now, you need to join the partner program to put your camera into developer mode. According to people that joined recently, I believe there is no charge to jo…

These are with THETA V: 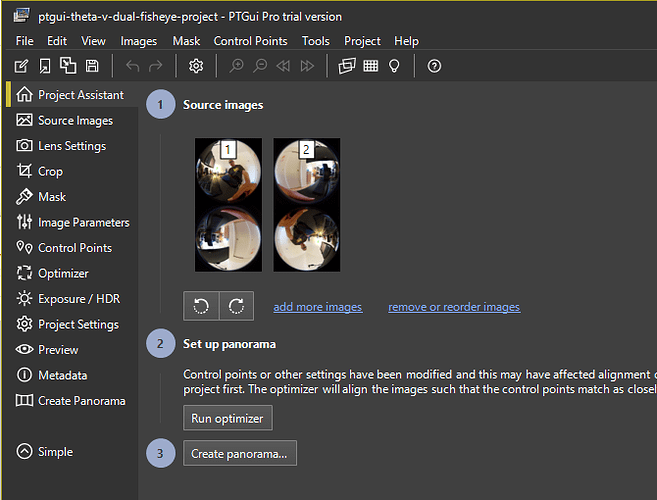 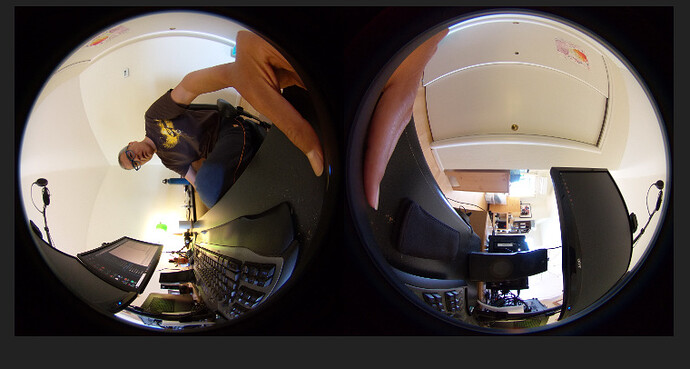 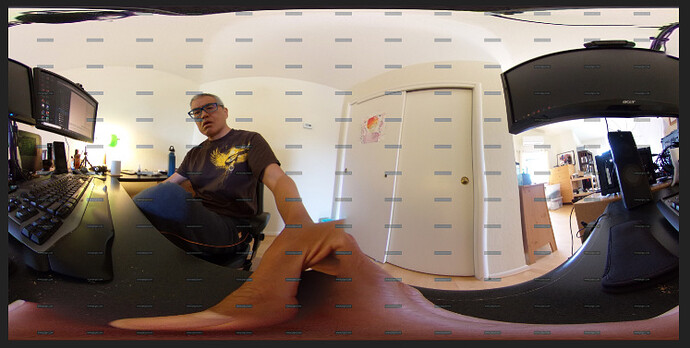 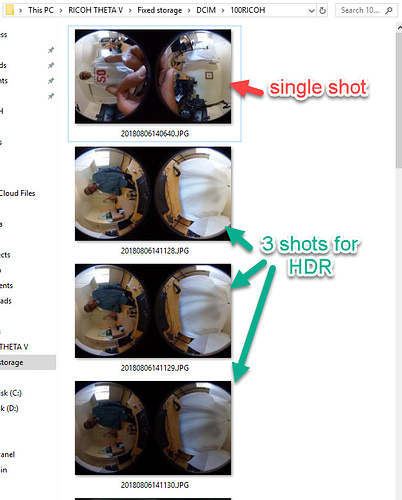 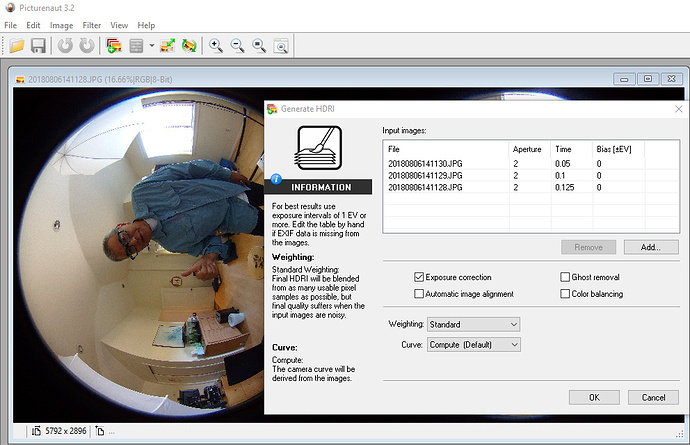 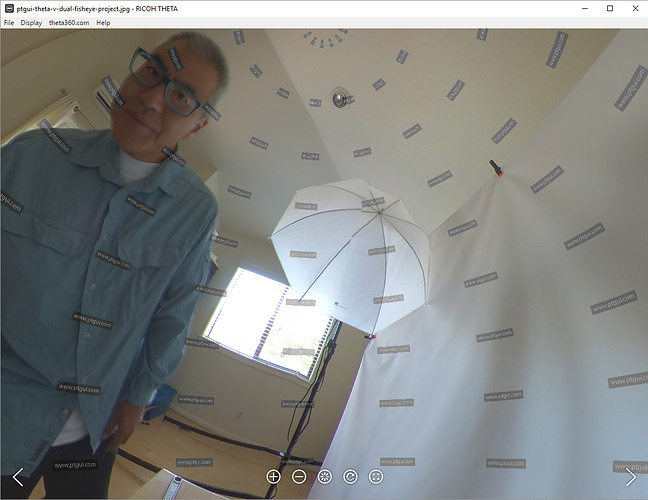 Shame it has been discontinued for the V, but I guess that’s entirely his right to do whatever he wants. As it appears we are never going to get RAW on the V then the only real solution would be to use the DFP and create an HDR from the resultant JPGs.

I simply don’t have the money for a Z1, and even if I did I’m not sure I could justify the purchase even to myself. As I got my V for an absolute bargain from a work colleague that wasn’t enjoying it, the price differential for me is huge. Ah well.

I’ll go read the thread you’ve linked and see if it is worth me going into Dev mode and maybe we can persuade Ichi to remove the time out aspect.

EDIT: Just realised you meant the stitching app times out, not the DFP.

you don’t need to put the camera in Dev mode. That discussion was before the plug-in was in the store. It’s in the store now.

Also, this plug-in may do what you want.

Do you need the images in dual-fisheye or are you trying to create custom HDR files to get better light info?

If you need the dualfisheye for speed and the cost of PTGui is too high, try using Hugin.

Do you need the images in dual-fisheye or are you trying to create custom HDR files to get better light info?

If you need the dualfisheye for speed and the cost of PTGui is too high, try using Hugin.

It’s the higher dynamic range I’m after - as a photographer I have gotten used to only shooting in RAW and editing afterwards to what I want. With JPGs that editing ability is restricted but with an HDR of JPGs, you essentially get a poor man’s RAW file.

So, what I really want is to be able to extract the unstitched files, combine and edit and then stitch. It is this last bit that I can’t seem to do.

As to Hugin, yes, I’ve tried that as well and is my go to tool for panoramas but it is likely me, or the way I’m presenting the file(s) that is not getting me the results I need - aka a stitched file at the end.

And should have said - I’ll take a look at that plugin though I suspect it will do the HDR for me.

There’s a super long discussion about Authydra at the link below, but just scroll to the very bottom.

The main points are: 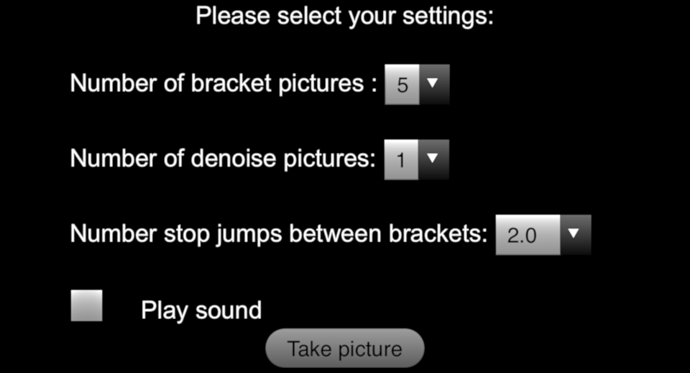 Hi all, I created a new plugin. It takes a series of bracked pictures and merges them one HDR exr file. Main use would be for on set vfx shoots. You just plant the camera, push the button, run away, wait (30 sec for all the pics, 1 min for the merge) and download the exr. It measures the middle lighting situation and bases the other pictures of the bracket on that. It takes 2 stop increases. It tries to keep the iso as low as possible but also the exposure time, when exposure gets above 1 se…

Just my shorthand for Ricoh Theta Stitcher - sorry for any confusion.